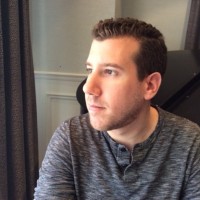 Jordan Adler is a Toronto-based writer, journalist, and cultural critic. His writing has appeared in Screen International, Toronto Film Scene, Arts & Opinion, The Review, We Got This Covered, and the Canadian Jewish News. He received an MA from Concordia University’s Mel Hoppenheim School of Cinema, where his thesis focused on documentaries that explored nonviolent activism and peace-building movements in Israel-Palestine. His research interests include Israeli and Palestinian cinemas, representations of the Holocaust in film and television, small-screen auteurs, film festivals, and film criticism.