Robert Siodmak’s The Spiral Staircase (1945) is both a thriller and a mystery but not in equal measure. Indeed, the mystery is a little weak: The film makes such an effort to cast suspicion on Steve Warren, and only him, that there can be no doubt of his innocence. However, this isn’t a serious flaw as Steve’s apparent guilt—like Helen’s muteness and Mrs. Oates’ taste for brandy—serves to increase Helen’s peril at the climax. Believing Steve to be the murderer, she locks him in the wine cellar, which means he can’t come to her rescue later when Prof. Warren reveals himself to be the killer. Accordingly, it isn’t important that we believe Steve is the murderer so long as Helen does. As this suggests, the woman-in-peril motif constitutes the movie’s dominant—that is, the “formal principle that controls the work at every level, from the local to the global, foregrounding some devices and suborinating others” (Thompson, 89). 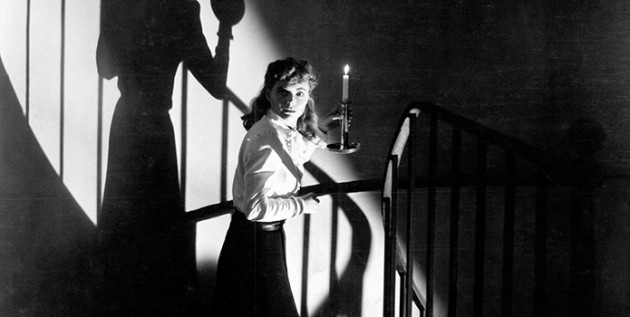 It’s instructive to compare this film with a detective movie like Howard Hawks’ The Big Sleep (1946), in which the viewer only knows as much as the investigator does (or less). Here, on the other hand, the opening sequence—which takes us down a small town main street circa 1900, into the hotel where Helen is watching a silent film, and then up to the room of the limping woman who’s about to be murdered—flaunts not only the narration’s omniscience but its strategic gaps: the movie could show us the killer’s face but chooses not to. Also, in contrast with the heroine of Siodmak’s Phantom Lady (1944), Helen makes no attempt to solve the mystery herself. The film leads us to suspect Steve long before she does, and instead of her unmasking Prof. Warren at the story’s climax, he voluntarily reveals himself as soon as he thinks they’re alone. Instead, her principal function in the narrative is to be a potential victim. Her muteness makes her a likely target for a killer who preys on women with “afflictions,” and prevents her from calling out to the constable after she learns Prof. Warren is the murderer.

As is common in mystery stories, the narrative’s scope is highly circumscribed with nearly the entire movie taking place in and around the Warrens’ home over a single night, thereby limiting the pool of suspects to just the men in the house. At the same time, however, there are several characters—Steve, Ms. Blanche, Dr. Parry, Mr. and Mrs. Oates—whose presence isn’t strictly necessary to bring about the resolution of the plot; on the contrary, they retard the progress of the narrative simply by being present in the house. The number of such extraneous characters is essentially arbitrary, and the movie could be extended indefinitely simply by adding more of them. However, for the viewer to accept all these superfluous people, the film needs to justify both their presence in the house and their eventual departure. Accordingly, it’s necessary for the movie to establish early on that there are only two doctors in the village—of which only the younger Dr. Parry is sufficiently dedicated to his work to make house calls after dark—to motivate Prof. Warren calling on Dr. Parry to attend to his ailing mother, and the doctor’s having to leave in order to see to another patient nearby.

Needless to say, it would be too convenient for everyone to clear out of their own accord so as to leave Helen alone with Prof. Warren, but in order to keep the killer’s identity a secret, the movie can’t reveal how he manipulates the other characters until they’re already out of the way. Accordingly, when Mrs. Oates steals a bottle of brandy from the cellar, there’s nothing in George Brent’s performance to indicate that Prof. Warren knows what she’s doing, as he claims to later. (At the moment when Mrs. Oates nicks the bottle, he’s off camera ostensibly looking for the candle she threw to the floor to create a diversion.) But whether or not Prof. Warren knew what she was doing, the result would be the same: Mrs. Oates drinking herself to sleep. On the other hand, although the film establishes prior to Ms. Blanche’s murder that Prof. Warren and Steve are both equally jealous of her, we’re more likely to suspect Steve as she’s just ended her relationship with him. Furthermore, while Brent underplays the scene in which Prof. Warren voices his disapproval of Ms. Blanche’s relationship with Steve, Gordon Oliver as Steve puts great emphasis into his voice when he tells Ms. Blanche she’ll regret leaving him.

As this suggests, the screenplay by Mel Dinelli strives to minimize the role coincidence plays in the story. Accordingly, while the movie doesn’t need to explain Helen’s muteness (some people are just born without the ability to speak), by giving her a traumatic backstory, the film not only permits the possibility of a happy resolution to her romance with Dr. Parry—the dream sequence in which Helen imagines their wedding day implies her handicap is the sole obstacle to their union—but also links her more strongly with Prof. Warren, who has a traumatic backstory of his own. Helen, we learn, stopped speaking after watching her parents die in a house fire, while Prof. Warren murders disabled women to prove to his dead father he’s not a “weakling,” like Steve. By the end of the movie, he even comes to represent the physical embodiment of Helen’s trauma. While spying on her in the house, the killer imagines her without a mouth, and when Mrs. Warren disposes of her son with her revolver, Helen instantly regains the ability to speak. (Appropriately, in her dream, it’s Prof. Warren who gives her away.) By hinting at such a connection between her and the killer, the film motivates its choice of Helen as its protagonist, rather than some other disabled woman in the village. 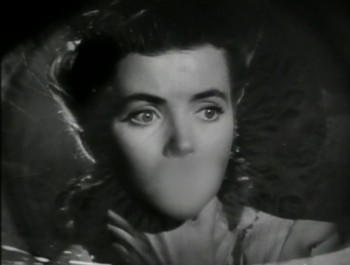 In light of all this redundant motivation, Steve’s suspicious behaviour stands out as peculiarly underdetermined. When Prof. Warren confronts Steve with his muddy boots, which contradict his claim he spent the afternoon at home, he replies portentously, “So you’ve unmasked me,” as if admitting to something much more serious than taking Ms. Blanche out for a date. What’s more, the film never explains why he tells Helen to forget about Ms. Blanche’s murder: Is it because he realizes he’s the most likely suspect, or is it that he knows his brother is the killer but doesn’t want to tip his hand until he’s collected more evidence? The movie’s reticence on this matter is all the more striking in contrast with Prof. Warren’s compulsion to explain everything to Helen before he kills her, as if he were the villain in a Bond film. (He doesn’t say anything to the limping woman or Ms. Blanche before he murders them.)

As I noted earlier, the narration is omniscient but only selectively communicative. In particular, Siodmak generates suspense by alerting us to the killer’s presence in a scene while withholding his identity. The first time we see him, hiding in the limping woman’s closet, her wardrobe conceals his face except for one eyeball peeping out through an aperture, and the woman’s murder takes place offscreen while the camera frames her raised hands in close-up. Similarly, just as he’s about to throttle Ms. Blanche, both she and the killer disappear into a deep shadow so that all we see of the murder are Ms. Blanche’s hands jutting out into the light on either side. Alternatively, as Helen walks towards the Warrens’ home, a flash of lightning briefly illuminates the murderer creeping in the foreground with his back to the camera (something Helen doesn’t see). Of course, Siodmak could’ve staged the scene so that Prof. Warren was in the background with his face to the camera—just as he could’ve had him murder Blanche in a well-lit room in plain view—though to have revealed the killer’s identity so early would only have made it all the more apparent that Steve’s odd behaviour is a device to retard the narrative.

But while it’s easy to imagine a radically condensed version of the movie without Steve, Ms. Blanche, the Oates’, the constable, and the limping woman, I’m not convinced it would make a better movie—not only because the murder of the limping woman vividly illustrates the danger Helen is in, and the constable’s chat with Prof. Warren explains why she’s particularly at risk (to say nothing of the comic relief provided by the Oates’ and Blanche’s sex appeal), but because the presence of so many people in the house makes Helen’s sense of aloneness at the climax all the more powerful in contrast. In other words, the movie’s extraneous supporting characters don’t merely delay the resolution of the plot but enhance it. So although it’s not strictly necessary for The Spiral Staircase to be 80 minutes long, I for one wouldn’t have it any shorter. 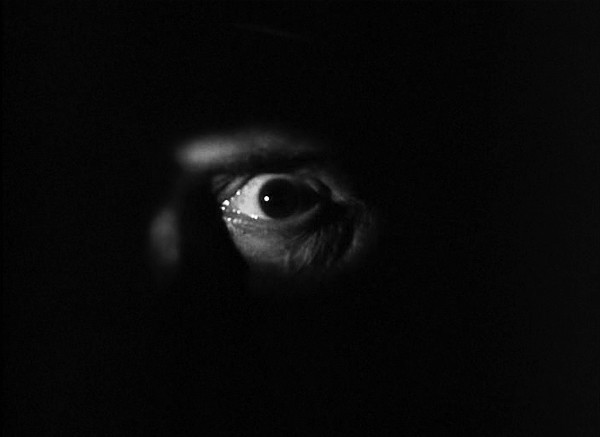