If We Seized the Surface of White Water With Both Hands…

This text is presented as part of the ÉMERGENCE series, organized and presented by la lumière collective, in collaboration with the online journal Hors champ and Offscreen

If with both hands we seized the surface of white water, an isolated water glistening against the night sky, then, as in a dream, if we could straighten the surface like a large upright and heavy mirror before us, to ultimately bring its reflection indefinitely closer to our eye, as if to plunge right in – whether this eye here be purely mechanical or biological –, what we would end up with at the end of this gesture, at the very depths of a combined mirror and eye, would only be the vanishing point where, on the fringes of the visual field and beyond, men and things behind us vanish, until we reach the blind spot that breaks the view. These are two shots that appear in Telemach Wiesinger’s Motor (2011) and Europa (2012), two films in many ways closely related to Passage (2008). Reflexivity that seeks to go beyond this point, where things bend before disappearing, like kneeling in farewell or prayer, and where what is seen follows the natural tangent of its disappearance; such reflexivity demands that it always proceed by bend and trickery. Thus, with a little craftiness, the idea of the film-poem could be defined as follows: At the end of its sorrow, the reflection that until now had taken the arid path of abstraction finally takes its knocks and slaps to return to the world. Other adventures await it, but it cannot leave reflexivity or abstraction behind. This is the story of an abstraction that wanted to become concrete. And, as in the land of fairy tales, the bend it must take is like two peas in a pod at its point of arrival. – Abstraction’s most common scheme, which certainly offers many benefits, yet at the same time has at least as many drawbacks, is that of a decantation and then a formal reduction of the object by the knowing subject. Derivatively speaking, a thought is considered abstract – of course, when it is too abstract – when it no longer even takes the trouble to consider the object and violently subjects it to its own ends. But the abstraction of the film-poem Passage is quite different. More paradoxically, it follows the crossed lines of a singular dialectic, particularly adapted to the filmic image. It is a question of plunging into the sensitive object, of being submerged in it, with the conviction that a material idea must be lodged there, and holding fast to this conviction like a breath that one retains, exposing oneself at length to the object’s resistance, to its mute language of mute things, in the (ever disappointed and ever reborn) hope that the medium of film can give birth to the idea that the object carries. It is no coincidence that in Passages, when several images are superimposed and crossed, it appears to be the outline of a cubist painting. That every aspect may finally converge around the idea, which takes the shape of a mother finally found to whom her little ones run to gather round. Here, the length of the shots is subtly close to the poetic description, its pictorial reverse, where to increasingly prolong one’s gaze on things – hold it there – is at once to summon things to respond with their thousand tiny twinkling eyes. 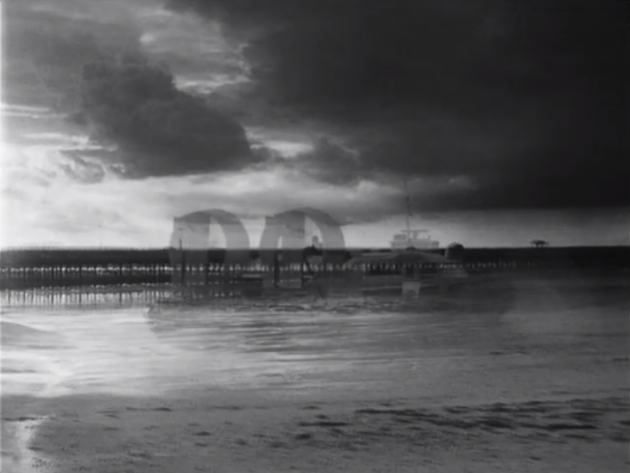 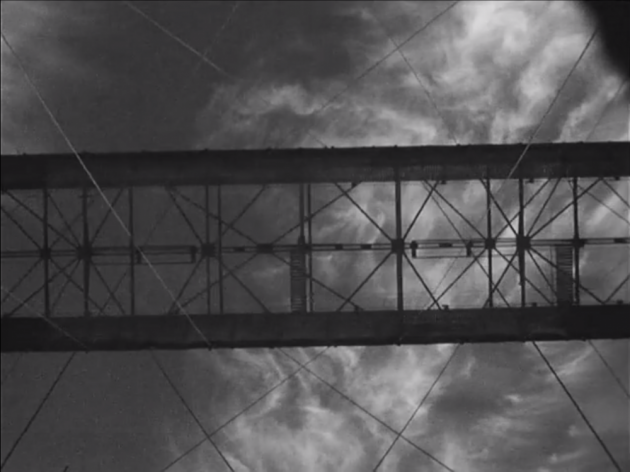 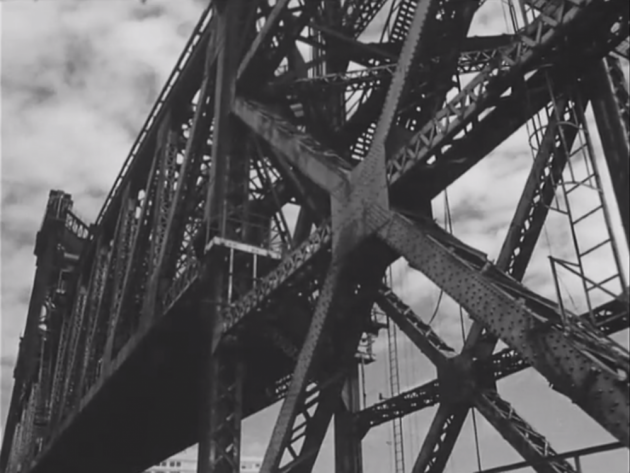 The material idea can be sensitive, it can also be historical. But there is no sensitive coordinate which is not at the same time historical, and no historical moment which is not ultimately recorded as being a sensitive issue. Passage’s cordinates, however small they may be, are placed precisely at a point where history and immediacy meet. So what is this idea that we think we see there? – In the 1970s Harun Farocki directed a series of short children’s programs (Einschlafgeschichten 1-5) in which two little girls lay in bed and, just before falling sleep, asked each other what they were imagining. These are some of their answers: A bridge that folds down like two arms, another which turns like a carousel, a boat on a road over a canal, then a boat in an elevator, or a boat with teeth. Wiesinger’s film echoes the dreams that the two young sisters have at the end of the film, once asleep. And if we woke them and reversed the game by asking them the idea of the dream they were having just now, one of them could start by answering – a first suggestion stemming from the prismatic idea that leads to the interpretation of the dream – “I saw passages crossing one another. The passage of day and night over the passage of water.” And the other sister could further elaborate, “What is passed over can in turn pass over.” Then the first, urged to go further, would exclaim, “There must surely be a secret passage, a lasting passage between what passes and what makes it pass.” And finally, in a sudden whisper, the other sister would conclude with a question, “Should we be able to settle into the passaging?” – Attaching oneself to what passes, settling in, wanting to eternalize it, has always been one of the central motivators of poetic writing. 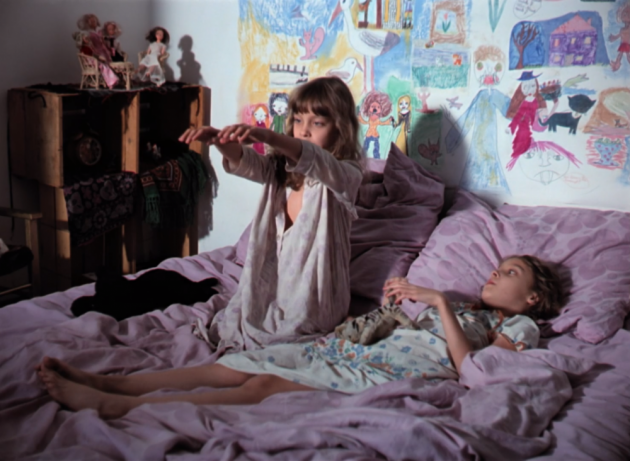 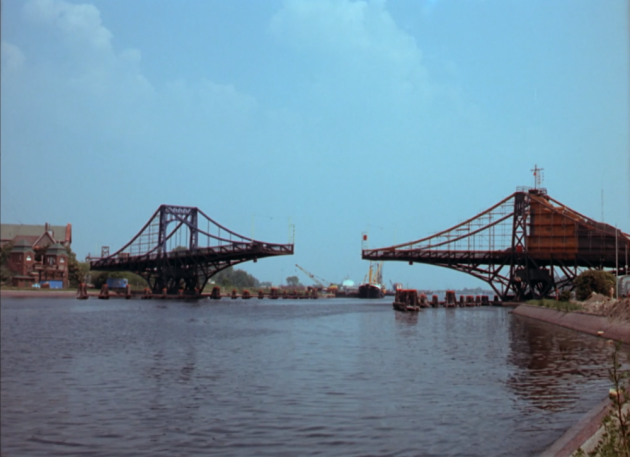 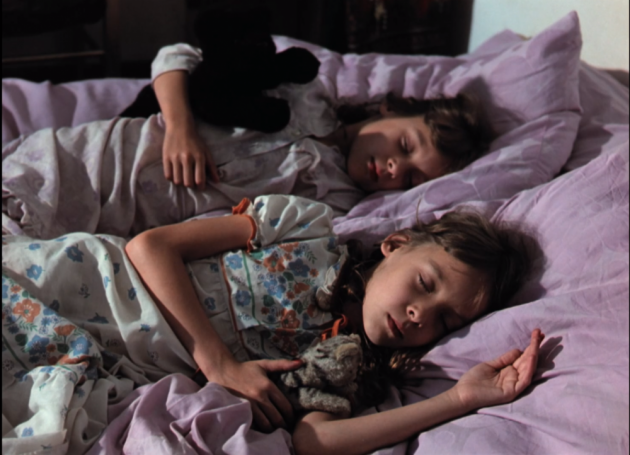 Passage is something of a graphic elegy. On its moving pictures, the film has this sensitive idea, a kind of exhausted wisdom that one would guess from the deaf cries of these old moving bridges: Things that pass and get lost could be saved by images that pass and get lost too. The medium appears on its own in its object because both have too much in common. Against the background of a sky where fine clouds fade away, a film made of old steel scrolls and cuts the sky into successive frames. One of the picture’s corners is darkened. Passage seized its subject by trying to see itself, but to see itself was precisely to seize its subject, to isolate it like a blueprint and then fill it with images. This is the trick. Wiesinger held tightly to it, just as a survivor of turbulent waves clings firmly to the bank on which he has finally been washed up. Even to the point of excluding everything that passes, everything to which these monumental constructions and boats were destined, to which they owed their existence and to which they will owe their decay. Their surroundings are purified. Freed from human beings as cargo, they are no more than a murky shadow, ghosts, sucked towards some other place. Free from the sea and the land, both are summoned only to together form the shore and the place where it passes. The land is, so to speak, without name or border. Paradoxically, the sea is not there either, neither is the sea fauna, nor dreams of infinite journeys, nor daydreams that wander on the beat of the waves, nor fantasies of adventures and dissolutions. 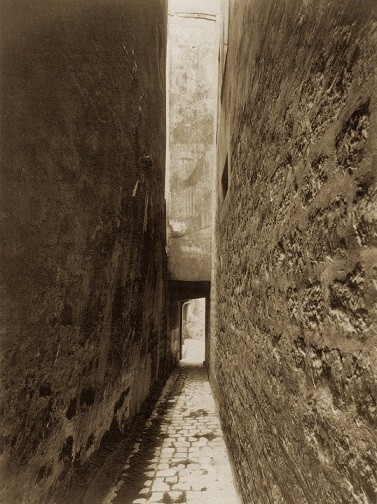 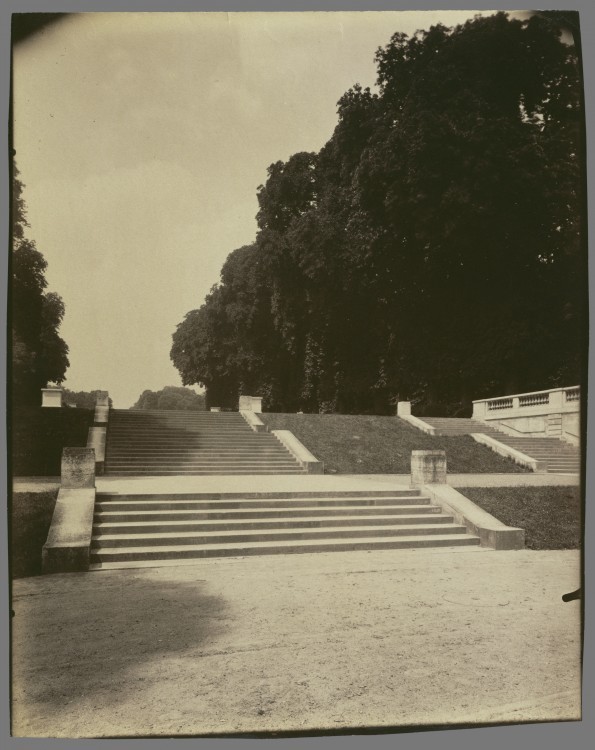 Wiesinger’s films have been compared to Dziga Vertov’s and Walter Ruttmann’s films, and there are undoubtedly some similarities, but perhaps Eugène Atget’s old photographs are more akin to them, as those pictures depict urban environments and interiors where people live, but where precisely this life has momentarily been absent, revealing a piece of this second nature that always surrounds us and encloses us, with which we are one, appearing here isolated and simplified as on the pages of a book on natural history. It would now be a question of imagining what the caption under these images would be.

By night, la lumière collective is a microcinema that projects films, videos and expanded cinema produced by local and international artists. By day, la lumière collective is an artists’ studio and residency space with multiple resources for working and experimenting with various moving image media. The collective is led by local artists and curators who believe in creating cinematic works and spaces on a human scale. We facilitate events to bring people together. We create links to help promote and revitalize cinema.

La lumière collective is rooted in the local, the physical, the here and now. In this time of virtual connections and physical distancing, we have transformed our projection space into a virtual space, while maintaining local connections.

EMERGENCE is the adapted online version of the practical activities planned by la lumière collective. Online love in the time of COVID.

Instead of simply downloading the films and videos available online, la lumière collective has selected one work by each artist and asked that a local writer be involved with each work.

EMERGENCE is a new combination, a local connectedness, a commitment to counter separation.

We look forward to seeing you on the other side.

EMERGENCE is presented with the support of the Canada Council for the Arts.