Fractal Images of Memory in Mother and Son, Part 2

Sokurov creates some stunningly beautiful archetypal images in Mother and Son. The fractal images of the film do not simply pertain to the photographic images but extend into the realm of sound and language as well. All these elements of the film become fractal images of the collective unconscious, archetypes, or Memory. These images spring from the feeling-toned complexes within our Memory or soul (or collective unconscious), which grow from a very basic form of love that is thematised, articulated and explored in the film—the love between a mother and son. Mother and Son is about how a son (Aleksei Ananishnov) tenderly tends to his dying mother (Gudrun Geyer). The photographic, sound and language images produced throughout the film stem from “similarity” (of pure recollection) or “self-similarity” (of fractals) of the collective unconscious—they become archetype-images of Memory.

Before the first photographic image of the film appears, as the credits roll, we are diegetically lured into the film’s ethereal soundscape. We are immersed in the calming sound of waves, and the faint howling of the wind with barely audible organ music faintly playing intermittently in the background. These collages of sounds, interspersed with silence, run throughout the film and create a rich, multi-layered and textured soundtrack, which draws us into a peaceful, familiar and oneiric space. These fractal images of sound evoke our memories. Collectively we hear the sound of distant rumbling thunder, wind, waves, footsteps, faint music, whisperings and murmurings, a barking dog, chirping birds and crickets, grave, echoey, cave-like sounds, and distant train hoots. These sounds do not necessarily coincide with their photographic images in the film—sometimes they do and other times they do not. For example, we hear a dog barking throughout the film, but never see one. These familiar sounds conjure images of our Memory—of childhood, of fond, fleeting moments of joy and pain—they are self-similar elements of the universal Self (collective unconscious). These sounds are, therefore, fractal images. They are self-similar iterations of the archetypal world or collective unconscious, which conjure memories that resonate throughout the film. These fractal images, as well as archetype-images, transport us to a transcendental plane. 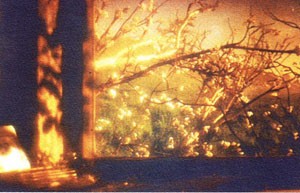 The first shot of the film shows the son reclining above the mother’s head, watching over her. The colours of the picture portray soft hues of melancholy and the picture is stretched and manipulated by (mainly) glass reflection. This imagery speaks to their relationship and emotions, stretched by the mutual knowledge that the mother is dying. The pace of the film is slow, languid, and fluid. Mother and son are slowly conversing. The son speaks of a strange dream. The film’s fluidity is manifest by the way the mother continues the conversation, telling the very same dream. This suggests, perhaps, a psychic link, which is also seen in the way they sometimes talk at the same time and how their utterings are interlaced and superimposed. These can all be seen as fractal images of the collective unconscious. The photographic image, sounds and dialogue all contribute, invoke and evoke a certain mysticism that unearths the collective unconscious. The idea of merging dreams, the mysticism and mystery of love and pain are fractal images. They are universal and archetypal emotions that conjure the deep and resonating tenors of life that we can all intuitively relate to. For example, as beings trapped in our mortality, we can all identify with the following ‘fear of death’ dream delivered in a fragmentary, poetic style:

The fragmentary and poetic style of the dialogue is also another fractal device that recalls and depicts Memory or the collective unconscious, which is not bound by the rules of logic or linearity.

During the film the son takes his mother for a walk. He carries her in his arms and brings her to a bench in a grove. Again, Sokurov alludes and plays with archetypal images, the idea and image of the grove representing warmth and convalescence. The particularly extended duration of this shot, coupled with the slowly moving camera, creates a very contemplative mood. The son sets his mother down on the bench and leaves to collect some postcards and photographs. When he returns he props her head on his arm and begins to read her the postcards that speak of the smell of almonds in the air, the sea, and the market….These memorabilia directly reference memory and, like many of the other images in the film, also conjure images of an idyllic past. Once again, through language or dialogue (as with the mother and son dreaming the same dream), memories are evoked and fractal images are created.

These idyllic and archetypal images that Sokurov has created are fraught with much pain—as he explains to Schrader at the interview, “a very deep, vertical feeling” that gets you “deeply, sharply and painfully.” The sadness of the film is evident from the start—we are immediately acquainted with the predicament of the dying mother. When mother and son are at the grove, pangs of pain arrest the mother and she gasps while the son has to calm her down. The son’s heavy heart is seen throughout the film, especially when he goes for a walk by himself and cries in the wooded surroundings. In some beautiful close-ups of the mother, sometimes also with the son, the texture and grain of a tree bark over her head allude to the ‘grains’ of memory. This archetype-image represents yet another fractal image in the film. Another beautiful fractal shot is that of the son walking off the path to rest in front of tall grass. This tranquil image captures his slow breathing and depicts his pain as we hear faint voices, the murmurings of the rumbling thunder, and music fading in and out. The mother wakes up from a momentary nap and urges her son to tell her something—he recalls his childhood and of how his mother would spend so much time at school that he feared she would not come home at all. He also reminds her of how he was and is “satisfactory” to her, they both laugh. Memories are again beckoned, the cherished value of these memories certainly point to their fractal significance. Although this is particularly personal to the mother and son, they unquestioningly evoke our own cherished memories as we watch the film. The fractal dynamics, therefore, extend and function on another level and implicate the viewers into a larger fractal web of building perception.

Life is deliberated when the son leans the mother on a tree trunk in a forest. The image depicts mother and son’s oneness with each other and with nature, as they muse over life:

In another instance, the mother expresses her fear for death—the dialogue is strange, playful and even accusatory:

The dialogue reveals much but is also very subdued, it shows human inter-connectedness and human inter-dependence; and at the same time, it portrays the trauma and pain of separation and death. The son sits and props his mother on him and they contemplate the meaning of life:

Their conversation and ideas meander, but they are deeply philosophical. This philosophical contemplation becomes fractal, as the reflection of life speaks of our Selves, our collective unconscious, and our soul. The philosophical content of the film, together with its aesthetic elements, creates fractal images that engender new meaning. Like the fractal geometry of the Mandelbrot set, it continues to iterate into infinity; likewise the fractal images in Mother and Son, also possess this same propensity. The beautiful landscape images, a distant train billowing smoke, a ship on the sea, and the son’s lonely walk, are all fractal images of the collective unconscious. The landscapes seen in the film iterate the landscape of the soul—they are all archetype-images, such as the forking road that speaks of life’s many decisions; the ominous, foreboding clouds that speak of life’s sorrow and pain; and the beautiful image of the sea of waving grass in the wind that speaks of the arresting beauty of life. These shots, and in fact most of the shots in the film, show fragments of universal idyllic images that call up pure recollection and are also fractal images of the collective unconscious. The train and ship are also archetypal symbols of hope and life amidst life’s pain and sorrow, and life’s ultimate end—death. The paradox of life is articulated throughout the film: beauty and pain. This is most poignantly seen in the last image of the film where a moth clings to the mother’s deathly cold hand. The ‘dying’ image articulates the son’s paradoxical sense of loss and yet hope that he will meet and be reunited with his mother. He says: 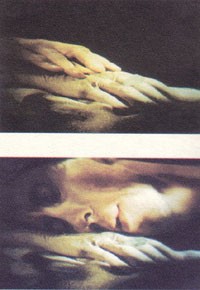 The son’s lonely walk through the field and woods speak of the universal soul-searching, healing, internalisation and individuation of the individual and his impending loneliness.

Fractal images in the film interact amongst themselves, as I have demonstrated, on the level of the visual (photographic) and the aural (language and sound), engaging the viewers into the act of creating and reconstructing the amorphous and fluid nature of the collective unconscious. Like the Mandelbrot set, Memory or the collective unconscious is infinitive and limitless. Therefore the exploration, creation and reconstruction of meaning in a film that is steeped in archetypes can go on forever. I wish to conclude with an apt quote about from Deleuze:

This is what happens when the image becomes time-image. The world has become memory, brain, superimposition of ages or lobes, but the brain itself has become conscious, continuation of the ages, creation or growth of ever new lobes, re-creation of matter as with styrene. The screen itself is the cerebral membrane where immediate and direct confrontations take place between the past and the future, the inside and outside, at a distance impossible to determine, independent of any fixed point. The image no longer has space and movement as its primary characteristics but topology and time. (Cinema 2 125) 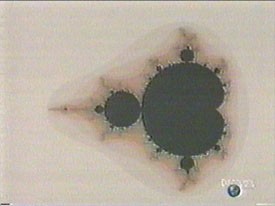 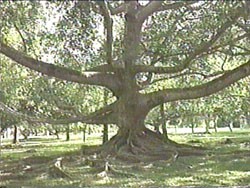 
Flaxman, Gregory, ed. The Brain is the Screen: Deleuze and the Philosophy of Cinema. London: University of Minnesota Press, 2000.


Schrader, Paul. “Alexander Sokurov: The History of an Artist’s Soul is a Very Sad History” in Film Comment. 3 Sept 1997. 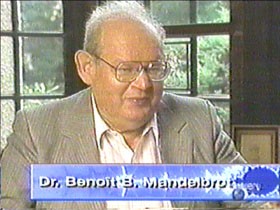 
The Colours of Infinity. By Arthur C. Clarke and Nigel Lesmor-Gordon. A New Moon and Gordon Films Production. 1995

Part One: (Fractal Images of Memory in Mother and Son)