This string of words, clumsily uttered by The Room‘s writer/director/producer/leading man Tommy Wiseau, has become synonymous with a rather strange phenomenon. That is, thousands of fans willingly flock to screenings around the world in order to shout alongside Wiseau’s “Johnny” as he proclaims his innocence and subsequently throws an empty plastic bottle to emphasize his frustration. The Room is perhaps most famous for its status as one of the “best worst movies of all time.”

Indeed, the film’s rise to its current cult esteem has even seen Wiseau draw comparisons to Ed Wood, whose most famous film, 1959’s Plan 9 from Outer Space, is often cited as the epitome of so-bad-it’s-good cinema. But Wiseau and Wood have more than just their fiascos in common. They both have had movies made about them that depict the events in their careers leading up to their fame.

For Ed Wood, this came by way of Tim Burton’s eponymous 1994 film, which saw Johnny Depp playing the young director as he got his foot in Hollywood’s door. The film follows Wood through his many mis-adventures, ravelling his personal proclivities, mixed receptions, and friendship with Bela Lugosi into a memorable, if not redeeming, tribute. Burton breathed life back into Wood’s films and career and was ultimately responsible for the cult-classic receiving a much wider and diverse audience.

In The Disaster Artist (2017), James Franco accomplishes a similar feat. Franco directed the film and took on the role of Tommy Wiseau, capturing the star’s transition from aspiring actor to “Hollywood” director. Like Burton, Franco delves deep into the story behind the making of The Room, focusing mainly on the friendship between Wiseau and Greg Sestero, who plays Mark in the film. Sestero’s 2013 book of the same name was what inspired Franco to undertake the project, having been drawn to the tumultuous yet unfaltering friendship between the two. 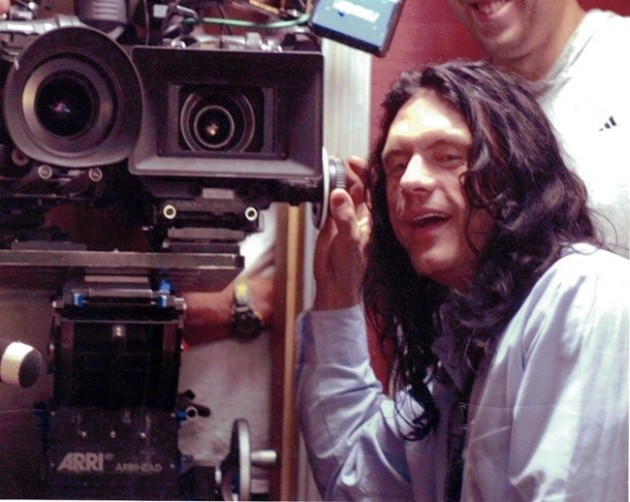 In many ways, The Disaster Artist serves as a redemption for Wiseau’s initial flop, receiving an overwhelmingly positive reception and garnering the film a 91% on Rotten Tomatoes (whereas The Room rests at a solid 26%). Franco’s film also had a Domestic Total Gross of “$21,120,616”, whereas The Room grossed only $1,800 on a purported budget of $6,000,000, said to have been funded by Wiseau himself. But, in light of the critical and monetary success of Franco’s re-envisioning of The Room, I find it worth exploring what, in fact, made Wiseau’s film so terrible/ unforgettable in the first place. For better or for worse, the film has become bigger than just a film, it’s become a phenomenon.

This, I argue, is a direct result of Tommy Wiseau’s portrayal of Johnny. Johnny is an all- American San Franciscan with a successful career as a banker, and a loving soon-to-be wife, Lisa. His best friend, Mark (Sestero), soon enters a romantic affair with Lisa behind Johnny’s back. The film’s climax centers around Johnny uncovering their poorly kept secret at his own surprise party, surrounding by his immediate group of friends. Within this already tense atmosphere, Johnny also learns that Lisa has been lying about her being pregnant with his baby – that it was, in truth, merely a ploy to keep him oblivious of her longing for Mark. Met with such a devastating betrayal, Johnny taunts and disowns Mark (going so far as to liken him to a chicken: “cheep, cheep. cheep!”) and forsakes his former-soon-to-be-wife. He storms out of the botched surprise party, locking himself in his and Lisa’s bedroom, where his painful memories get the best of him and lead him to dramatically take his own life.

With that, I propose looking at some of the reasons why The Room is desperately bad in order to understand why and how it has been so astonishingly well-received.

For one, Wiseau is most certainly not all-American. He claims to be from New Orleans but his accent sounds at best vaguely Eastern European. This becomes immediately apparent within the first few minutes of the film and simply devolves from there, ushering in poorly-delivered lines like the one cited above. What’s more, the film is littered with loose ends. Characters come and go and chip away at any semblance of a plot. For instance, Lisa’s mother appears in a scene where she very casually brings up that she is most certainly dying from breast cancer, which then goes unmentioned for the rest of the film. Essentially, the more you watch Tommy Wiseau’s The Room, the more you become entrenched in the cavernous mysteries of this world he’s created, and even more so, who he was as a person to begin with. 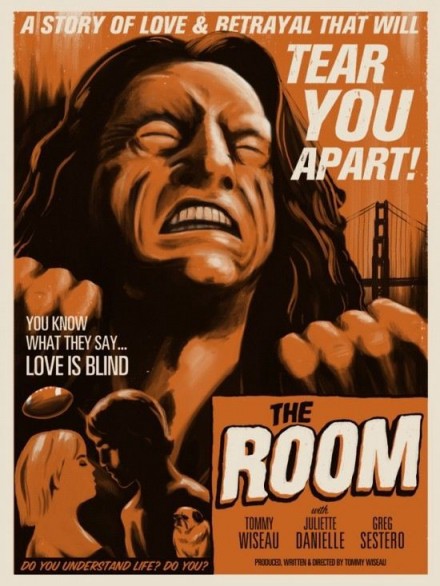 In his The New Yorker article, “Why ‘The Room’ Is a Better Movie Than James Franco’s ‘The Disaster Artist,’ Richard Brody writes:

“Tommy is a walking showman who turns his life into an unwanted show, delivered with a sort of grotesque charisma but no technique, nothing but the raging impulse of the moment, all organized around his unbending and universal theme: he is a star, the central attraction of wherever he is, the hero of his own place, and the failure of the world to acknowledge this is a cosmic injustice.”

Brody rightly latches onto the fact that Wiseau wants to present himself as a hero, as an All-American whose life simply crumbles before him. His failure to do so in the film does not take away from the fact that this project was obviously extremely important to him. The “cosmic injustice” of the film’s underwhelming reception and subsequent cult-fame makes one question whether The Room has offered Wiseau any shred of creative or personal fulfillment. That is, he readily caught on to the film’s unintentional hilarity and embraced the audience’s unanticipated reactions, but did he do so begrudgingly? Or was any form of notoriety enough for him? Is The Room truly how Wiseau sees himself or wants to be remembered? Is The Disaster Artist an affirmation of Wiseau’s dream and the means he used to achieve it or is it salt in an open wound?

Again, Wiseau’s backstory and true persona are steeped in mystery and like Ed Wood, he shook the world by making a film so bad that it actually became good. But, such a process must affect the man at the helm of Johnny’s “grotesque charisma.” If we can learn anything from The Room it’s that anything is possible if you’re passionate enough to follow through with it and that having $6,000,000 to spend on it doesn’t hurt either. Ultimately, like Burton’s Ed Wood, Franco’s depiction of Wiseau reads as a love letter to the complete enigma that is The Room. In many ways, it has ushered in new opportunities for Wiseau to continue working and to usher more audiences into his extremely strange but heartfelt and genuine world.

I’ve had the honor of meeting Wiseau in person at one of his recurrent screening at the Sunset 5 in Los Angeles. After watching the film with a room (more accurately, a theatre) of football passing, spoon-throwing, “You’re tearing me apart!”-screaming fans, Wiseau graced us with a generous Q and A session. It was at that point that the man’s genius became apparent to me. He was aware of, if not basking in, the joy and the frenzy that his film created amidst the audience. He embraced the overwhelming sense of diversion that the screening and his presence incited, fully aware of the unique phenomenon that he created. He also flirted with my girlfriend, at the time, and gave her one of his numerous, nonessential belts – which I did not mind. In fact, to this day, I’m still jealous. 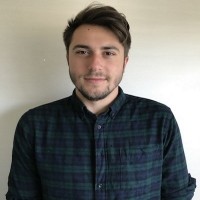 Dominic Romano is currently completing his Master’s Degree in Film Studies at Concordia University in Montréal, Quebec. Originally from California, Romano completed his Undergraduate Degree at UC Santa Cruz, majoring in both Comparative Literature and Film and Digital Media. His critical-creative research focuses primarily on the manifestation of cultural and historical trauma within contemporary global visual art. He was the recipient of the Steck Family Award, for Best Undergraduate Senior Thesis, as well as the Concordia Merit Scholarship. With experience as both a working cinematographer and musician, Romano’s work is deeply informed and inspired by his artistic sensibilities.