John Boorman is best known as the film director behind the critically acclaimed, Deliverance (1972) and Hope and Glory (1987). His breakthrough came with Point Blank (1967), starring Lee Marvin and Angie Dickinson. It was the first of two collaborations with Marvin that he completed, before relocating to Ireland in 1969. More success followed with the Oscar-nominated, Excalibur (1981) and The Emerald Forest (1985). His legacy of 17 cinematic releases have played host to a stellar cast of Hollywood heavyweights including, Sean Connery, Richard Burton, Burt Reynolds, Pierce Brosnan, Helen Mirren, Uma Thurman and more. With Queen and Country (2014), he brought the curtain down on a fifty-year career. I caught up with him, as he was ‘cocooning’ at his home in rural County Wicklow, to discuss his new memoir, Conclusions, his life in film, Covid-19, and much more besides.

Offscreen: Many media commentators have likened this period of global pandemic to the experience of life during the war. You lived through ‘the Blitz’, do you see any merit in that comparison?

John Boorman: I was seven when the war started. It was rather like this time, insofar as you had to learn to rely on your own resources. During the war, you grew your vegetables, because you knew you were not going to get them otherwise. Food was rationed right up until 1947, and you had coupons for clothes also. Everybody just got on with it. But this thing (Covid-19) has been a terrible disaster for thousands of people, and so many have died from it. If any good can come from this, is the realisation of how much we have been polluting the atmosphere. With most planes grounded, suddenly, we have got this clean planet with clear rivers and blue skies. I hope that lessons are learnt from that.

Offscreen: Your Hollywood breakthrough, Point Blank in 1967, was a dream scenario for a budding director insofar as you had Lee Marvin cast in the lead role, and full control over the movie.

John Boorman: Lee had just won the academy award for Cat Ballou (1965) and the studio heads at MGM approved everything he wanted to do with Point Blank (1967) and he, in turn, deferred all of his approvals to me. I had carte blanche to do as I pleased. When I put it together, I had to show it to these studio executives, including Margaret Booth, head editor at MGM. She had started out in Hollywood with DW Griffiths and had overseen every film MGM made during ‘the Golden Age’ of Hollywood, going back to Gone With The Wind (1939). Anyway, at the end of the screening they started talking about doing reshoots, they did not understand it at all really. She spoke up from the back of the room, “You cut one frame out of this picture over my dead body!” That was all the endorsement I needed, Lee and Margaret Booth. I was fortunate.

Offscreen: You remained lifelong friends with Lee Marvin, until his death in 1987. How do you reflect on him now?

John Boorman: I think Lee Marvin was an extraordinary man, not only did he agree to make Point Blank (1967) with me, even though I was unknown, but he supported me all the way through the picture. For instance, there was a scene I had to shoot in Alcatraz, I just could not get the scene together. Lee came over to me and said, “Are you in trouble?“ and I said, “I can’t get this right!“ So, he went off and started roaring and singing, pretending to be drunk and deflect attention away from me. The production manager came over to me and said, “You see what state Lee is in? There is no way you can shoot a picture when he is like this!“ (laughs) He gave me a few minutes to get my act together. That is a friend.

Offscreen: There are some great photos from the ‘wrap’ party for Point Blank on the internet featuring Lee, Charles Bronson, Steve McQueen, and Burt Reynolds. You cast Burt Reynolds five years later in Deliverance.

John Boorman: Those guys were pals of Lee that he had invited. I did not know Burt at all. The studios wanted to minimise their (financial) risk to Deliverance (1972). They said to me, “OK, we’ll do it if you can get two megastars“, and I got Jack Nicholson and Marlon Brando. They said that Brando was box office poison and that I was offering Jack Nicholson too much. So, they said, “Go and make it very cheap with unknowns.“ Burt came to me off the back of three cancelled TV shows. He was at rock bottom, but I believed that Burt would be right for this character. We made the whole picture for about two million (dollars) and it grossed over 100 million.

Offscreen: Cary Grant was a neighbour of yours?

John Boorman: In Malibu, yes. He was estranged from Dyan Cannon, but they had a baby, Jennifer, and a nanny used to prop her up in the seat next to Grant. He used to drive, very slowly, up and down a little private road there in his Rolls-Royce (laughs). He came from Bristol, where I had worked for the BBC, but I could never pluck up the courage to say, ‘Mr Archie Leach, don’t you miss the Clifton Suspension Bridge?’

Offscreen: You found life in Los Angeles dispiriting. In what respect?

John Boorman: It is a good place to make a film alright, because all the facilities are on hand. But LA is a shapeless place; it does not have any centre to pull it together. As you start living there, you find yourself falling apart, you cannot hold together your identity. At least, that is how I felt. After I made Hell In The Pacific (1968) with Lee, I went to London and did not go back. Even, while making Deliverance, I never went near Los Angeles; it was made entirely on location in Georgia. I preferred to try and make independent films and go my own way.

Offscreen: I read that you met Elvis at MGM, and that he, tentatively, discussed working with you….

John Boorman: He had seen the Beatles’ films and my film, Catch Us If You Can (featuring the Dave Clark Five) and he wanted to effect better pictures, but he was afraid to upset MGM and the Colonel, his manager. He was embarrassed about being ‘Elvis Presley’. When you talked to him, he was shy and deferential, and he did not ever really take his own identity into his own hands, but, my goodness, what a performer!

Offscreen: Are you proud of the fact that your films helped establish a whole host of actors, from Burt Reynolds in Deliverance (1972) to Daniel Radcliffe, in The Tailor of Panama (2001)?

John Boorman: Yes (laughs), and Liam Neeson in Excalibur. One of the jobs of a director is to look for talent, recognise it and try to encourage it. There is two kinds of acting; there’s ‘survival’ acting, where the actor looks at a scene and thinks – I know I can get through this scene without making a fool of myself. That is Burt Reynolds. Then there is the sort of actor who has great trust in you, as a director, and is willing to take chances and metaphorically, ‘jump off a cliff’ for you, like Jon Voight or Brendan Gleeson. It is a matter of trust, really. 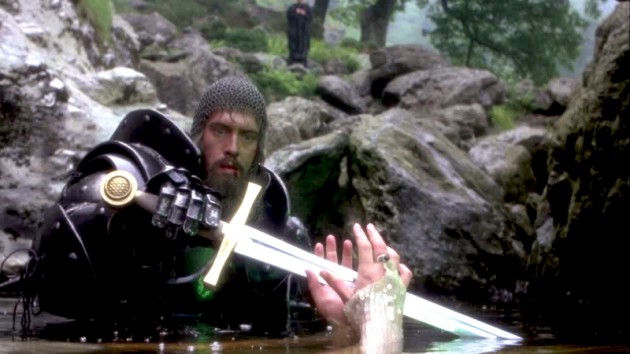 Offscreen: When you arrived in Hollywood in 1966, you met people whose careers extended back to the days of DW Griffiths and Mack Sennett. Combined with your own experience in the industry, that represents over a century of cinema history. Do you think the great era of cinema and film making has passed with the rise of Netflix and ‘binge’ viewing of box sets?

John Boorman: I think what is happening now, particularly with high-end TV series, from HBO __Game of Thrones_, Mad Men and so on; they are all shot with multiple cameras against green screen. They shoot all those scenes in the countryside, put the actors in front of the blue screen, and match them together. Now that people know the computer can manipulate everything, they are no longer as impressed. The ideas are very commercial now. Every year one or two worthy films get made —_Roma_ was the best film made last year – but, it has become progressively difficult for people to make anything original.

Offscreen: In Conclusions, you expounded on the fact that it is as difficult as ever to raise finance for film projects….

John Boorman: When I went back to Los Angeles to work on the post-production of Point Blank, I stayed in a new hotel. One night, I read a brochure about it in my room, and it turned out that it cost as much to build that new hotel, as it did to make Point Blank. That hotel is still there, making money. In the first book that I wrote, Money Into Light, I hypothesised that the film-making process involves taking all this (investors) money, all these actors, film sets and, what you have, at the end of the day, is a light flickering on a wall. It’s a hard sell. I once asked Paul Rassam, the French film producer, had anyone ever worked out what percentage of new movies actually make money, and he said to me, “In human births, 94 per cent are healthy, 5 per cent have some minor defect, 1 per cent die. With movies, it’s the other way round.“

Conclusions is published by Faber and Faber (RRP $20) 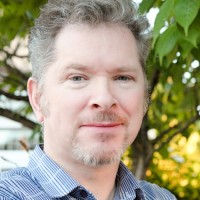 Noel Shine is a freelance photographer/journalist going back to 1997, based in Kells, near Dublin. He has been published extensively in Irish and international media including, ‘Irish America’ and ‘The Chap’ magazines. His photography portfolio includes some of the great icons of the 20th century, many of whom he interviewed including, Maureen O’Hara and author, JP Donleavy’ (‘The Ginger Man’). As a mature student (53), he recently graduated in Media and Film Production (QQI level 5), with a view to taking Theology and Arts at Maynooth University this Autumn/Fall.