The Home Invasion Film: A Motive Beyond Reason

An audio-visual essay by Alexandra Gillie-Hardy on the Home Invasion film. 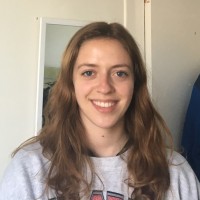 Alexandra Gillie-Hardy is currently completing her undergraduate degree in Film Studies at the Mel Hoppenheim School of Cinema with Concordia University. Originally from Toronto, she moved to Montreal to pursue her interest in Film and has since been able to develop a deeper understanding of cinema. She hopes to continue her studies in film and begin a Master’s Degree once finishing her undergrad.