“And now I have finished a work that will neither destroy the wrath of Jupiter, the flame, iron, or voracious time.”
–Ovide, Les Métamorphoses

I do not consider myself an Alain Robbe-Grillet specialist. Far from it, I have not read all his novels nor seen all his films. However, I am familiar enough with his work to know that he has had a major impact on my development as a cinephile. When a friend informed me of the death of Robbe-Grillet on February 18th of 2008 this year, a powerful sense of emptiness came over me. The cinema and literature had just lost one of its most influential figures, a pioneer who, throughout his long career, explored, broke and transformed the narrative mechanisms of both mediums.

If we can trust the articles treating the deceased writer, the majority of journalists and cultural chroniclers were dazzled upon their discovery of Les gommes or Le voyeur. This was not the case where I am concerned. The pope of the Nouveau Roman left a very pedestrian first impression on me. Even today I find myself mouth agape during a class screening of Alain Resnais’ Last Year at Marienbad My fellow students and I find the film absolutely empty of purpose, ridiculously repetitive and, above all, of a rare pretension. To consider this swelled up pomposity a rarified classic seemed to me unjustifiable, as were other supposed masterpieces that our professors forced us to watch, like Ulysses’ Gaze and Le Mepris. Was I wrong to think like this? Of course not, I simply did not have the necessary cultural baggage to appreciate these difficult films. We all too often forget that it takes years and countless screenings to be able to appreciate some of the great masterpieces of the 7th art. 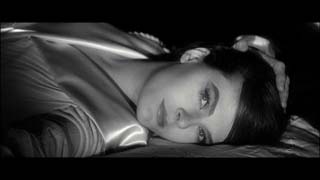 I began to really appreciate the work of Robbe-Grillet by means of his novels. To plunge into the work of an author whose work left me profoundly dissatisfied seemed contradictory. By reading literary essays extolling the genius of this writer, I quickly learned that I had perhaps missed the boat and that it was necessary to give this writer a second chance. I began by attacking Gommes, his first published book, but through a combination of circumstances which would have pleased Robbe-Grillet, my copy of the novel began to fall apart and I lost several pages. Impossible to continue my reading, I closed in on another novel with the cryptic title: Souvenirs du triangle d’or. Thanks to this narrative labyrinth in the guise of a noir, the writer’s intellectual path began to gently reveal itself to my eyes.

Alain Robbe-Grillet makes literature an intellectual laboratory where he exploits all her possibilities. Everything becomes an object of experimentation, whether through a continually shifting focus between an intradiegetic character and an omniscient storyteller, a narrative that intermingles into infinity, or a linearity that completely fades away. It often becomes impossible to differentiate precisely between dream and reality, to the point where the form obliterates any such notions. Poor grammar or structure can lead one to pretend that with Robbe-Grillet anything goes, but his scientific descriptions give clear evidence to a precise, calculated procedure and an indisputable mastery of the literary object. His essay “Pour un nouveau roman” is certainly a denouncement of the “out of date” notions of the novel, but I think it must be read as an invitation to liberate creativity from the turgid rules of academicism.

Won over by his writings, I quickly searched out his films. The quest was difficult at the time, since none of his films had the benefit of North America distribution. Thanks to a collector friend, I laid my hands on three of his films, including the delightful Trans-Europ-Express. Robbe-Grillet’s experimentation was in clear evidence in a work which attempts to literally explore every possible narrative path. In effect, Robbe-Grillet repeatedly interrupts the principle narrative path to send his hero, played by Jean-Louis Trintignant, in a new direction. I was, however, surprised by numerous scenes featuring fetishism, a recurrent theme in his filmography, as well as the strong dose of humour which seemed to me absent in his novels. I discovered this humour first hand when I had the pleasure of meeting Alain Robbe-Grillet during his trip to Montreal in 2005.

The Blue Metropolis literary festival had the excellent idea of inviting Robbe-Grillet and organizing a round table discussion on film adaptation with writer Dany Laferrière. What a great pleasure it was to discover that behind this cold and objective writing was a bon vivant with an infectious smile. Each time Robbe-Grillet spoke it was to share an anecdote on his filmmaking career. Amidst bouts of laughter he reminisced about his many production conflicts, his mediocre adaptation of Gommes and the refusal of a French television station to air L’Éden et après, which they had commissioned. After the round table had ended I hastily went down to meet him, only to discover a pretty journalist attempting, with great difficulty, to interview him. With each question Robbe-Grillet would reply, in his gravelly voice, “I don’t give a damn madam,” or slip his hand around the poor woman’s shoulder and proclaim that his inspiration comes from his obsession with young women! I only had the time to ask him one question: whether he had seen Jean-Luc Godard’s Notre Musique. With a polite smile he replied no, because the political commitment of this film director irritated him profoundly. Then he excused himself from his admirers and disappeared into the Montreal night. 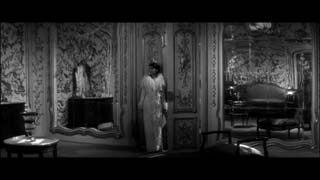 I recently saw Last Year at Marienbad again and, as you may suspect, my opinion of this film has drastically changed. It now appears to me as a work of such richness that I can apply any reading imaginable to it. In fact, there is no single work as ‘open’ as Marienbad, limited only by the viewer’s imagination. This is why it remains an incontestable and timeless masterpiece of cinema which, ironically enough, he took great pleasure in destroying. Alain Robbe-Grillet leaves behind an essential work which, like the work of James Joyce and Jorge Luis Borgès, remains a reference point for artists and theorists for its reflection on meta-fiction. And for this we are profoundly thankful.

(Translated from French by Donato Totaro)