Hedonism 101; not only did the 1960’s give rise to sex, drugs and rock n roll, but it freed the young of their parents’ inhibitions, relating to pretty much everything with the human body and sex in particular.

The nude frolicking scenes in Michael Wadleigh’s Woodstock (1970) is one indication that something new was on the vanguard of contemporary culture in America. Sex as a taboo was being addressed by simply being re-claimed by the youth movement of the 1960’s and embraced as an open example of what was then known as Free-Love. With attitudes changing in the counter-culture, it was only a matter of time before enterprising film producers would capitalize on the new looser morality and exploit them for the paying public to admire (without prejudice). 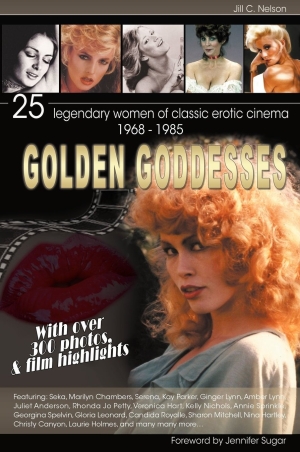 Thus began an explosion of “adult” film productions which led to the inevitable attempt at a Hollywood mainstream type production, Deep Throat (Dir. Gerard Damiano, 1972). The film was talked about at every proverbial office water cooler. Famous Hollywood stars supported its exhibition, which gave a “legitimate” flavour to the Adult film world. From then on, the “industry”, as it is referred to today, thrived and grew beyond anyone’s expectations in the late 60’s and early 70’s.

Thankfully other writers have approached the subject more openly and honestly; which brings us to an oral documentary of what life was like for 25 women who inhabited the celluloid of lust in those heady days of dark screening rooms that went by various sultry names familiar to anyone living in an urban environment; where my home town of Montreal is concerned, cinemas such as the “Eve” with its V designed as a woman with her legs spread high in the form of a V, or “Cinema L ’Amour”.

The book does reveal some pretty hard truths about most of what these women went through in their respective careers, and of course not all stories are positive, but what you do get out of them is the strength they found within themselves to accept their path and rise above the negativity associated with this “industry”. The wife of the late John Holmes, Laurie Holmes, had this to say about it: “I consider myself a very strong person. Even so, there were times that I thought about suicide…There are three reasons why I didn`t ever follow it through. My two sons…and not wanting to give the industry that much satisfaction was the third. We are worth more dead to the industry than we are alive. Our content is worth more money to the production companies after we are gone. You are a dime a dozen alive to them otherwise” p 687).

No work on pornography would be complete without the input and opinions of Nina Hartley, who represents a more cerebral approach to the genre than most other performers, writers or directors: “I have a mission to get to talk about sex and sexuality, and sexual expression out there in the world from my own experience…..Most people who write about pornography have a tendency to impugn all kinds of motives that introduce hostility to pornography. Their paranoid conspiracy theories drive me insane……There are identity politics and victim politics, but there needs to be some relaxation. My childhood does affect how I act today. However, that being said, and I am liberal, there is that personal responsibility” (p. 866).

P.T. Thomas Anderson’s Boogie Nights (1997) (in which Nina plays the porn-star wife to William H. Macy’s character) is described by Hartley as being a “Hollywood version of the industry. He got some of the details right, but it’s the Hollywood version of an industry of which he is not a member, so many grains of salt” (p. 894).

The point made by Hartley is very telling indeed: “who” can truly be a “member” of an “industry” that trades on fantasy and sex in an imagined landscape that all people have their own imprint on? What truly defines this industry? What defined it then, in those cold New York sets and warm San Francisco summers? More importantly what defines it now, in todays’ mouse click happy culture that barely has memories of anything beyond yesterday’s Facebook post? 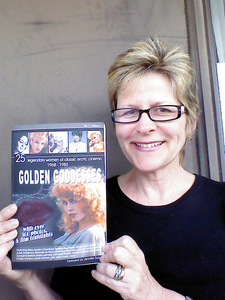 All relevant photos are taken from Nelson’s blog.