In his poem “El mar la mar”, published in 1925 in the Marinero en tierra collection, Andalusian writer Rafael Alberti evokes his exile from the sea during childhood. Playing with both the masculine and feminine forms of the word “sea” in Spanish, he mourns his uprooting and the loss of the familiar landscape. Using this formula and title for their first collaboration behind the camera, Canadian Joshua Bonnetta and American J.P. Sniadecki compare two entirely different landscapes: the stretch of desert along the border between the United States and Mexico and the sea. Other than the mirages produced by the heat, however, this comparison may seem rather incongruous. The reference to the sea in southern Spain, though, draws a parallel between the Sonora Desert and the Mediterranean, two expanses where exile and migratory flows consume the lives of illegal immigrants wanting to cross. Since the start of the 21st century, these two natural borders have acquired a highly charged political dimension, becoming veritable death corridors in a context of south-north migration. 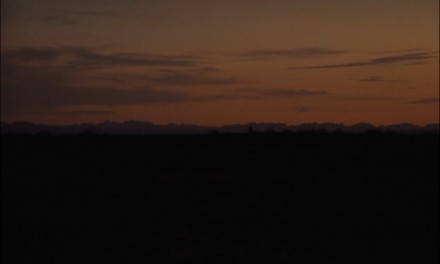 The sea metaphor has also been used by Chilean writer Roberto Bolaño, who was haunted by the Sonora Desert near the end of his life. In his posthumous masterpiece 2666 (2004), he devotes many pages to the murders of Mexican women in Ciudad Juárez, some of whose remains were unearthed in the desert, and describes the Sonora as an apocalyptic and supernatural landscape:

Living in this desert, […] is like living in the open sea. The border between Sonora and Arizona is a chain of haunted or enchanted islands. The cities and towns are ships. The desert, an endless sea. It is an ideal place for fish, especially those living in the deepest recesses, but not for men.

The desert here is an inhospitable space where human beings who risk their lives find death. It is a place haunted by the thousands of men and women who have disappeared there. 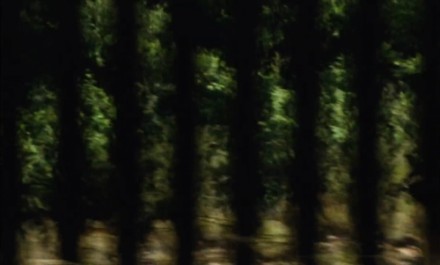 Released a year after President Trump’s election, Bonnetta and Sniadecki’s experimental documentary begins with a traveling shot along the famous “wall” erected in certain places between the United States and Mexico: a tall fence barely noticeable through the moving Super 16 images. It is all the more derisive since the desert itself has served American migration policy for years. More effective than any wall, U.S. deterrence uses the deadly potential of the vast arid expanse to discourage migrants – or rather, encourage them to cross into dangerous territory subject to extreme environmental conditions – and thus be absolved of responsibility for the thousands of deaths resulting from crossing the Sonora clandestinely. In his book The Land of Open Graves (2015) (which the two filmmakers-ethnologists use for reference), anthropologist Jason de León decries the dramatic human consequences of these federal migration policies. His approach, which weaves together survivor interviews and archaeological explorations to uncover traces of the disappeared, undoubtedly influenced the filmmakers.

Sniadecki and Bonnetta fuse the testimonials of people living on both sides of the border (border guards, illegal migrants, activists, good Samaritans and self-defence militia members) with a quasi-archaeological exploration of the area. The disembodied voices of the people interviewed drift across a black screen or through long shots of the desert landscapes. Fascinating and deceptively beautiful, the desert film footage recalls both the romanticism of Westerns and the violence that haunts the region. In the course of their exploration, the filmmakers uncover multiple traces of the migrants who have passed through, and thus draw a parallel between the fragile physical nature of film itself – highlighted by the graininess of Super 16 – and the human artifacts scattered along the desert, which will quickly disappear there. As does film, the desert consumes and wipes out footprints, as imprints are only temporary for they deteriorate over time. 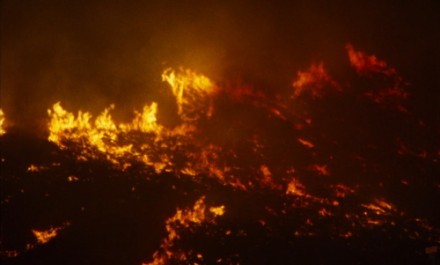 Visuals and sounds are orchestrated to produce an atmosphere that is both sensory and otherworldly. Using the environment’s natural elements (plants, animals) and the real stories of survivors, the filmmakers create a desert experience that shifts between imagined nightmares and real-life drama. Bonnetta and Sniadecki have reworked and distorted the natural sounds of the Sonora, which they combine with cartel and border agent radios, and even a musical reference to Johnny Guitar (Revisionist Western par excellence). The nighttime images of bats or cacti lit with flashlights provide the backdrop to unearthly voice-over narratives of men who have survived hell, endless wandering, and unfathomable violence. Using reality to better convey lived experiences and fantasy to reveal drama, the filmmakers depict this deadly environment with disturbing acuity. J.P. Sniadecki himself describes this approach as a form of “ethno-horror”: embracing fantasy to better reflect reality.