Men (2022), the latest psychological horror film from Alex Garland, has drawn similar criticisms in film scholarship. Generally viewed as “a surreal new spin on toxic masculinity” (Ehrlich), and “a haunting exploration of grief” (Lemire), the critical opinion at worst seems to be that the film is “visually impressive but emotionally empty” (Judge). In sum, the film’s narrative is said to build upon the worn-out maxims, “men are bad,” and “all men are the same,” adding not much more than a notable Aronofskyean cinematography, an esoteric folk tale symbolism, and some well-crafted visceral horror tropes. In a different view, I’d like to suggest that Men is actually a parody of gender; more specifically, the film pokes fun at how both men and women are so often ready for self-victimization in relationships, positioning themselves and the others within narrowly constructed stereotypes as if the two sexes have to be inherently different from each other.

To understand Men as a satire on gender, it is important to note the range of male representations in the film, and how one of these, the naked man who magically transforms into a tree, serves to subvert male stereotypes. With their character traits almost all the male characters in the film are “types” as Harper (Jessie Buckley) puts it: Harper’s late husband James (Paapa Essiedu), who possibly committed suicide to take revenge from his wife for ending their marriage, as well as the creepy male clones, including Geoffrey the landlord of the historic mansion that Harper moves into seeking refuge from her trauma, the pervert vicar, the negligent police officer, the problem child Samuel, and the staring patrons of the local pub. The clones are likely to be James’ agents of revenge in Harper’s guilt-ridden unconscious, as James had foretold when he was alive. They are played by the same actor, Rory Kinnear, as a playful take on “all men are the same” cliché as most critics have pointed out, and together with James they represent familiar male figures: they are intrusive, violent, rude, sometimes lacking empathy, sometimes abusive, and always disrespectful to privacy. In other words, they are the unwanted voyeurs, stalkers, or interlopers in this otherwise female-only garden of Eden, represented in the idyllic British countryside. Still, they are rather like grotesque caricatures of men than true-to-life representations as is evident in their physical features such as Geoffrey’s front teeth, the vicar’s hair, and Samuel’s adult face mounted on a child’s body. It is as if the men in the film are only props whose sole function is to help the heroine feel unsafe and thus ironically normal as a woman.

The male characters also share a negative view of Harper as a woman. Her preference for being single over an attachment to a man poses a threat to their masculinity as can be observed at several moments: “you’re scaring me,” James tells Harper during a tiff just before he knocks her to the ground, and Geoffrey is startled upon learning that Harper has no “hubby.” For the vicar she is a cause of depravity when he resentfully recites the closing lines of Samuel Daniel’s poem “Ulysses and the Siren,” which is about a man who triumphantly resists the temptation of a female towards achieving his higher ambitions. In the vicar’s and James’ case such a resistance seems to be a failed attempt. In a less conventional way, and which is not at first obvious to Harper, Alex Garland’s men are pathetic: they are whining, desiring, suffering in pain, demanding love in despair, with their bodies ripped apart, emasculated. They are as much willing as Harper to put themselves in the position of a victim.

Harper (Jessie Buckley) is plucking the forbidden fruit exclusively for herself. Courtesy A24

As has been widely discussed in feminist and psychoanalytic writing, what lies at the core of men’s primeval fear of women is female independence. Regardless whether it stems from an oedipal anxiety about losing the mother or a rivalry in professional and social life, a self-sufficient woman is men’s greatest fear in a patriarchal society. When she ceases to be “the angel in the house,” as Gilbert and Gubar have once famously wrote, the woman becomes “a vicious bitch outside” (1980: 61, 73), as Samuel in the film also so readily calls Harper. 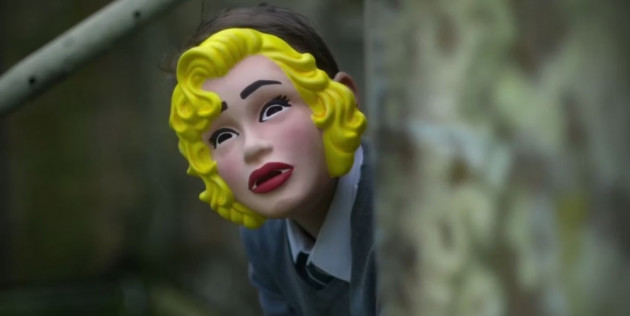 Surrounded by a bunch of freaks, Harper’s first reactions are typical of the heroines of the gothic/horror genre, she acts like a victim and flees in terror. However, her position begins to change dramatically at the climax. Just when she is cornered and trapped in a room, Harper lets one of the clones in and confronts him. At this point, with Harper stabbing the vicar who desperately demands intercourse, all the gothic fiction tropes — the damsel in distress trapped in a medieval mansion being chased by male monsters — vanish. Harper gradually understands that she is not the victim, but the offender, a femme fatale; this is at least what she is in the eyes of the other. For someone whose only crime is perhaps reclaiming her individuality such a realization must come as a surprise. The clones’ reaction is absurd and utterly irrational, and so was Harper’s while fleeing the clones; the naked man was actually harmless as the woman officer (Sarah Twomey) had previously told her. 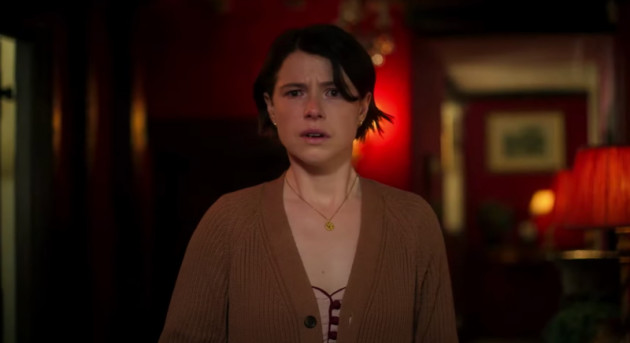 Yet, the supernatural tree-man, also played by Kinnear, is highly unusual as a male representation. In classical mythology, the most well-known cases of person-to-tree metamorphosis is those of Daphne and Lotis. In each case a female figure is transformed into a tree while fleeing male offenders, Apollo and Priapus respectively. In the film, however, it’s not Harper who is transformed, but the clone. The naked man is transformed into a tree, a traditionally feminine symbol of fertility, reproduction, the perpetual cycle of life and death. Having been denied access to a woman, the clones feminize themselves: through the tree-man they become progenitive, and repeatedly reproduce in a total emancipation from masculinity. The tree-man’s intimidating face was also engraved on the ancient altar which Harper had previously examined in the church. What she did not see but we saw through the camera was another figure hidden on the other side of the altar — the body of a female, or possibly a hermaphrodite, whose sensitive look makes a contrast to the other image. The scene perhaps signified Harper’s one-sided, limited point of view on gender, which makes her see only one side of the reality. Maybe her perspective, which does not allow any room for fluidity, made her blind to her husband’s vulnerability.

The two sides of the altar in the church. Courtesy A24.

Returning to the question I raised in the title, Men is less a denunciation of masculinity per se than a statement on the absurdity of gender stereotypes. Although the film seemingly focuses on James’ pernicious masculinity, victim-offender positions are not always stable in actual relationships. Being incapable of letting it go as would be expected from grownups, most partners in times of conflict rely on the comfort of stereotypes to accuse each other, playing the victim. In the final scene, while sitting on the couch with James’ crippled newly-emerged clone, still unable to make sense of this freak show, Harper asks, “James, what is it that you want from me?” to which James replies, “your love.” Harper scoffs, looks away, and sighs with a sarcastic expression on her face, and a romantic song begins. The whole scene is meant to be comical. It is designed to highlight the stupidity of drama, roleplaying, agitation, self-centered obsession, and emotional blackmail in male-female relationships. What the film as a whole demonstrates, though, is how this farce so often and so disproportionately turns violent. 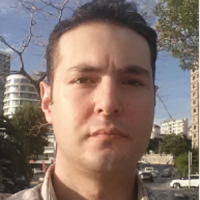 Serdar Küçük is an assistant professor of English at Yeditepe University, Istanbul.