I think therefore I am? Gaspar Noé‘s Vortex

Stripped of psychedelic visuals, manic camerawork and the bodily grotesque, Vortex (2022) signals a sobering shift away from Noé’s usual assault on the senses. Bearing witness to the final days of an old Parisian couple (Françoise Lebrun and horror veteran Dario Argento) struggling to retain independence in the face of Alzheimer’s, Noé’s latest feature leaves us with a more tender portrait of human existence, and arguably his most unflinchingly cruel film to date.

An opening title card reads ‘‘to all those whose brains will decompose before their hearts’, and it’s this agonising pace of decay that dictates the film’s brutality via a series of moments in which two people attempt to maintain a sense of self in the face of total erasure. As we watch the Mother (an untitled character) slowly succumb to Alzheimer’s, an unusually removed spectatorial position magnifies the inevitable cruelty of nature. Whilst Noé typically uses more visceral methods to implicate us in images of baseless humanity, urging us to ‘see the beast within us, and then refuse it’, this helpless distance creates a new mode of horror. That’s not to say that this film isn’t just as disorienting and destabilising as the likes of Irreversible and Climax. In fact, I would argue the opposite. As Noé takes us out of the body and into the mind, what happens when the mind becomes fragmented and unreliable? If to think is to be, then how do we ground ourselves in existence when those thoughts can’t be trusted?

Isolation and loneliness are necessary barriers around this exploration of the unstable self. Often, we’re able to identify ourselves in relation to others, as a Father, a wife or somebody’s child. Yet, the Mother’s increasing inability to grasp the people around her, paired with the Father’s view of her deterioration as an inconvenience, creates a miserable haze of detachment. This is established and maintained via the real time bifurcation of the screen a few minutes in. Not only a persistent reminder of the wedge Alzheimer’s drives between the couple, Noé’s choice of dual camera work ensures that even when they are looking at each other, a disjointed eyeline creates a miserably hollow sense of separation. This total emotional disconnect means that the only true interaction they have is with their cluttered, labyrinthian apartment, as it’s contained on each side of the screen.

The Father confesses early on to hoarding and the miscellany of items that engulf the couple; the stacks upon stacks of books, the papers strewn all over his study and the small trinkets, feel like a tangible measure of self for his character. The material chaos of memories becomes proof of life and specifically, his mind, as a writer and film critic. Even amongst the horrors of ageing and ill health, his most desperate and agonising moment comes when his wife flushes his book manuscript down the toilet in an attempt to declutter. Around half way through the film, their son Stéphan (Alex Lutz) tries to move them into assisted housing and the Father vehemently refuses, stating “I don’t throw away my past”. Later on, when the Father eventually suffers a heart attack during the night, before calling for help, he simply drags himself to his study to be amongst his things. So it’s not the new environment or the lack of independence or even the upheaval of moving that imprisons him within a space that has ultimately become dangerous, it’s the fear that parting with his possessions will mean erasing any evidence that he has even lived at all. Subsequently, the physical body and its preservation becomes almost trivial. As the body inevitably withers and dissolves, possessions serve as concrete proof of self at the brink of erasure. 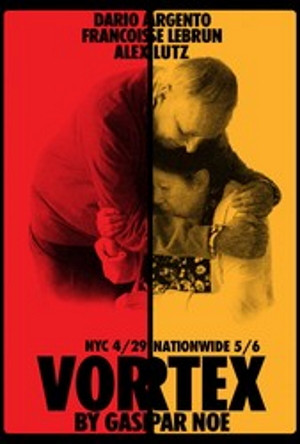 Of course, this would offer too much solace for a Noé film. Before the screen splits into two and unravels the subsequent horrors of ageing, an initial scene sees the couple toast to life as ‘a dream within a dream’, referencing Edgar Allen Poe’s poem of the same title. Lamenting the eventual decay of our life pursuits into mere memories, Poe also expresses doubt and uncertainty about the very nature of reality itself. The dream argument suggests that the act of dreaming provides preliminary evidence that the senses we trust to distinguish reality from illusion can’t be trusted. As real life and dreams then merge and bend, tangible possessions can no longer offer any anchor to reality and existence, becoming an illusion that lives and dies with the impermanent mind and body.

When attached to the Father, whose body is in decay rather than his mind, this becomes a cruel reminder of the fleeting nature of life. Yet for the Mother, this renders her lived experience a permanently destabilising and disorienting hellscape, explored through her relationship to the apartment. Stood in the middle of her living room, she begs her son “take me home, I’m scared”, as the cluttered space becomes a claustrophobic mausoleum of a life she no longer fully recognises. If the outer world and inner workings of the mind become blurred within the dream argument, the labyrinthian apartment reflects the inescapability of her panicked and unstable self. It is in her fervent attempts to tidy and declutter her external space that we see her increasing inability to grasp and organise her internal consciousness. Following the Father’s death, we’re provided with one of the film’s most hollow moments, as she’s left alone to navigate a space that has become a prison of the mind. As she attempts to leave, packing nothing but an image of her younger self in a small handbag, we’re confronted with a desperate image of a woman. No longer able to ground herself in anything substantial; her relationships, her surroundings, her memories, her mind, herself, Noé creates an inescapable sense of instability and dread that serves as the real horror of the film.

Worlds away from the stroboscopic, violent murders that bring us brutally close to the biology of death in Irreversible and Seul Contre Tous, the eventual deaths of the two characters in Vortex are handled with sombre relief, as the screens fade into an oddly neutral mustard hue. The film ends with a montage that marks the passing of time. The apartment interior is emptied and laid bare, almost unrecognisable from the overwhelming clutter we have become accustomed to. As a classic overhead drone shot relieves us of the building and its surroundings, we can imagine new inhabitants moving in, ageing and dying just the same. As Noé acknowledges in an interview with David Jenkins for Little White Lies, the film offers us three deaths; that of the Father, the Mother, and the traces of their life. In this way, we’re confronted with the merciless cruelty of nature and ageing; the decay and decline of the mind and body and our inevitable erasure, in complex harmony with death as a welcome relief from this painful experience. Amidst the mournfulness, there’s also a felt comfort in the emptiness of the apartment, the freedom and neutrality that follows the oppressive and panicked instability and it’s in this unusual silence that we encounter Noé’s most feel-bad film to date. 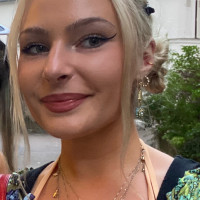 Greta Gard is a graduate from the University of Oxford with a Masters in Film Aesthetics. Her research interests include psychedelic cinema, a contemporary renaissance in the horror genre and aesthetics of beauty, representation and girlhood. She currently works behind the scenes on the “Girls on Film” podcast, reviewing films from a female perspective.