A Festival on the last of the Greek Islands

Castellorizo is the last of the Greek islands, the one that lies furthest east. It is surrounded by the Mediterranean Sea and is closer to Turkey than to any other Greek territory. Its remoteness and small size does not hinder the hundreds of tourists who come every summer to discover its crystal clear waters, its hypnotic blue cave, its restaurants and beautiful views, as well as to enjoy the tranquility and seclusion it offers.

It is in this context that the “Beyond Borders” festival was born seven years ago (2016), an open-air event that focuses on documentary films, specifically on those productions that highlight the problems, contradictions and tensions that arise from the crossing of borders, territorial limits or conflicts that go beyond national conflicts.

It is not by chance that this festival is held in Megisti, as the island was formerly called, since it has been throughout its history a disputed territory, whose sovereignty has passed from one country to another and even suffered the bombing of the Germans during the Second World War. It officially became part of Greece in 1948. Something about that period is seen in Mediterraneo (G. Salvatores, 1991), a film that won the Oscar for best foreign film in 1992 and was shot in Castellorizo, something that greatly helped it become a tourist destination.

The small island, which has less than 500 residents, gathers hundreds of attendees each year, mostly locals along with festival guests (filmmakers and jurors) as well as sporadic visitors who happen to come across the illuminated screens and the sound of the loudspeakers in “ halls” that are free and open to all.

It is worth pointing out the films in competition in this seventh edition of the International Documentary Festival of Castellorizo (August 21-28, 2022), documentaries made during the last five years and coming from different parts of the world in three formats: feature films, medium-length films and short films.

The wide range of films available in today’s market means that, on occasions, films of notable interest are forgotten, diluted among many other films. Beyond Borders has rescued a few films that, despite being three or four years old, deserve to be shown to the public. And in this way, perhaps, they can also win some recognition from the jury. This is the case of Village of Women (T. Stepanyan, 2019), which participated in the official section of the festival and finally received the FIPRESCI award. 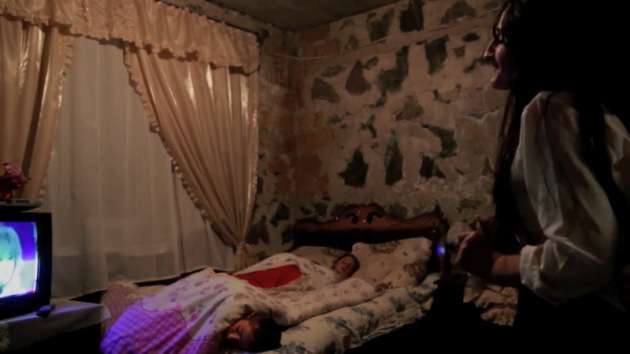 The film reflects very well the spirit of this festival held in the most extreme point of the Hellenic country. One of the objectives of the festival, as noted, is to highlight the stories of overcoming and suffering that occur across borders. In Village of Women, the women protagonists must endure the distance from their husbands and fathers for nine months of the year. They live in the countryside, where they work the crops, tend the livestock, bake bread and spend their time missing the absent men. The film could have highlighted what life is like for these workers in Russia, it could have put the focus between the two countries or given preeminence to what the men think and how they suffer. However, the film places the women at the center of the story, which gives, if anything, greater emphasis on the distance, the emotional heartbreak and the harsh living conditions in this small Armenian village.

The only men who live there are retired, and they themselves report that their children also work in Russia. But that’s not a problem, since, they say, the women are strong and stand on their own two feet. Indeed, most of the time they are seen working. And, from time to time, they get a call from their husbands, a call they look forward to. “If he could see me now“… says one of the women as she dances to the music on TV. The presence of the husbands and fathers is always guaranteed, in one way or another, although, of course, always offscreen. It is this out of frame state that maintains the attraction throughout most of the film, since the mentions, the calls, the comments and even the sporadic tears always allude to that absent man who leaves an everlasting scar on the loved ones waiting in the motherland.

Tamara Stepanyan has nicely captured the family atmosphere, the everyday life and the passing of time while impatiently waiting for the moment when the family will be reunited. Her camera manages to capture the beauty of Armenia’s rural landscapes, the humble interiors, the hard work of the women and the innocence of the children who listen to their families saying that no other man should leave his family to go work in Russia. It is this ability to show the intimacy of families that arouses the most tenderness for these people who suffer from homesickness, grief and melancholia. Wives who sing songs of departed loves, mothers who long for a reunion that seems always far away, husbands and grandfathers who talk about their hardships and the meaningless lives they have had to live, children who grow up without seeing their parents and thinking that someday their lives will be the same … these are the characters that populate Village of Women, a documentary that awakens affection and humanity, and does so with remarkable beauty while leaving a bittersweet taste. 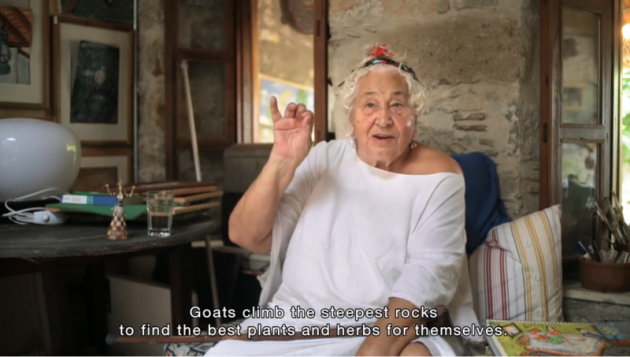 On the other hand, the film The Poet’s Wife, by Helke Misselwitz, received the award for best socio-political documentary, the main prize of the festival. It portrays the Turkish artist Güler Yücel, who died in 2020, and who was the wife of the poet Can Yücel. It is a gentle, unpretentious documentary that explores Yücel’s life and work as we learn about her environment and home. This gives many clues about the kind of art she makes: her visual motifs range from weddings and funerals to natural settings she is familiar with and to everyday scenes, such as the harvesting of olives. The documentary also gives clues as to what life is like in this rocky territory on the Datça peninsula, as we witness activities such as traditional-style weddings, markets and the tending of goats. 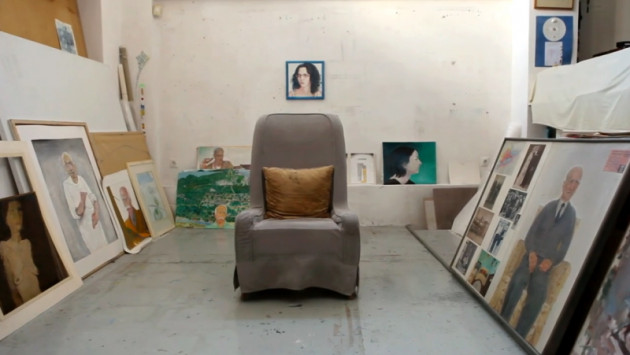 Perhaps more interesting as a portrait of an artist is Chronis Botsoglou: I was there too and I was treated with a plate of lentil soup… (F. Vianellis, 2022), a Greek documentary that has moments of great interest, especially when it explores the way this important local artist worked, such as the moment when he behaved like an expressionist painter and brings out the madness associated with genius, and when we discover his thematic series, such as those with sexual themes, for example. Its problem, however, is the intermittent inconsequential moments that don’t add much to the narrative and end up making it somewhat tiresome. The film won the Mediterranean Friendship Award. 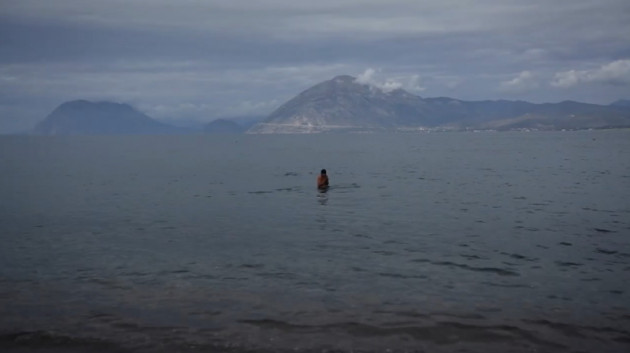 The Other Half (G. Moutafis, 2022) also received an award, in this case for best Greek documentary. The photojournalist, author and protagonist of the film, brings together many images he collected while covering the various migrations in Greece of refugees from different countries, especially Syrians, over a period of about ten years. There are very explicit images and very harsh testimonies, and it is precisely on this that the narrative relies to shock the viewer. Some immigrants tell their situations: what their journey has been, how they have managed to cross a border, where they intend to go, how many times the police have prevented them from moving forward… And this is achieved thanks to the journalistic work of Moutafis himself, who follows them to the most remote places to transmit a first-hand testimony, perhaps the most effective in the face of such a desperate situation for thousands of people.

Meanwhile, Reconstruction of the Occupation (J. Sikl, 2021) won the award for best historical documentary, a mention undoubtedly deserved because this film recounts the events that took place during the Warsaw Pact’s 1968 invasion of Czechoslovakia, as a consequence of the political reforms during the Prague Spring, through new home movies found by citizens, in many cases anonymous.

It provides a new and unique vision of that period, thanks to the value of the images recovered and the testimonies that recall the moments lived. It is narrated in an original way, since the archival images are intermingled with the testimonies of the witnesses. It is also very interesting from a cinematographic point of view, since the analysis of the images serves to develop the story and to get to know the protagonists and their personal circumstances. In short, the documentary speaks of the power of these images to have an impact on the present, to provoke an impression, a memory and to rethink those events.

One might think that such a small and remote island is not the most ideal place to hold a film festival. The seventh edition of Beyond Borders has proved that this is far from the truth, since the event has attracted a varied audience, has shown films of heterogeneous themes and quality, and has put, in its own way, the focus of Castellorizo in the international panorama of documentary film festivals. The island that served as the scenario for the well-known film Mediterraneo is a more than appropriate place for the celebration of a festival whose films deal with immigration, social problems, history, memory and other topics of great importance and interest for today’s world. 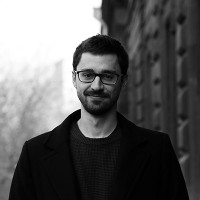