Letter for an aborted interview

November already. Your retrospective at the cinémathèque québécoise is right around the corner. This summer, in July, in a café in Beirut, you told me that you did not want to talk about your films anymore. You didn’t want to or you couldn’t? I don’t know anymore. It was this summer, in July, on the beach in Sour, that you told me that you had nothing interesting to say about them anymore. You also noted that we were a two-hour car ride away from Akka, that all we had to do is keep driving straight ahead, past the barred highway. And for a moment there it seemed so easy.

I could have made you repeat what you have been saying for many years, but there are others that did and probably better than I would have. I could have made you repeat what I myself wrote about your film, what I will be publishing in this same issue. I think it is important, in light of this retrospective, to address the difficulty of talking about your own films instead of forcing it. Is it an impossibility or saturation? Maybe an impossibility that results of saturation.

You also tell me that you do not want to talk about the past anymore. My project for an interview is aborted and I think of that hinge where the act of looking back starts to seem dishonest while that of looking ahead is still too unfocused. Ready-made sentences. A cinema of the place about the place. A cinema of the past for the future. Identity and displacement. How to stay honest amidst all of that? Especially when your cinematic gesture is that of looking back, staring at the past?

You have filmed Jaffa while living in Berlin. You have spoken about Ramlet from Locarno, New York, Rio, Venice and Los Angeles. And now you have been asked to speak about it from Montreal. There is the Palestinian filmmaker, who is also Israeli, German. An international filmmaker (as would put it Limbrick); always already exiled.

At the end of this month, in Montreal, you will be taking us to Jaffa, Ramlet and Jerusalem whereas you are already elsewhere. This summer you were in Beirut, the city where your friend in The Roof lives, the one whom you telephone, the one that gives you the sound of the waves to listen to, deformed by the bandwidth of an early 2000s cellphone. In fact, I never asked you, did you see him again in Lebanon? And the sea, did you recognize it?

2003. 2006. 2007. 2009. 2015. Maybe you should assume the temporal distance that separates your films from us today when speaking about them? Diluting, adapting, stratifying the discourse according to that gap? Because after all, each film is the result of the accumulation of the films that precede it. The Roof films the family to allow Port of Memory to linger on the place that in its turn paves the way for Recollection to rebuild a city already disappeared. With that last film, you speak to us from cinema itself, this landscape where past, present and future overlap and merge, where everything rebuilt is also instantaneously in ruin. And in the aftermath of these films, that where others will begin, you tell me that you want to keep building cities. I then ask you what’s coming next. And to that question you answer: “A sci-fi love story. Perhaps that of my grand-parents”. 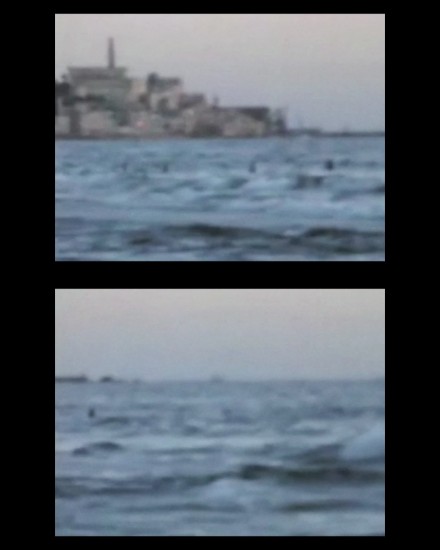 Until soon in Montreal, 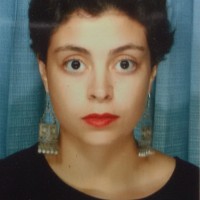 Nour Ouayda is a film director. She also works as an editor and writes about cinema. She is currently pursuing a research around drifting and cinema.