The critically-acclaimed Korean director Kim Ki-duk 2018 film Human, Space, Time and Human raises a fundamental and philosophical question: what is the meaning of human life at the end of the world?

The film begins with a supposedly one-week cruise trip on a once warship where the passengers come from various cultural and social backgrounds, including the Presidential candidate, the power-driven middle-age senator and his son, the young lovers, the Japanese newly-weds, three prostitutes, a group of gangsters led by an immoral and sly rascal, and a mysterious old mute man. Symbolic of a social microcosm, the ship reveals injustice, as the senator and his son receive better accommodations and diets than many other passengers. The unfair treatment triggers antagonism from the newly-weds, and their ensuing tragic ends; the husband is killed and thrown to the ocean, and the wife massively raped by the lust-driven senator, senator’s son and the gangsters. As if a curse is cast on the ship, the passengers and the ship crew awaken from a slumber after the murder and chaos only to find that the ship is suspended in the sky. The crew fail to navigate or identify their locations, making the flying ship wandering and drifting in the sky. As time goes on and the journey seems to go nowhere, the passengers start to fight for limited supplies. The armed senator and the gangsters control the ship but they run the ship again in injustice. Unlike other passengers who remain helpless or submissive, the old man quietly collects dirt and earth, places seeds and potatoes, and hatches a chicken from two eggs. After a cannibalistic massive killing, only the raped woman survives, and gives birth to a boy; altogether they live in the Edenic garden planted by the old man. 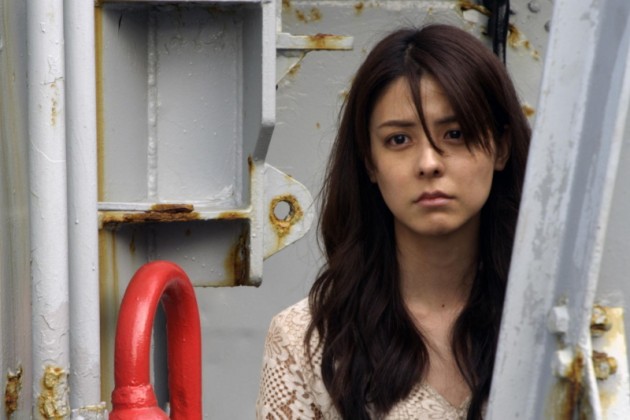 The film aptly recalls Friedrich Nietzsche’s poignant statement, “God is dead. God remains dead. And we have killed him. How shall we comfort ourselves, the murderers of all murderers?” Amid the sense of loss, chaos and nihilism where God no longer exists, people are thrown into an abyss without knowing what to do or where to go, as Nietzsche continues, “What did we do when we unchained the earth from its sun? Whither is it moving now? Whither are we moving now? Away from all suns? Are we not perpetually falling? Backward, sideward, forward, in all directions? Is there any up or down left? Are we not straying as through an infinite nothing? Do we not feel the breath of empty space?” It is exactly this godless state that humans are propelled to confront. What’s more, in this world without God, what remains is the fight for survival. If, according to Charles Darwin, only the fittest and strongest survive, then, how can homo sapiens define “humanity” or human nature, or simply human life? These are the questions addressed in this film.

The film manifests itself as a parable in which various cultural and religious metaphors are appropriated, including the Laputa in Gulliver’s Travels, and the Bible’s Noah’s Ark. The ship undergoes various transformations: a warship, a touring ship, a flying ship of suspense, and a (dys)utopia. Metaphorically, “suffused with the blood smell,” the ship is the epitome of human world where blood has been shed for centuries in various battlefields. When the ship turns to be a flying Laputa where humans are challenged by extreme conditions of scarcity and danger, they do not differ much from other species. This resonates with what Giorgio Agamben suggests “a state of exception” where humans are “bare life” and in the state stripped of law, order or morality, bare life’s (self-imposed) sacrifice is necessary and essential. Seen through the lens of Agamben’s “bare life,” the film further illuminates the significance of bare life. What implies in the bare life is the double meaning: its animalistic “life form” and its transcendent life force. When humans are no longer subject to any moral laws or order, how can they deal with others? What meanings can we derive from life? As is revealed in the film, though a bare life is pathetic and pitiable, it is considered “sacred”, like the required sacrifice in the rite of worship. In the film the old man prophesizes the demise of the world and is aware of his mission. He goes on with his endeavors preparing for the apocalypse even though he witnesses rape, murder, brutality and cruelty. The way he treats cadavers seem cannibalistic; human bodies are either chopped or burned to be earth compost for plants. He makes the best use of all materials as he realizes that waste or not, human flesh or blood will turn out to be nutrients for the earth and the source for human livelihood. 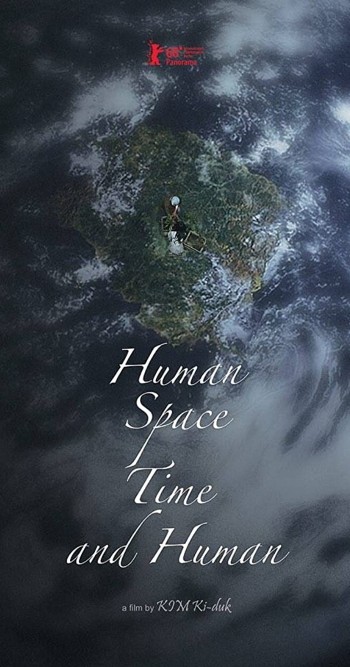 Like the Death or Tower in Tarot, destruction always accompanies resurrection. The film recalls several biblical allusions. The notoriously sinful city of Sodom has to been destroyed by “sulfur and fire” in order that faith be restored. Noah built an ark, placing pairs of animals on board, preventing themselves from the world-engulfing flood and eventually saving and preserving their lives. In the same manner, the old man collects the seeds, the dust and eggs in order to plant the garden because he knows that when it becomes fruitful and the chicken increase, human life will be sustained. However, in all cases, waiting with patience is essential. As the Eva character interprets the old man’s silence, “No plants can be eaten before fruiting; no chicken can be eaten without laying eggs,” waiting for the divine timing is imperative. In front of God’s larger canvas of divine plan, humans should follow the order of temperance and wait for the right time to arrive.

Temporal and spatial finiteness in tandem with divine infinity are the theme of the film. The old man wears a mysterious smile, despite his muteness. He is the epitome of “God” and his last tribute to the Adam and Eve characters, is his flesh and the remaining blood trace of footsteps is the sign of infinity:∞. Time, space and human life are limited and finite, but divinity is infinite. Like Shakespeare’s quote in As You Like It, “All the world’s a stage, And all the men and women merely players; They have their exits and their entrances,” the senator’s last words are “we are merely playing roles.” Humans play roles on stage and will have exits when their lives end, but their demise will lead to the rebirth in other forms, as long as they have faith in divine infinity. The garden will continue to thrive beyond any boundaries of time and space. 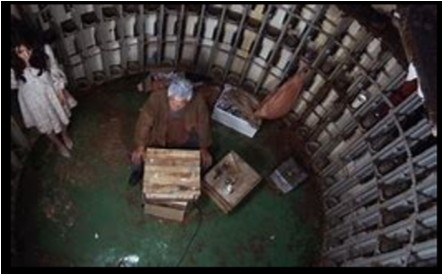 The Adam and Eve characters played by Jang Keun-suk and Mina Fujii give a surprisingly refreshing outlook for the film. Mina Fujii’s often pale and slim figure with her dress signifies an ethereal but tenacious maternal beauty. Though traumatized by the rape, she decides to keep the “fleur du mal” and raises the child. As the film unfolds, she turns from innocence and purity to maturity and strength. Jang Keun-suk, on the other hand, plays the role of Adam, playing various phases of Adam. Initially from a snobbish, standoffish dandy to the man whose conscience is awakened by Eve, driven by lust, Jang presents the many faces of Adam in a subtle and delicate manner.

Sources for the pictures: 韓國Finecut及台灣飛行國際視聽股份有限公司 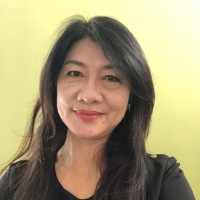 Jade Tsui-yu Lee is a Professor and Chair of the English Department at the National Kaohiung Normal University, Taiwan.