To Scare or Not to Scare

Horror cinéma is not dead...

A partial explanation is that elements of the horror genre have been recuperated by other mainstream, acceptable (and often major studio) films. In a recent article, Barry Grant describes a slate of late 1980’s, 1990’s films as "Yuppie Horror Films" ("Rich and Strange: The Yuppie Horror Film," Journal of Film and Video, 48/1-2, Spring-Summer 1996, 4-14). 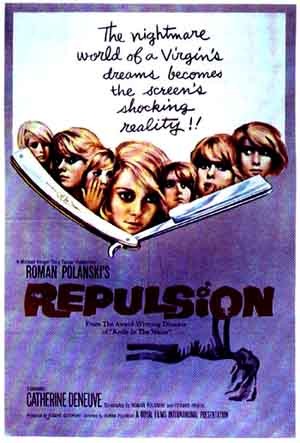 Films such as Fatal Attraction, 1987, Bad Influence, 1991, Pacific Heights, 1990, The Hand That Rocks the Cradle, 1992, Single White Female, 1992, and The Temp, 1993, represent a screwball comedy world gone psychotic. In a twist on the horror film, to characters in the Yuppie horror film "[being] broke is more frightening than being undead or mutilated" (Grant, 10). What we have is the slasher genre in middle-class guise, with adults replacing teenagers, social context tossed in for "respectability" (class, gender or sexual politics), and the graphic violence replaced by (usually female) histrionics. In short, a gentrified slasher genre.

Perhaps we need to get back to the basics and define what a horror film is, or is expected to do. Most genres have a basic emotion or purpose that is part of the implicit "contract" that exists between spectator and maker (producer and consumer). For example, the comedy makes us laugh; the musical entertains us with song, dance and spectacle; the science-fiction film extrapolates the past and present into the future (theoretically at least!); the documentary (if considered as a genre) informs and enlightens; the fantasy makes us feel a sense of wonderment. In this admittedly simple sense (since these emotions do overlap between genres), the horror film is supposed to frighten us, in both a primal and metaphysical sense. And as national and cosmic issues evolve, so does the context of being frightened. Though universal fears always persist (death, disease), what frightens an audience today is not the same as what frightened an audience 50 years ago or even 10 years ago.

Other theorists have attempted more rigorous definitions for the horror genre. Noel Carroll in his wonderful book The Philosophy of Horror: Paradoxes of the Heart offers several precise descriptions, definitions and categories. However, his central thesis is one I disagree with, and is a partial explanation for the categorical conundrum recent horror genre discourse is in. Carroll states that a necessary condition of "art-horror" (all fictional accounts of horror, as distinct from real-life horror) is that there be a supernatural element in the narrative. The events can not be explained by the natural laws of our world (ie. science, psychology, etc.). The temptation to accept Carroll’s definition is in its clarity and simplicity (of course there are other aspects of Carroll’s thesis that distinguish horror from science-fiction or fantasy). Films with monsters in them, ghosts, unexplainable apparitions, living dead, etc., are horror films. Those that do not are not horror films. The problem is two-fold. The theory does not consider the very important fear factor, and at its core too often rests on matters of interpretation. Carroll acknowledges this dilemma with his discussion of Psycho, 1960. According to Carroll’s thesis, whether or not Psycho is a horror film becomes entirely predicated on the subtle dissolve over Norman Bates’ face in the film’s penultimate shot. If the audience reads this dissolve as a signifier of the mother’s ghostly possession over Norman, then Psycho is a horror film. If the audience interprets it as an authorial interjection, it is not a horror film. Since this can never be resolved for each and every spectator, Psycho remains in a state of genre limbo. Likewise, Halloween1978, becomes a horror film only because of Michael Myer’s death-defying disappearance at the end (becoming the "boogeyman"). This situation recalls Tzvetan Todorov’s theory as articulated in The Fantastic: A Structural Approach to a Literary Genre. According to Todorov a necessary condition for the fantastic genre is a state of hesitation experienced by the reader (which can be shared by the character but is not necessary) concerning the ontological nature of the bizarre events. As long as the events remain ambiguous and never fully explained, the genre is fantastic. When the events are explained by natural laws, the genre becomes the uncanny. When they are accepted as being non-natural (supernatural), the genre becomes the marvelous. Works of the pure fantastic are rare. Most stories eventually fall into either the fantastic-uncanny or the fantastic-marvelous genre. For example, Psycho would be interpreted into one of these two latter genres. 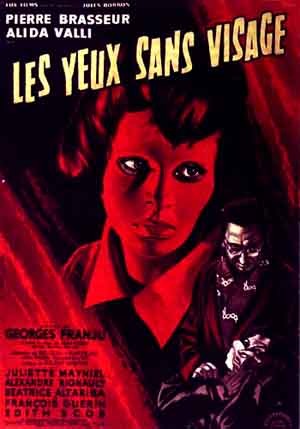 The main problem I have with Carroll’s rigid delineation is that it excludes some of what I (and most horror fans) would agree are some of the genre’s finest offerings:Freaks, 1932, Eyes Without a Face, 1959, The Awful Dr. Orloff, 1962, Repulsion, 1965, The Conqueror Worm, 1968, The Wicker Man, 1973, Sisters, 1973, The Texas Chainsaw Massacre, 1974, Jaws, 1975, Henry: Portrait of a Serial Killer, 1986, Silence of the Lambs, 1992, not to mention most giallo and slasher films. Now that’s just far too much that I’m willing to let go, not without a good fight anyway (though I imagine some folk would gladly sacrifice the slasher films!).

What Carroll’s theory does not consider is a film’s intensity level and the (horror) filmmaker’s intention (though he does consider other important related ideas such as impurity, disgust and loathsomeness). Indeed, when confronted (and confounded) by John McNaughton’s Henry: Portrait of a Serial Killer, a film with little actual on-screen gore, the MPAA rating board just threw their collective arms in the air and sputtered, it’s too "intense." Perhaps the most glaring omission from Carroll’s theoretically adjusted horror listing is the canonized The Texas Chainsaw Massacre. TTCM is relatively tame in terms of on-screen violence or gore. What makes it classic horror is its intent to terrify, both physically and emotionally in what happens to the characters, and intellectually, in the ideas (in the general sense) implicit behind the horrific actions. Director Tobe Hooper transmits this from screen to spectator through intense stylistic affect (especially sound). Arguably more than any other genre, the horror film relies on style to be effective (ie. make people’s skin crawl, upset their sense of morality and rational world order). And obviously, the presence of a monster or supernatural occurrence is not a necessary condition for this affect.

Getting back to my original question, two of the scariest recent films have yet to be recognized as the horror films that they are: Seven , 1997 and Lost Highway , 1997 [a third could be The Silence of the Lambs , though the barrier seems to be weakening in recent years). Tony Timpone, the editor of America’s leading horror film magazine, Fangoria, revealed in an editorial that the magazine’s request to do a cover feature on Seven was refused by the Warner Bros. because they did not want the film to be perceived as a horror film. Let’s imagine a hypothetical situation where Seven was released nationwide by Warner Bros. and bombed at the box-office. You can be sure, faster than you can say "seven deadly sins," that in an effort to recoup their losses Warner Bros. would blast the film into video stores re-marketed as a "psychological horror thriller" or "the scariest horror film since ‘X’." In its intensity and stylistic affect, Seven is as much a horror film as Psycho or Friday the 13th . For example, it uses a high contrast chiaroscuro lighting strategy that owes nothing to narrative motivation and everything to horrific atmosphere. Wouldn’t police detectives searching a crime scene for clues switch on the room lights rather than fumble around in the near dark with flashlights??? Of course, but the dark/light, evil/good lighting pattern formally underscores the film’s descent into pure evil (evil being a politically reactionary concept but rich fodder for the horror genre). Not to mention the devious use of the seven deadly sins. Why is it that Theatre of Blood , 1973, which uses a plot similar to Seven (copy-cat murders based on Shakespeare’s plays) and is far lighter in tone, is considered a horror film but Seven is not? It has a lot to do with Seven ‘s "respectable," star-studded cast (Brad Pitt, Morgan Freeman, Kevin Spacey) and the studio’s desire to maximize its profit potential (ie. assuring the largest possible audience).

People who like Lost Highway admit that it is one of the scariest, get-under-your-skin creepy films in a long time. For pure understated horror, can anyone come up with a creepier moment than the one between Fred Madison (Bill Pullman) and his clown-like demonic alter ego Robert Blake (the Mystery Man) at the party? Lost Highway has been referred to as surrealist, Lynchian (of course), art cinema, or just plain "weird," but rarely just horror (Lynch has come closest by referring to it as "a 21st Century noir horror film"). Yet it succeeds where few horror films have (though theoretically should): unsettle our very sense of who/what we are, and our sense of what’s up and what’s down. Lost Highway frighteningly reinvents one of the horror genre’s most often used thematic, the doppëlganger. Everything splits and bends in Lost Highway: characters, the narrative, time/space. Lynch visualizes this in the final scene where Fred Madison’s head literally comes apart at the seams while driving away/into(?) a black abyss. Which also summarizes how the spectator feels at the end of this physical and metaphysical horror-trip. In fact Lost Highway fits like a template over a recent definition of the postmodern horror film given by Isabel Pinedo. "I locate five characteristics that operate together to constitute the postmodern horror film: 1) there is a violent disruption of the everyday world; 2) there is a transgression and violation of boundaries 3) the validity of rationality is thrown into question 4) there is no narrative closure; and 5) the film produces a bounded experience of fear." (Journal of Film and Video, 48/1-2, Spring-Summer 1996, 20).

A fair and accurate account of horror must be able to include such films as Lost Highway (and all the earlier noted films that Carroll’s theory excludes). I would rather err on the side of plenty and offer the following broader categorization of horror by simply grafting Tzvetan Todorov’s elegant definition of the Fantastic onto the horror genre. The result would be three forms (or sub-genres): Horror-Fantastic, Horror-Uncanny, Horror-Marvelous. The Horror-Marvelous describes films that clearly abide by non-natural laws (ie. Noel Carroll’s definition), such as Dracula , 1930, The Exorcist,, 1973, The Thing ,1951, 1982, Nightmare on Elm Street ,1984, including those which announce their "supernaturalness" at the conclusion ( Rosemary’s Baby , 1968, Halloween , 1978, Friday the 13th ,1981). The Horror-Uncanny describes films that are marked by the noted intensity and stylistic affect common to the Horror-Marvelous, but whose events can be explained by natural laws (Freaks , The Black Cat ,1934, Repulsion , The Texas Chainsaw Massacre , Henry: Portrait of a Serial Killer ). This would include films whose "naturalness" is only revealed at the conclusion ( Mark of the Vampire , 1935, April Fool’s Day , 1986, Funhouse , 1981). The Horror-Fantastic describes those films exhibiting the intensity and stylistic affect common to the Horror-Marvelous, but that remain blocked from an either/or (natural/supernatural) explanation, or are dependent on individual interpretation for such a reading ( Cat People , 1942, The Body Snatcher , 1945, Psycho , The Innocents , 1961, The Birds , 1963, The Hand , 1981)

Admittingly, I am swimming into a tautological sea by assuming a general understanding of the horror genre. But a certain tautology is a necessary evil of genre theory, and I mean the latter more as a categorization rather than definition of the horror genre. Besides, I do agree with Noel Carroll’s other not sufficient descriptions of "art-horror" (the quality of being "interstial," ie. something that can not be categorized, as for example, vampires, mummies, zombies that are neither living nor dead; impurity, disgust, etc.). So the next time you hear someone say, "the horror genre is dead/dying," tell him/her it ain’t so, it is merely evolving.