Benjamin Halligan, Hotbeds of Licentiousness: The British Glamour Film and the Permissive Society

There is always room for studies of auteurs and national cinemas, but film studies has matured enough for niche topics to be examined. In the British context these include the cinema during the First World War (Howard 2006) and comedies in the 1930s (Smith 2000). To these can be added Benjamin Halligan’s Hotbeds of Licentiousness.

The permissive society is one of those cultural phenomena which has a chicken and egg relationship to the arts. It was not experienced equally across the country, but London was its epicentre. Films such as Billy Liar (John Schlesinger, 1963) and Smashing Time (Desmond Davis, 1967) show the lure of the metropolis. This geographical disparity is one factor making the permissive society hard to date and Halligan is wise not to be too precise, though the Lady Chatterley trial of 1960 and the Beatles are given their due. The ending of compulsory national military service in 1960 is less often mentioned. It contributed to the decline of deference, as Sidney J. Furie’s The Boys (1962) illustrates. A third of the book is devoted to social change in the 1960s and 1970s, Legislation such as the Abortion Act 1967, which legalised abortion, and the Sexual Offences Act 1967, which decriminalised homosexual acts between consenting adult men, provide signposts along the journey to a freer society. Changing attitudes were evident across the arts. In the world of film, John Trevelyan, Secretary of the British Board of Film Censors (BBFC) from 1958 to 1971, was notable in taking a more liberal approach to film classification than his predecessors. Such a move did not go unopposed. The name which recurs in this section of the book is that of Mary Whitehouse, founder of the National Viewers’ and Listeners’ Association. Hers was a rearguard action against pornography, gay rights and feminism (p. 24). Subsequent revelations about some of her prominent supporters have tarnished her legacy. The television personality Jimmy Savile was revealed as a serial abuser of adults and children, while John J. Smythe QC, the barrister who instigated her numerous prosecutions against indecent material, fled the country when his pederastic activities were exposed (p. 26). A charitable explanation is that Whitehouse’s single-mindedness made her blind to warning signs. The Conservative Prime Minister Margaret Thatcher took up the moral cudgels in a 1982 speech against the permissive society, though political expediency made her soften her stance (pp 78-9). Her party had its own dark corners. Bob Boothby was a Member of Parliament, whose personal life was more colourful than his political career (Mount 2011, Parker 2020), while sleaze helped to bring down the government of Thatcher’s successor, John Major (Doig, 2001). Most notorious was the Profumo affair of 1961/62. Halligan (p. 44) notes similarities to Joseph Losey’s The Servant (1963). 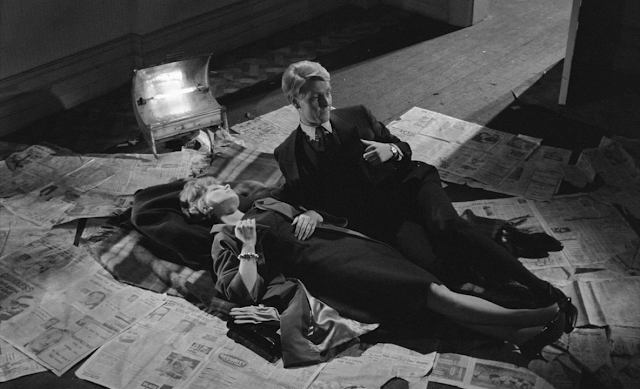 The second part of the book examines hardcore pornography from the 1960s and 1970s, focusing on the work of Harrison Marks, Russell Gay and John Lindsay. Their subject matter and photographic styles are contrasted. Marks is characterised as a buccaneer providing a continuum from the Victorian music hall to contemporary pornography (p. 139). Margaret Thatcher had a different notion of Victorian values and her position as Prime Minister meant that her views prevailed (p. 164). Contrasting with Marks’s approach is Gay’s attempt to capitalise on the couples market (p. 159). For Halligan, Lindsay’s conservative approach drains his work of enjoyment, replacing it with money. His films take ‘The step into the 1970s where that which has been made permissible can now be bought and sold. John Lindsay’s performers therefore seem to be the collection of their organs alone – bodies without souls or … consciousness’ (p. 192).

Part three, the softcore, follows the career of Derek Ford, who ventured into the suburbs with work aimed at the upwardly mobile working class. Halligan’s description of the typical set (p. 217) brings Mike Leigh’s Abigail’s Party (1977) to mind. The other figure examined in this section is the mainstream photographer David Hamilton, who made five films. Hamilton directed soft-focus, consciously artistic works, which reveal his preoccupation with pubescent and pre-pubescent blonde girls. His themes are the loss of innocence and the certainty that youth will not last (pp. 254-5). Catherine Breillat has a writing credit on his first film Bilitis (1977). Her own film Une vraie jeune fille made in 1976 explores similar subject matter, albeit from a different viewpoint. The work aroused more controversy than Bilitis, its release being delayed for twenty years (p. 265 n13).

It is refreshing to see these works being discussed rather than dismissed. They found an audience, so they deserve to be considered as cultural artefacts, whatever their quality. Understandably Halligan is reticent about how he obtained the hardcore films: this is uncharted territory, with no official archive to aid the researcher. Some films were uncredited or undated, which means they cannot be put into context. The work of some figures proved difficult to source, which may be why gay porn is omitted. Matthew Sweet (2005: 289-317) had the good fortune to interview two luminaries of the genre, Pamela Green and John M. East. Aside from recorded interviews, today we are largely thrown back on written sources to supplement the films.

This book is a thought-provoking read not only for devotees of British cinema, but for anybody interested in the byways of film production, how obscenity is defined, the rationale for censorship and that liminal area where film interacts with the prevailing culture. The ironies can be seen more clearly today. Mary Whitehouse’s’ objections to pornography stemmed from her religious convictions, though Peter Mullen’s The Magdalene Sisters (2002) and John Smyth’s activities while chairman of the Church of England’s Iwerne Trust, which ran Christian holiday camps for young people (p. 26), demonstrate how religion can become perverted. Politics has an equally tangled relationship with censorship: does free speech mean removing the shackles from pornography? Ruth Wallsgrove writing for the feminist magazine Spare Rib found herself supporting Whitehouse’s anti-pornography stance, though not her methods (p. 24). Quibbles with the book are minor. Halligan could be more critical of Anthony Daly’s claim that Thatcher’s mentor Keith Joseph assaulted him during a drug-filled gay orgy involving Conservative Members of Parliament (pp. 82-3). The case of Carl Beech who made similar assertions that were subsequently discredited is cautionary (Kirk 2020). 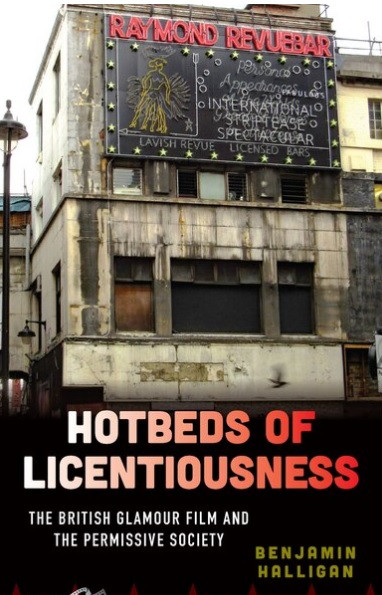 The cover image is of the Raymond Revuebar in Soho, that area of London renowned for its varied pleasures. The films discussed were readily available there. It would be interesting to know how far they were disseminated outside of major cities in the days before videos, when cine projectors were expensive. This is where oral evidence would be helpful. A topic not covered by Halligan is the attitude of local authorities to films from the legitimate end of the glamour market, which gained a cinema release. The BBFC was founded in 1913 by the cinema industry as a successful attempt to sidestep government control. After several fires the Cinematograph Act 1909 was intended to ensure the safety of cinema patrons, powers which were extended in the 1920s to allow local authorities to control what was seen. In most cases local authorities were content to rely on the BBFC’s judgement, but in the moral panic of the 1960s and 1970s some councils exercised their powers to overrule the BBFC. Information is patchy. The left-wing Greater London Council took a relaxed view and allowed the screening of uncertificated films (p. 101). The same could be said for Manchester (Hally 2018: para 45). Other authorities such as Harrogate were more stringent (Egan 2021). In Southend-on-Sea the self-styled Public Protection Committee voted in March 1971 to view every X-rated (adults only) film intended to be screened in the borough (CBSS 1970-1: para. 1471). Among the banned titles were Antonioni’s Zabriskie Point (1970) (CBSS 1971-2: para. 536) and Peckinpah’s Straw Dogs (1971) (CBSS 1971-2: para. 1536). The reasons for the bans do not appear in the minutes. As residents could see the films in neighbouring towns or in London, the committee’s efforts proved fruitless. A thesis topic awaits an eager researcher.

As Halligan admits, ‘Pornography … seems to have been defenceless in terms of defending the ideals of the Summer of Love as they were remoulded into vistas of weekend amusements in the stockbroker belt’ (p. 292). Moral values are always in flux and change has been significant over the past half century. Today Straw Dogs is screened on free-to-air television channels, but the changes are not all one way. Gone with the Wind (1939) was popular fifty years ago, but today its racial overtones make for uncomfortable viewing, The Paedophile Information Exchange founded in 1974 and a bête noire of Mary Whitehouse, was proclaimed by others as a step towards sexual liberation (p. 258). It would not be countenanced today (Doward 2014). I am left with a question: if a latter-day Buñuel pitched Belle de jour to a studio, what would be the response?

Parker, Peter (2020), ‘The establishment was always covering up for Bob Boothby’, Spectator, 30 May, https://www.spectator.co.uk/article/the-establishment-was-always-covering-up-for-bob-boothby.

Philip Gillett is an independent writer on film and author of The British Working Class in Postwar Film (MUP, 2003), Movie Greats: A Critical Study of Classic Cinema (Berg, 2008), a re-examination of the film canon, Film and Morality (CSP, 2012) and Forgotten British Film: Value and the Ephemeral in Postwar Cinema (CSP, 2017), and Film and the Historian: The British Experience (CSP, 2019).