In They Came From Within: A History of Canadian Horror Cinema (2004), Caelum Vatnsdal wrote of Sexcula (1974), “though the film was evidently finished, it was never released, and thirty years on it seems unlikely that it will ever be.” Unlikely, however, is not impossible. Now Sexcula has resurfaced for all to see, thanks to a print found at Library and Archives Canada that set off a chain reaction of interest in the film that lead all the way to producer Clarence Neufeld, who eventually cleared the title for DVD release. 1 Vatsndal went on to write, “of all the sub-sub-sub genres in the world, Canadian horror porn must be among the most underrepresented.” 2 Few hardcore films were made in Canada in the 1970s, and that alone makes Sexcula an interesting curio. Few, I suspect, will find it to be much more than a curio. 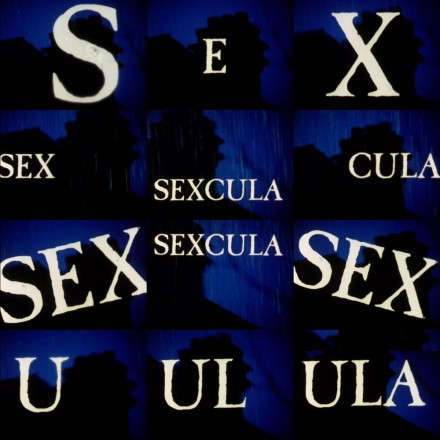 When did someone stumble onto the fact that “-ula” makes a versatile suffix? Maybe Blacula (1972)? For whatever reason, the adult film industry really took hold of the “-ula” suffix, giving us Suckula (1973), Dragula (1973), Spermula (1976), Ejacula (1992) and Gayracula (1983). It took Vancouver to give the world Sexcula, a title that is easier to type than say (Sexula trips off the tongue slightly better). It screened only once – a private affair for Vancouver industry types – and, as Dimitrios Otis puts it, “general embarrassment ensued.” 3 Its producers then sat on it in hopes of a US distribution deal that never came. It was one of many Canadian features of the time (including David Cronenberg’s early films) made utilizing tax shelter laws that allowed 100% capital cost avoidance, but was quickly forgotten and has stayed that way for nearly 40 years. The 2011 book Dracula in Visual Media: Film, Television, Comic Book and Electronic Game Appearances, 1921-2010 has more than seven hundred entries, and even a special section for “Dracula in Adult Film,” but makes no reference to Sexcula. 4 I raise this fact not to impugn the exhaustiveness of that tome, but rather to emphasize Sexcula’s obscurity. Indeed, its DVD release by Impulse Pictures is more discovery than rediscovery. 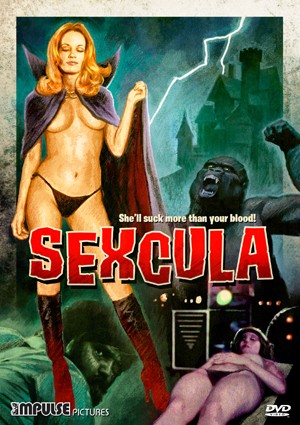 Sexcula has some charms, but the film’s strange production and release history may be the most interesting thing about it. Its mix of silliness, tedium and the odd patch of legitimate eroticism might have sustained 50 or 60 minutes, but it feels padded at 87. Its frame narrative involves a couple (Debbie Collins and David F. Hurry) inheriting a spooky old manor, which they visit in search of grandma’s diary hidden somewhere within. The couple’s drive to the manor offers the only substantial location shooting that can position this as a geographically specific Vancouver film, arriving by boat at the Horseshoe Bay ferry terminal and driving up the Squamish highway until they pull off to a dirt road leading to the dilapidated mansion. The woman finds the diary in short order, and the couple picnic in a meadow nearby where they read from it aloud, unlocking the estate’s legendarily sordid past. 5

The diary recounts the attempts of mad scientist Doctor Fallatingstein (Jamie Orlando) – a pun that makes “Sexcula” seem ingenious by comparison – to produce for herself a super-potent man to satisfy her prodigious sexual appetites. But Frank (John Alexander), the monster, is impotent – not through any physical defect, Fallatingstein insists – so she calls up her cousin Countess Sexcula of Transylvania (also Collins) to help initiate him. “Sexcula,” Fallaginstein tells us, “is an expert at erotic, sensual, uh — well, she’s basically a hooker,” epitomizing the film’s authentic 19th century dialogue, but considering that this film includes telephones in the period setting, an extremely laissez-faire attitude towards historical accuracy prevails. 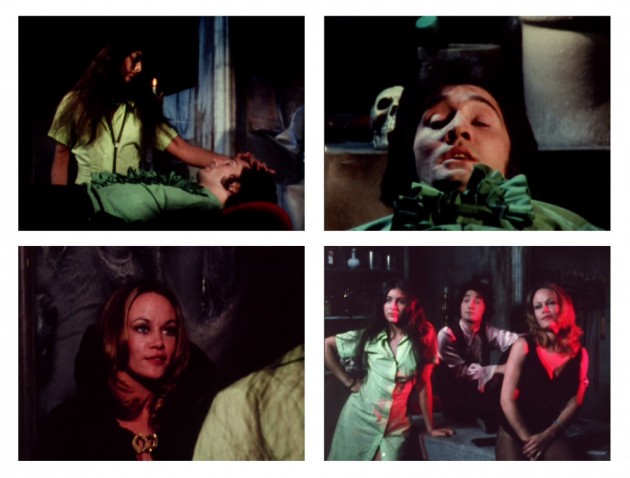 Also populating the castle is Orgie (Tim Lowry), the slovenly humpbacked assistant who is naked far too much of the time, a sex simulator robot (Marie McLeod) and an amorous ape (Bud Coal). You read that correctly. The bulk of the film is a set of vignettes documenting various attempts to get Frank aroused. The most watchable of these comes when a stripper does a provocative routine with the ape, which ends with one of the film’s few legitimately funny moments. 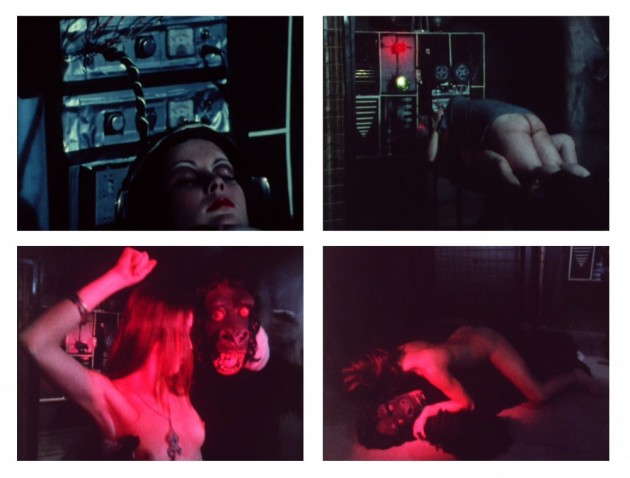 Ultimately it transpires that Frank’s non-existent libido relates to a lack of “sex cells,” which Sexcula acquires through a set of random sexual encounters.

The sequence goes on, and on, and on, so much so that we suspect it might have been footage salvaged from another (more explicit) film, until we are told via voiceover that Sexcula sabotages the light and takes advantage of the ensuing chaos to harvest the necessary “sex cells”. She then promptly administers the harvest to her monster. 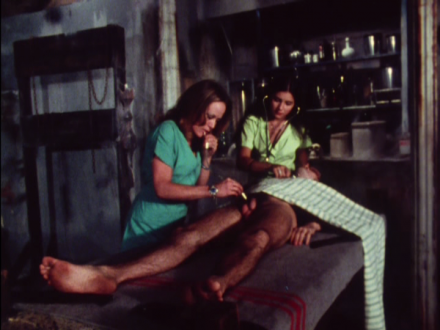 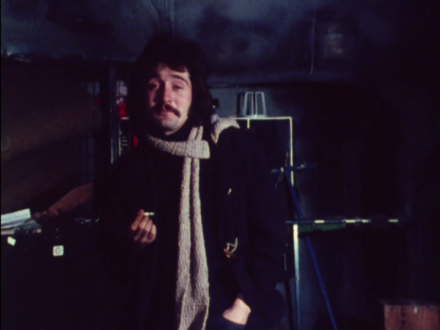 If this has not been clear from the description, Sexcula is a highly disjointed film. For one example, the film’s frame narrative goes nowhere, though it does include a few funny moments of the women trying to arouse the man while his nose is buried in Fallatingstein’s journal. With Debbie Collins in both parts, one expects a revelation that she is a reincarnation of Sexcula or something similar, but nothing like this arrives, making one wonder what the point of it is. Nor does Sexcula function very well as a horror porno spoof. The implication is that Sexcula collects these “sex cells” by biting penises (much like Lady Sylvia Marsh (Amanda Donohue) in Ken Russell’s The Lair of the White Worm (1988), but this is not shown explicitly and nothing else about the character, besides the occasional cape, suggests that she is even a vampire. Little enough is done to explore the sexual subtext of vampire mythology. Indeed, despite the “mad scientist’s laboratory” setting and the character names, there is almost nothing to connect the film with the horror material it is purportedly spoofing. Even the fact that Frank is a construct of Dr. Fallatingstein matters less to the narrative than his impotence. It is no wonder that the film gets so distracted by the wedding spoof, even returning to it long after its thin narrative justification has expired; it seems relieved to have found itself a stock porno scenario to run with.

Murray Leeder’s research interests include silent cinema, film genre with a focus on horror, film history and theory, and issues of ghosts and haunting. Murray’s published works include Halloween (Auteur Press, 2014) and the upcoming Cinematic Ghosts: Haunting and Spectrality from Silent Cinema to the Digital Era (Bloomsbury, 2015).