Reform Cinema in Iran: Film and Political Change in the Islamic Republic

Most historians agree that the Revolution of 1979 was the most significant event in the contemporary history of Iran, which produced dramatic effects on all aspects of Iranians’ lives. Cinema was no exception. The transition of power from a pro-Western kingdom to a religious, revolutionary, conservative government changed all the standards and regulations of film-making and spectatorship in Iran. In the first decade of the Islamic Republic, filmmakers were committed to serving the revolutionary ideals. However, after the death of Ayatollah Khomeini, Iran’s religious leader, in 1989, these ideals gradually changed. Many scholars recognize Mohammad Khatami as the key player who has led this transition. In Reform Cinema in Iran: Film and Political Change in the Islamic Republic, the author Blake Atwood examines the transformation of Iranian cinema from a revolutionary cinema during the first decade after the Revolution of 1979 to a reformist cinema during the 1990s and the first half of the 2000’s, when it was under the direct leadership of Mohammad Khatami, the leader of the reformist movement in Iran.

To theorize the visual language resulted from the alliance between political reform and Iranian reform cinema, a term that refers to the Iranian cinema under Khatami, Atwood, who is an assistant professor in the Department of Middle Eastern Studies and the coordinator of the Persian language program at the University of Texas at Austin, investigates Khatami’s relationship with the cinema of Iran during the period from taking control of the Ministry of Islamic Culture and Guidance in 1982 to the end of his second presidential term in 2005.

Besides the introduction and conclusion, the book contains five chapters. In the first chapter, “When Love Entered Cinema,” the author traces the roots of reform in the Khatami’s Ministry by studying Mohsen Makhmalbaf’s Time for Love (1991), a movie about a woman’s adulterous affair. Time for Love advocated a liberal, relative, mystic approach to love, which was counter to the existing revolutionary belief, the one that only accepted an absolute, conservative love. According to Atwood, in Time for Love, Makhmalbaf used mysticism to argue that Islamic governance and reform could coexist, and that was why this movie marked a historic turning point in “transition from revolution to reform, both politically and cinematically” (30). The next two chapters investigate the reform within the Iranian cinema during Khatami’s eight-year presidency, when filmmakers employed a critical approach towards the reformist movement. Atwood mentions that during Khatami’s presidency, he and his reformist agenda became the central theme of many movies, from art-house films to popular narratives to documentaries. Gradually, some film-makers started to criticize the reform movement by bringing up their social concerns. The excellent examples of this criticism were Rakhshan Bani-Etemad’s Under the Skin of the City (2000) and her documentary Our Times… (2002). 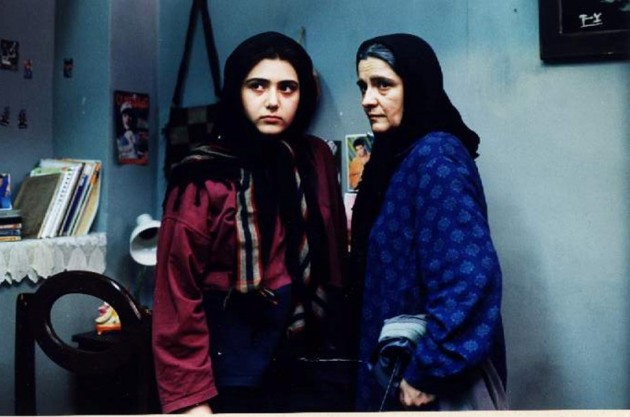 Under the Skin of the City

To analyze Under the Skin of the City, instead of focusing on the feminist aspect of the movie (what most scholars have done), Atwood presents a different point of view. He examines the movie considering its “urban static,” addressing the spatial, temporal, financial and political inequality between North Tehran and South Tehran. He argues that Khatami “was attempting to create reform from the top down, but Bani-Etemad’s Under the Skin of the City return[ed] this political narrative to the street level, and this vantage point reveal[ed] the reformist myth’s shortcoming” (77). However, as Atwood reminds his readers, the final scene of the movie showed that the director was optimistic about the future of reform and had still faith in its leader, Khatami.

In Chapter three, “video democracies,” the author explores the role of digital video technology in democratizing the medium of film. Although this role was not restricted to Iran, Atwood argues that the impact of digital video technology in Iran has been different. In fact, it created “a system of production, distribution, and aesthetics that operated outside of the bounds of state control” (102). By legalizing video technology, Khatami not only freed film-makers from the limitations of traditional film-making, but he gave the spectators a chance to choose the content they would like to watch freely and even produce their own content without government control.

In chapter four, Who Killed the Tough Guy? Atwood picks up Protest (1999), a mainstream movie, which “represent[s] the reformist movement as part of everyday life, as a regular pizza” (136). By comparing Protest with Qeysar (1969), the book aims to explain the transition from revolutionary ideals to those of reform. The protagonist in Qeysar has his own moral codes and decides to “protect his family’s honor” violently and without requesting help from police. Atwood indicates that Protest, though 30 years after the release of Qeysar, in some ways, follows the story of the same protagonist. However, this time, the director, Kimiayi, kills the old tough guy, and instead, gives birth to a new hero, the one who prefers the rule of law and opening a dialogue with opponents (the notion of reform). 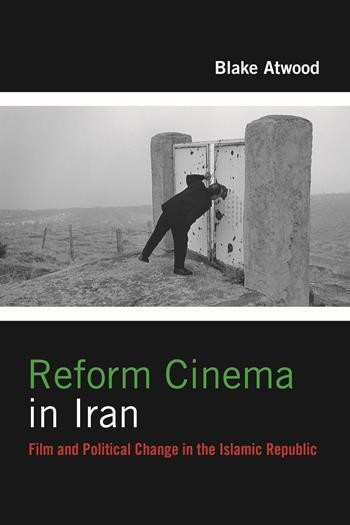 The last chapter, “Reform Cinema in Iran,” follows the status of the Iranian cinema in the post-Khatami era. Atwood mentions that, despite the absence of an explicit reformist movement in Iranian cinema after Khatami, the reformist esthetics stayed alive. However, the main theme of the works such as Tehran Has No More Pomegranates (2007), an experimental documentary by Masoud Bakhshi, and “Love of Speed” (2007) a video clip by the music band Kiosk is the inefficiency of the reformist movement to achieve what it had promised.

The book’s approach to its subject, reform cinema in Iran, is fresh, well-structured and creative. Atwood has chosen a case study model for conducting his research, and this method has made the book very interesting to read. He has not limited his choices to critically acclaimed movies or a specific genre. Case study subjects have been chosen from documentaries (traditional or experimental), commercial movies, art-house cinema and even the medium of music video. The readings of the movies are very accurate and engaging and are sure to motivate readers to watch all the movies to see the subtleties mentioned in Atwood’s analysis.

Atwood draws strong connections among different topics of the book. For instance, in chapter three, when he talks about Under the Skin of the City, he brings up the idea of “space” and the difference between the definition of this concept in the life of people in the north and the south of Tehran. The same argument applies when he uses the example of Tehran Has Not Pomegranates in chapter five. Such connections help the reader to have a better understanding of the entire journey of the reformist cinema in Iran.

Although the book is an excellent resource for anyone interested in Iranian cinema, it is especially useful for readers concerned with the impact of Mohammad Khatami and his political and social ideology (reform) on Iranian cinema. Atwood’s objective point of view, beside his profound knowledge of Iranian cinema and Persian language, have made the book a good reading for professionals who want to know more about Iranian cinema after the Revolution of 1979. 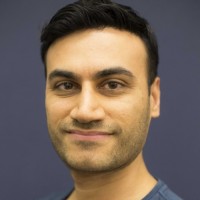 Mazyar Mahdavifar is a California-based writer, journalist, and media producer. He is currently pursuing his MA degree in Film Studies at Chapman University. His academic interests include feminist film theory, national cinemas, and cinema of the Middle East.