The End of an Era? Michael Haneke’s Happy End

Michael Haneke’s 12th feature film shouldn’t surprise the critic or cinephile familiar with his decades-spanning oeuvre. In reviews of Happy End, critics observe the director’s ongoing preoccupations with bourgeois life, capitalism and colonialism, youth and media technologies, murder and suspense, and then decry the film as “self-pastiche” (e.g., Yoncu Talu in Film Comment, Vol. 54, No. 1). As the director stated in a recent interview, “It is…a kind of summation” of his work and thinking up to this point (Cineaste, Vol. XLIII No. 1).

While I was watching this film I felt a sense of familiarity to be sure, but more akin to homeliness, similar to when I see a new film by Tsai Ming-liang. Haneke, like Tsai, presents a limit-case auteurship whereby his films are enriched by the viewer’s knowledge and appreciation of the works that came before it. A number of Haneke’s pictures seem to take place in the same world, again like Tsai’s oeuvre, particularly those filmed and set in France. The characters may be the same ones from prior films but they also may not, or the characters behave in a certain manner because of some action from a prior feature. Moreover, Haneke imbues his cinematic world with intensified tension and anxiety: characters don’t overreact but insist upon drastic measures as a solution, measures that few of us would take let alone consider. The Haneke world is not one of melodrama but of extreme responses to the human condition. 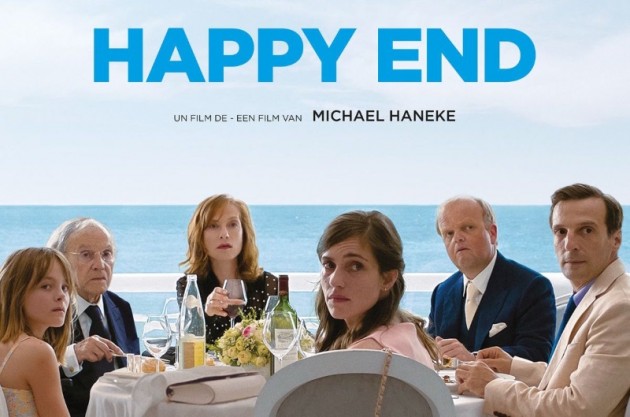 Haneke assists the viewer in this world-building approach by consistently naming his main protagonists Ann/a/e and Georg/es, secondary characters Thomas, Pierre, and Ev/a/e, and in the case of his French films, the common familial name of Laurent (The Piano Teacher [2003] – based on a novel by Elfriede Jelinek – and The White Ribbon [2009] here excluded). Happy End’s Georges Laurent (Jean-Louis Trintignat) may be Georges (Trintignant again) in Amour (2012) or he may be a Georges that has experienced the world in a similar vein, one who attempts to solve the problems of – in these two cases, old age – with a comparable attitude. Other intratextual readings are possible and it is here, I think, that longer pieces of criticism and scholarship could begin. For now, let’s discuss the film itself.

The Laurent family lives in an upper class home in Calais, a city now largely known for an influx of migrants from places such as Morocco. The Moroccan housekeepers of the Laurent estate, “slaves” as Pierre calls them, occupy a marginal position in this familial drama, as do the group of black men who appear twice in the film. The film is, in part, about migrants in Calais by virtue of nearly overlooking them entirely, at least from the perspective of the wealthy Laurent household. The film begins with thirteen-year-old Eve Laurent, through Snapchat video, considering then subsequently poisoning her mother. After her mother’s death, ruled an accidental overdose, Eve moves in with her father (her mother’s ex-husband), his new wife and infant son, her aunt (on the father’s side), and her grandfather (the father of Eve’s father and aunt). Aunt Anne (Isabelle Huppert) and her son Pierre (Franz Rogowski) took over and maintained Georges’s contracting business while Eve’s father, Thomas (Mathieu Kassovitz), is a doctor of high-standing and pay. The Laurent contracting business is doing well for itself, despite a construction accident that injures a worker and Pierre’s lack of interest in a contracting career.

Aside from Georges’s suicide attempts (we come to better understand his proclivity for suicide as he tells Eve that he suffocated his sick and dying wife – a clear nod to Amour), the film presents psychologically complex characters without revealing much about their psyches. Unlike The Bad Seed’s (Mervyn LeRoy, 1956) sociopathic little girl Rhoda Penmark, Happy End is less interested in the morality of Eve’s actions and their consequences. Haneke doesn’t reveal why Eve bursts into tears in the middle of the film nor the reasons behind her own later suicide attempt. The film dispenses with our narrative desire for a tale of murder, much like Carlos Reygadas does in Battle in Heaven (2005). There, a botched kidnapping resulting in an infant’s death is merely the backdrop for the director to explore themes of class, race, spirituality, and sexuality (and the intersections of all four). However, we are left wanting to know more about Eve and whether she receives punishment in the form of guilt or by law. 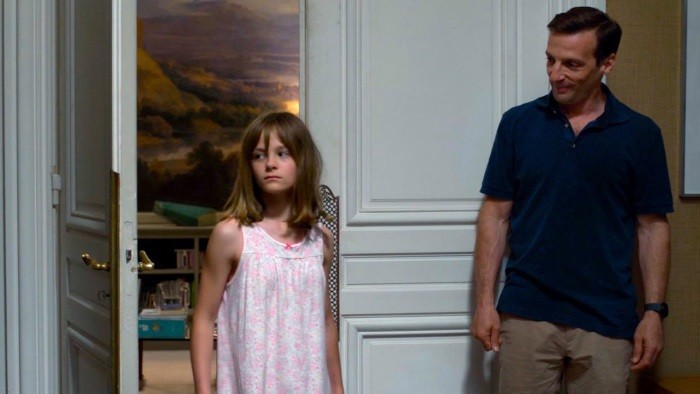 Happy End is certainly the most conventional of Haneke’s features. Thomas’s affair with Claire is kept at the margins of the film, neither explored nor detailed; Anne demonstrates disinterest in her son’s personal life until it gets in the way of her business or her wedding with Lawrence Bradshaw (Toby Jones); and nothing is revealed about Pierre himself, his dispassion for life obvious but his ambitions and disdain for his mother relatively hidden. And this is the problem with the film, not its self-references to earlier work and themes – everything is marginal and, following upon what I think was a very successful treatise on illness, companionship, and assisted suicide in Amour, Happy End is one of Haneke’s weakest outputs because it lacks the ethical force and formal experimentation (e.g., Funny Games [1997/2007] challenged audiences’ desire for fictional violence and Caché [2005] tested the limits of perception as a route to knowledge). It has neither the time nor the structure to investigate any of its broached themes (class, the migrant crisis, the failings of contemporary romance, and death, to name a few). Many filmmakers repeatedly test their creative abilities and update their art to include the contemporary moment; yet Happy End is full of screens but little is made of them; death is offscreen, like in most Haneke’s films, but carries no significance; and Anne and Lawrence’s wedding is attended by white-skinned individuals only until Pierre brings the black men in as special guests – Thomas knocks out Pierre then Anne seats the guests as the dinner continues, all rather uneventfully (until Eve assists Georges into the sea).

The phrase “happy end” implies a positive ending for one or more characters or a desired end state for one or more characters. The irony in the film’s title –Happy End, in English, is the original title and the film is promoted and distributed under it –is Georges’s desire for death: old age and a deceased wife have left him little to live for. In the ending of the film, we have another unsuccessful suicide attempt by Georges (presumably he is rescued from the sea by Thomas). Not very happy at all. Yet the title lacks the powerful ethical quandary posed by the director’s previous film’s title. Amour: when we’ve reached the end, the title demands to know whether we think one could love a person so much that assisted suicide (deliberate suffocation) is an option. Funny Games as well: a formal experiment in narrative and violence – the two young sociopaths play games with their captives and Haneke holds our desire for violence hostage as well. Conversely, when I left the theatre, Georges’s and Eve’s happy end (again using Snapchat to capture death – unbeknownst to Haneke at the time of filming, Logan Paul is the real world’s Eve), left me rather cold and disinterested in their respective plights nor those of the migrants living in Calais.

Perhaps the intended use of the English phrase, “happy end,” carries a different significance for Haneke. When Catherine Breillat named her 2001 film Fat Girl and stated that she prefers the English title to the French (A ma soeur!), the former hits upon both character and theme that is possible only through that language – Grosse fille would not have worked, she mentioned in an interview. After watching Haneke’s newest exploration of familial relations and death, “happy end” sounds like a clichéd attempt to sound meaningful through irony, much like Gaspar Noé and his poorly scripted drama about a couple that can do nothing but fight and fuck. Indeed, Noé’s Love (2015) was not a clever jab at contemporary romance and doesn’t beg us to answer the question, what is love. (Misogyny would have been more appropriate title.) Perhaps Family would have been apt for Haneke’s 2017 film: dispassionate, disinterested individuals with no moral or political stakes in the world. Like the characters, the film itself doesn’t draw our attention to any moral or political concerns either. 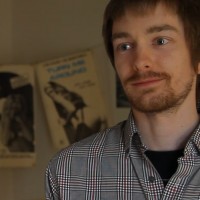 Troy Michael Bordun is a part-time contract instructor at Concordia University and the University of Northern British Columbia. Bordun’s work on contemporary cinema includes the monograph Genre Trouble and Extreme Cinema (Palgrave, 2017), and articles and chapters in Cinephile, Mise-en-scène, Studies in European Cinema, and Screening Scarlett Johansson (Palgrave, 2020), among others. He is presently working on a book about philosophy and superhero comics and continues to research contemporary genre films.