The case for a precision temporal relationship between Tarkovsky's Solaris and Kubrick's 2001: A Space Odyssey

Brian D. McKenna’s audacious and creative ‘polyphonic’ analysis that argues for a conscious dialogue on the part of Andrei Tarkovsky between his Stanislaw Lem based Solaris and Kubrick’s 2001: A Space Odyssey. 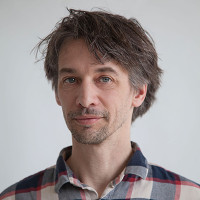 Brian D. McKenna was born in Ottawa in 1975, some 2 hours and 20 minutes before the earth-orbit docking of Apollo and Soyuz. He grew up in the former European Union countries of Scotland and England before settling in Western Canada in the mid-1980’s. He received a multidisciplinary BFA in visual-art and music from the University of Lethbridge and an MFA in visual-art from the Sandberg Institute in Amsterdam. Since 2002 he lives and works in Amsterdam as an independent audiovisual artist and his work is presented internationally. McKenna works part-time as an instructor and researcher of media-technology at the Sandberg Institute and more recently is a PhD candidate at the University of Amsterdam.