It’s winter 1925 in a small rural Danish town. The stubborn patriarchal figures of two modestly extended families, who have kept their clans apart over the sharply divergent beliefs in their individual Christian sects, lock horns as the youngest of each tribe falls in love with the other. The divide seems too great… until death and the ensuing divine intervention, in the form of an irrefutable holy miracle, bring them together.

Ah, the embarrassing wealth of cinematic riches in New York… able to just brainstorm up a film series like this, having a noted film director (in this case, Paul Schrader) program a group of films (mostly screened in 35mm) that he claims as inspirations for his soon to be released latest film… and to have enough audience to get the maker himself in there to discuss his choices (even if, in this case, with Schrader, I’m sure it was nothing more than strolling over each night from his NYC apartment). Kinda makes me miss living in the Big Apple.

For Schrader, the films in the series are clearly not just films that influenced his latest First Reformed, a return to another welcome riff on his recurring and deeply personal self-described ‘man in a room’ story, with this one following a spiritually struggling isolated male character (with Ethan Hawke essaying the role, this time a pastor, aligning himself fairly perfectly with the austere works of Bergman, Bresson and Dreyer that make up this batch of chosen films) as he plunges down a self-destructive path, but also his entire cinematic output (well, the personal not gun-for-hire projects anyway).

It makes sense that Schrader, as he said in the Q&A after Ordet, having grown up in a deeply repressive Calvinist household in which he wasn’t able to watch films at all, would have been so deeply struck by the religious and spiritually questing films that make up the program (films such as Ordet and the Bressons and Bergmans). It’s almost amusing to hear him say that, in many ways, First Reformed is the film he never really wanted to make – amusing because “Reformed” is in fact another version (and from what I’ve heard a really good one – I can’t wait to see it) on the personal film he’s been making all his life, often brilliantly, whether just as screenwriter (Martin Scorsese’s Taxi Driver) or as writer-director (Affliction and Light Sleeper) over and over.

I have to admit, with its severe and austere approach, deliberate camera moves (drawing attention to themselves for how slow they move across a room, back and forth) and long takes, as the nearly omnipresent cold wind whistles from outside as characters soberly deliver dialogue often more like monologues, looking not towards each other (as, you know, normal humans do) but instead towards some metaphysical space just off-camera, Ordet was just the kind of determinedly serious, somber and anti-commercial film a self-important film student and cinema enthusiast like myself was determined to celebrate.

And while I’ve found time has been more than kind to, say, the razor sharp, existential, angst-ridden and Lutheran suffering cinema brought to us by Swedish filmmaker Ingmar Bergman, as well as the towering and magnificent achievements of the great Andrei Tarkovsky (his films are so dense, dripping with history, art and a profound sense of character’s ‘searching’, I find watching any film by the late Russian master as close to ‘speaking with angels’ as you can get – and I say that from a perspective of not believing in any of that religious nonsense), a work like Dreyer’s Ordet, might remain worthwhile (it is), yet it just doesn’t quite hold up like it used to. 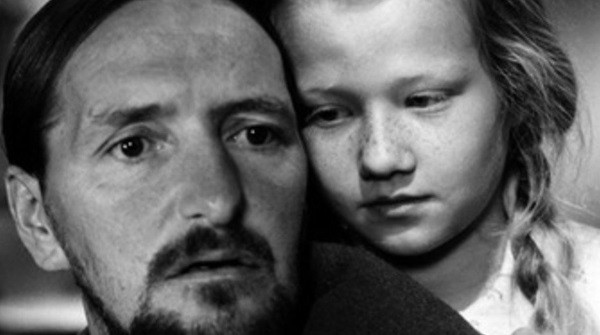 You can find what I believe is a nice sense of underlying ironic humour popping up here and there (at least I think it’s meant to be ironic – the fact that one of the young male characters Johannes had a mental breakdown in seminary school after studying the great existentialist Kierkegaard and now believes he is Jesus Christ, that has to be a bit of a joke, right? I mean, Mel Brooks or the Flying Circus of Monty Python could have had a field day with that premise), there is some nice banter between the warring curmudgeonly patriarchs and while I certainly admire Dreyer’s ambition at immersing one in an experience requiring patience, with a somber look at matters existential, there’s such a stagey movement it almost becomes laughable at times in its ponderousness, especially in how heavily the dialogue is delivered (I don’t know why Bergman became the go-to filmic figure to make fun of in this way – perhaps it was his ability at creating iconic images such as the Knight playing chess with Death on the beach – but I find Dreyer’s work, at least here with Ordet is much more ripe for that ribbing of being somber and angst ridden to the point of indulgent absurdity).

To be fair, I haven’t seen all that much of Dreyer’s work (even if a bunch of Criterion DVDs of his films grace my shelves, they remain unseen – as of yet, anyway). I know Ordet, a later work, was considered by many as a culmination for a masterful religious filmmaker, so it’s possible, in the context of his entire oeuvre, that this simple fable telling of how a saving miracle allows spiritual transcendence (with the patriarchal figures finally recognizing there is something greater and more important than adherence to the rituals and dogma of a particular sect), is a deeply satisfying work.

From an outsider looking in, however, Dreyer’s vision plays out far too didactically. Hell, I’d be on my knees in belief after seeing a man in the middle of a nervous breakdown who calls himself Jesus Christ actually suddenly raising a deceased love one from the dead. Barring that though? The actual struggle is a bit harder directly because of the fact that miracles don’t occur before our eyes. When someone dies in the real world, it’s tough titty. And, in fact, aspiring to transcendence and belief in a world in which those miracles are not present is what faith is really about anyway (Bergman’s The Silence comes to mind immediately, with its title alone speaking to its more mature, less comforting approach). Perhaps this explains why Dreyer’s film feels less organic in its presentation than, say, the equally severe, sparse (and deeper) approach of Bergman. 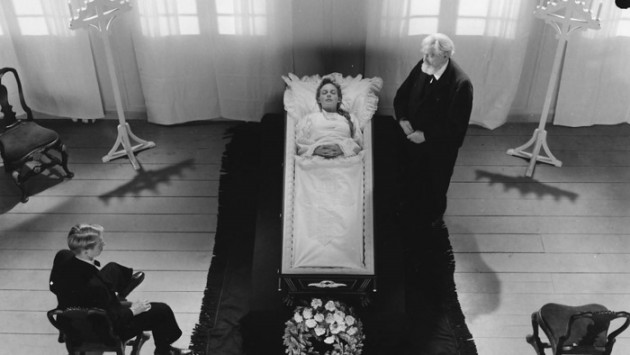 The film’s conclusion does at least hint at something more mature than just the emergence of a unifying piety between the tribes. The tight concluding close-up on the embrace between two main characters – husband and wife – while speaking to love and duty, also manages to illuminate, with the accompanying passionate kissing of the pair, a heightened carnal passion. It’s a film overtly about religious transcendence, yes, but at least it comes with a hint of sex positivity.

I’m not really sure Schrader would agree with my (re-)assessment of Ordet, but it is worth noting, he did mention that, in looking back at his review of the film during its initial North American run many moons ago (it was released in the US a few years after its Danish release), he was surprised how much of it he spent apologizing for loving a film that was ‘this slow’. While, in general, I would normally applaud a film with that particular attitude towards time and storytelling, I kinda understand now what he might have meant in the case of Ordet.