A look back at a watershed New Age moment

Perhaps it shouldn’t serve as a New Age landmark, but nonetheless it does. In the fall of 1973, the film version of Richard Bach’s celebrated New Age novel Jonathan Livingston Seagull opened in North American cinemas. If some thought this might prove a mainstream breakthrough for New Age ideas and the movement as a whole, they were sorely wrong.

The reviews were astonishing for their sheer level of bile. Perhaps most famous was that of Roger Ebert, arguably America’s most famous critic and, as such, a fairly solid reflection of mainstream tastes, who actually left the cinema during the press screening. “I hardly ever walk out of movies,” he wrote in his Chicago Sun-Times review of Nov. 8, 1973, “and in fact I sometimes make a point of sitting through bad ones, just to get ammunition for a juicy review. But this one was too much.” Ebert punctuated his review with this final sentence: “This has got to be the biggest pseudocultural, would-be metaphysical ripoff of the year.”

True, JLS had already suffered its share of terrible advance press, which can’t have helped. So dismayed by the treatment writer-director Hall Bartlett had given the source material, Bach actually threatened legal action to halt release of the picture. Neil Diamond, who had composed and performed the musical soundtrack, also voiced his displeasure.

It is intriguing to look back now, and it is accessible, given that the film was re-released on DVD in 2007 by Paramount Home Video. There are no special extras, really—just the film, which stands as one of those truly unusual Hollywood entries. I would argue its status extends beyond the very bad—it’s listed in Michael Medved and Randy Lowell’s book The Fifty Worst Films of All Time (and how they got that way)—and grants it a cult status all its own. The very fact that a movie about a non-conformist seagull backed by a major studio exists at all earns it reason for re-examination.

As JLS opens, we see far-reaching shots of the ocean, in POV shots from the gull’s perspective. Seeing as this is a musical, we get an overture of some of Diamond’s compositions, setting up one of the film’s strong connection between Diamond’s music (which is supposed to lift us up where we belong) and the theme of flight (also purportedly uplifting). It must be noted that Jack Couffer’s cinematography is nothing short of stunning—indeed, it’s the film’s crowning achievement. Watching it through the prism of 2012 hindsight, it seems a pity it wasn’t captured in 3D.

Then, approximately ten minutes into the film, our hero begins to speak, telling us about his dreary existence as a gull, his need to avoid garbage and his aspirations to fly higher and higher (and higher). Not only is he the little gull that could, but he also appears to have taken his cues from then-percolating American civil rights movement, given that he is a staunch non-conformist. His parents, voiced by Dorothy McGuire and Richard Crenna, simply do not seem to understand their wayward gull son’s ways.

But when Jonathan utters his first words, the film immediately takes on new meaning for me. Here is where it breaks from the gospel of Bach, and enters the realm of the cinematic, precisely because of the actor who gave voice to the dear, misunderstood gull: James Franciscus.

A Yale graduate, Franciscus can perhaps best be described as a B-list actor, but his presence was a strong one, and despite having to take some rather hackneyed roles, he threw himself into them with a vigour that was admirable. It’s the nature of his more famous roles that make his voice all the more noteworthy. But three years before JLS, Franciscus had starred in what is arguably his most famous turn, in Beneath the Planet of the Apes (Ted Post, 1970). Fox had taken a huge risk with Planet of the Apes, but the gamble had paid off; the film had received some very strong reviews and had become a box-office sensation. But star Charlton Heston scoffed at the idea of a sequel, and scoffed even harder when he read the script. The Oscar-winning actor felt beholden to the producers, so granted them no more than three days of shooting time. (He also insisted that he be the one to press the button that destroys the planet at the end of the film, taking solace in the fact that he would be the one to bring the Apes franchise to an end. Heston didn’t understand that it takes more than nuclear Armageddon to keep a good franchise down. The cycle would rise from the ashes but one year later with Escape from the Planet of the Apes.)

Thus the screenplay was reworked, and Franciscus was hired primarily because he bore a strong resemblance to Heston (this allowed the racial-overtoned one-liner “all humans look alike to apes,” to be uttered). Beneath the Planet of the Apes, it should be noted, has been (I feel wrongly) deemed the low point in the five-movie Apes series. Heston disdained the film, and while the apes make-up got cheaper and cheesier than in the original, some of the concepts got pleasingly strange. Turns out there’s a tribe of human mutants—survivors of the nuclear war—who worship the surviving nuclear weapons as holy instruments of peace. Ridiculed by critics for its narrative excesses, I would argue this scenario is oddly prophetic, given the religious right’s support of Reagan’s massive nuclear build-up in the 1980s. When Jerry Falwell was asked of the apparent contradiction, he argued the bombs were in fact instruments of peace. (When I sat down with Guillermo del Toro last summer for an interview, I was pleased to learn he’s also a huge fan of this film.)

But there Franciscus is: a stunning actor in what many thought of as the wrong movie, a sequel that was little more than an ill-conceived cash grab. It’s one helluva career arc: in a few short years Franciscus would go from facing down an army of angry apes desperate to see his downfall to giving voice to a seagull. I can only wonder what conversations with his agent were like during this period.

I may be making too much of Franciscus’s iconography, but to me, it colours the entire experience of JLS. Whether Jonathan is having a fight with his parents, or apparently having a bad acid trip, there’s Franciscus’s sexy, deep voice, reminding us of the actor, who, like the gull, was always just trying to do his best amid the garbage heap both were trying so desperately to avoid. An actor’s life isn’t so far from that of a scavenger bird after all.

And that connection also means that the reception of JLS is entirely wrapped up in a sense of Hollywood studio machinery. And that, in turn, is part of what I believe doomed this film. The entire time we’re supposed to be taking in an earnest message about stand-in metaphors (seagulls) aspiring to be something better, Franciscus’s voice is a constant reminder that this feels little more than an ultra-cynical cash grab, a bid to make money out of Bach’s uber-hokey bestseller. In that respect, it suffers the same malady as many New Age forays into the mainstream, from the Oprah-endorsed The Secret to Julia Roberts starring in Eat Pray Love to the mass marketing of crystal necklaces. The Hollywood mass-marketing machinery is antithetical to the purported materialism-shunning veneer of New Ageism; thus endeavours like this only effectively render the projects little more than punch lines, undermining the very notion that something New Age offers a different, alternate journey through life—or through pop culture, for that matter.

Alas, if there was one group I thought might find something to savour in this film, it would have been Neil Diamond fans. They are the most determined and steadfast of fan bases; Diamond concerts sell out consistently and his best-of compilations remain chart-toppers. But even they haven’t been able to embrace JLS. In his 2008 book He Is… I Say: How I learned to stop worrying and love Neil Diamond (Da Capo Press), author David Wild discusses the singer-songwriter’s involvement in JLS. In a chapter titled “Of being and bird droppings,” Wild begins by suggesting Diamond was the perfect composer for the job, given that “Diamond’s work was increasingly evincing a philosophical, spiritual side with elements of self-help that were quickly becoming part of a movement in the New Age of the seventies.” Wild does offer some praise for Diamond’s work, suggesting that he “managed to do what some might consider the impossible: he got in touch with his inner seagull.”

But even avowed Diamond freaks couldn’t get into the movie. Wild also recoiled at the sound of Franciscus’s “disconnected” voice as the protagonist gull: “When Jonathan Livingston Seagull started talking, the movie suddenly seemed scarier than Hitchcock’s The Birds.”

JLS remains simply a bizarre oddity, a strange, otherworldly failure, fascinating but only because of its inherent freak status. The little gull that could became the movie that couldn’t, wouldn’t—and almost certainly shouldn’t—have been.

Surprisingly, the complete film in good quality is available for viewing on youtube (at least it was as of this writing). 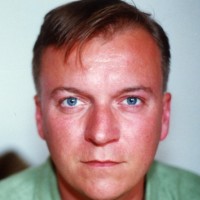 Matthew Hays is a Montreal-based journalist whose work has appeared in The Globe and Mail, The New York Times, The Guardian, Vice, The Daily Beast, Cineaste and Cinema Journal. He is a contributing editor for the national film magazine POV. His book, The View from Here:Conversations with Gay and Lesbian Filmmakers, won a 2008 Lambda Literary Award. He teaches courses in film studies, communication studies and journalism at Concordia University, where he won the 2013 President’s Award for Teaching Excellence. He is the co-editor (with Tom Waugh) of the Queer Film Classics book series.