An interview with Yared Zeleke, the director of the first Ethiopian film at Cannes

This year’s Cannes Film Festival had a striking number of movies focused on the relationship between humans and animals. Grimur Hakonarson’s Ram and Gurvinder Singh’s The Fourth Direction are just two examples of this. Another good movie in this trend is Lamb, directed by Yared Zeleke, a coming of age movie centered on the relationship between a child and his lamb. Although this is the first Ethiopian film to be screened at Cannes, the director shows great promise; his work has already touched the heart of film critics. What follows is the interview I conducted with Zeleke following the screening of Lamb at the festival.

Offscreen: What was the inspiration for your movies?

Yared Zeleke: The source of inspiration was my own childhood in Ethiopia because I grew up in a difficult period in the country’s history as it was experiencing war, dictatorship, and poverty. All of that forced me to leave my country when I was only ten but for me there were also these external problems of the country. However, my childhood was really a fairy tale like the film. It was just full of colour and love and good food and festivity; that’s all I remember. And at the age of ten when I was told that I had to leave everyone I loved, everything I knew, and go to some foreign land I just did not understand why. I was asking myself, why do I have to leave? And so what you have here is a story of a migrant kid, my life.

Offscreen: So the story is somehow autobiographical for you?

YZ: Somehow yes, but not totally. And this is because I grew up in the city and had no pets; I really cannot cook even eggs. So for me it also came from my imagination. I worked on the story for several months to get the story out so it’s a lot of my imagination but of course the theme is my life story.

Offscreen: I think you work with non-professional actors. How did you find them?

YZ: Yes, you’re right. It took about five months with an assistant and we auditioned about 6,500 people, half of whom were children. And there was a process just like the writing. It was so much work because these roles required a lot. We don’t have a strong tradition of cinema in Ethiopia but we do have a long history of traditional theater. So it was a process to find people suitable for film. After five months we spent the sixth month doing a professional workshop through a company that I cofounded with my Ghanaian producer Ama Ampadu. This workshop was conducted by Beru Tessema, an Ethiopian who was trained at the Royal Academy in London, together with his assistant Mamaru Tesfa. So like everything else such as the writing and raising money, the casting was a long, lonely, and difficult process before we could choose our child actors. Luckily, it did not fall through and their parents consented, so we were able to make this film.
Offscreen: I’m very curious about the process of working with the lamb. Was it easy to work with the animal?

YZ: Thank you for asking that because she did more work than the human beings. And I say she because, would you believe that it was one lamb for the whole film? Or maybe you didn’t think about it because you’re just watching the film but I’m very proud of that, especially since she was our first choice. In fact, we always had five other lambs on standby in case she got sick but she always did well because she was just smarter than the others. But how did we do it? In fact, we bought six lambs in northern Ethiopia and brought them down to Addis, which is like a metropolis. We rented an office with a yard where they promptly ate all the roses and plants and destroyed everything but we managed to cope with this better once I chose Rediat Amare to play Ephraim. In fact, he came every day and fed the lambs, spending time with them, and developing an attachment. I had done a little research before about sheep behaviour and I realized that they will die of loneliness since they need to be with others. They also have a natural need for a leader so they became really attached to Rediat, who basically trained all of them to follow him.

Offscreen: I saw in one scene that the lamb seems very resistant to following Ephraim when he wants to take her somewhere. How did you shoot such a thing when you wanted a particular behaviour from the lamb?

YZ: Well, again, really thank you for your question because I have to tell you there are moments in making this film that were just gifts. We worked with the lamb and we got to learn her personality, such as what makes her do something or what makes her want to eat. Just like actors, the animals needed to be understood. The boy figured out that if you gently tug at her she will follow but only if she’s not hungry and if you’re forceful with her then she will resist. This information was really important for our work.

Offscreen: Can you tell me about the location of your shooting? Was it difficult to shoot there?

YZ: It was very hard since it was rural Ethiopia and there is no electricity for the most part so we had to have trucks with generators. We were also shooting at an elevation between 2,500 to 3,000 feet and at one point we shot in the lowlands so the environment lacked modern facilities. At the same time, this provides some benefits. For example, I used the local villagers and some of them did not know what we were doing so I had to say to them, “you know today is the day before the feast of the Holy Cross, so let’s talk about that.”

Offscreen: As you mentioned, Ethiopia does not have a tradition of filmmaking. Given this, I am a bit curious to know how the villagers reacted when you told them that you wanted to shoot a movie. Is there any taboo against film?

YZ: There’s no taboo against film and in the city of course people know. Some areas in which I shot were not very disconnected from modern life. For example, the market scene was filmed in area which is about thirty minutes from the city so they all knew what filmmaking was about. Maybe they were not familiar with the international standard of cinema but they understood the concept. However, for rural Ethiopia this is not a part of their reality.

Offscreen: There is lots of discussions about food in the movie. Can you explain why food is so important in your film?

YZ: I wanted to capture the richness and complexity of Ethiopia through food because there are major fasting and feasting activities in the country as well as a lot of agriculture. The land is rich and eighty-five percent of the population are farmers but they are very vulnerable to the changing weather patterns, which are getting worse. That affects their food intake so it’s not that people are hungry or starving or anything that extreme but it’s that there are some issues with malnutrition because farmers are struggling and the population is growing and we have yet to mechanize farming. Considering all of that, food is still very significant in the psyche of the people and their physical lives.

Offscreen: In this work you collaborated with a multinational team. How was the process of working with people from other countries? Was it easy? Did it happen because there were not enough specialists in Ethiopia?

YZ: The majority of the crew – I would say eighty-five to ninety percent – were Ethiopian, including some Ethiopian film professionals who were very instrumental. However, there are not enough, especially at an international cinema level, so for some of these we had to bring in crew members from abroad. There were two Germans, two Kenyans, and several French people and I can say that there was good collaboration between the different ethnicities. For example, we had a French production designer who worked with an Ethiopian set dresser as well as French and Ethiopian costume designers, so sometimes it was a shared task and it worked beautifully. I think that everyone really cared about this project and the country. In turn, although most of the villagers did not fully understand what we were doing, we respected them and so they respected us. It was like true cooperation and I think that helped to make this film what it is. 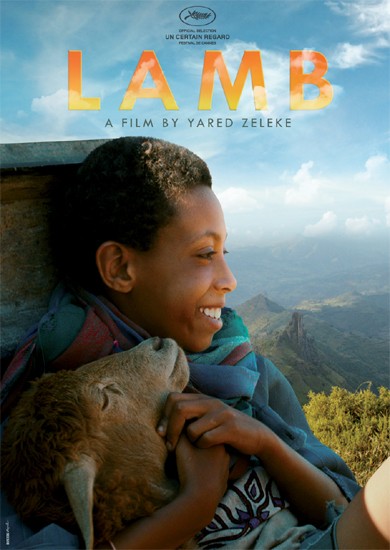 Offscreen: Given the fact that this film was your first big project, how did you convince people from abroad to be part of your team?

YZ: I got the funding because of the script that I wrote. What happened was that I met my producer Ama Ampadu about five years ago and she wrote a short version of the script and she told me that I had to turn it into a feature so I committed to writing for three or four months. After that, we met our producer Laurent Lavole from Gloria Films in Paris here in Cannes, which was about three years ago. They showed a deep interest in the project so we submitted it and won a couple of prizes, which is how we got here. I think they supported the project because it is not just an African or Ethiopian story but rather a universal coming-of-age story.

YZ: I really think it will because honestly I made the film with both an Ethiopian and a worldwide audience in mind. It has something that Ethiopians would really love to watch because it is about their childhood, their country, and their struggle both as Ethiopians and as human beings. I really cannot wait for their reaction when I go back and show this.

Offscreen: My last question is about your future projects. Are you working on anything new?

YZ: Yes, I am. There are two projects that I’m developing, with one being in Ethiopia and the other in the Western world. The latter could be set in New York where I studied film or maybe Paris where I just did our editing. The projects are different from each other and they are also both very different from this one. All I know for sure is that I will explore something totally different. 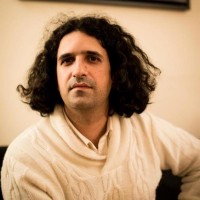 Fascinated by the issue of alternative and utopian space in cinema and architecture, Amir Ganjavie has published widely about cinema, architecture and cultural studies. He has recently co-edited a special volume on alternative Iranian cinema for Film International and edited Humanism of the Other, an essay collection on the Dardenne brothers (in Persian). His most recent contribution is an article on the meaning of space and utopia in cinema by analysing the films of Tsai Ming-Liang.