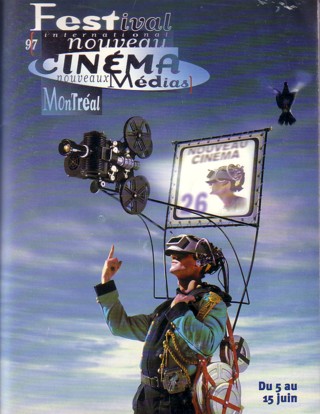 “In Cheikn Hamidou Kane’s AMBIGUOUS ADVENTURES, the confrontation of a Frenchman (Paul Lacriox) and an African man of tradition (‘the knight’, or Samba Diallo’s father) in the country of the Diallobe provides the reader with one of the novel’s most remarkable scenes. Set at a time of day when, ‘on the horizon, it seemed as if the earth were poised on the edge of an abyss above which the sun was dangerously suspended’, the scene invites reflection on man’s relationship with nature, as well as on the gap displayed between east and west, tradition and modernity, past and future “ (Trinh T. Minh-ha)

In a tradition of landscapes photography that draws on the light of dusk and dawn –a defused ephemeral lucidity of nostalgia– DIAMOND SEA and CLOSE TO SILENCE alter reality according to shifts between the bright and dull with the passing of time. DIAMOND SEA encodes the harsh light of the Namibia desert: sand dunes, strong oceans, clear skies, while CLOSE TO SILENCE spans across lush meadows, lakes and birds. The two videos from different origins together capturing a nuance of beauty which through muted hues develop the colors of nature’s landscapes………..

(general information: in Japanese theory of color genetics, gray is said to be the human sphere of the chromatic world, the boundary zone of “middleness”.)

…As colors mutate through the hues of nature towards a human sphere, images of abandonment come into sight. In the South, mining factories and colonial mansions remain as architectural witnesses to the memory of past inhabitants, while in the North the camera rests upon the skeleton of an a abandoned house; its solitary rooms. In the tradition of western twilight tales the architectural space of the abandoned house is the set for the encounter with the supernatural, it is the site of the residue of genetic evolutionary memory, the intimate shelter of private life.

DIAMOND SEA and CLOSE TO SILENCE engage a cool tension between tradition/modernity, nature/culture, nostalgia and vision. An Arcadian depiction of beauty only disrupted by the sound of voices of memory and ambient spaces a beauty which is only challenged if one knows the history of its past……….

(general information: “DIAMOND SEA with investigations into light in it’s most elemental state. The Namibia dessert consists of the world’s oldest and purest sand, when used in optical production it allows us to film through the most precise lens, while the desert light burns into the films emulation.” Doug Aitkin)

………through the mechanics of video, politics of exploitation and experience of loss, beauty fade into an ambiguous category: a conflict between who is watching who and who is recording time, and how does existence define itself. Is nature the witness of Time and of mans history, or our ruins of habitation a witness to nature, monuments to the memory of existence. Significantly the paradox of nurturing a nostalgia for nature mediated by the machine made to dominate it, places DIAMOND SEA-??CLOSE TO SILENCE?? in the boudoirs zone of the twilight hours.

“Twilight: the hours of melancholia, loss and nostalgia; but also preparation for a renewal, when the sun sets in the West, the moon rises in the east, and the ending passes into the beginning.” (Trinh. T. Minh-ha.)

(excerpt) Somewhere, poised on the ledge of a tall building, a row of plaster figurines are standing, looking down on a city waiting to see if anyone is looking up. A `mock’ performance for an audience who will not see it, an image from THE ALMOST FALLING WOMAN

In a performance that highlights gestures of social intervention, THE ALMOST FALLING WOMAN brings together images of unsuccessful job interviews, with quiet corners of artist expression, collaging together an image of solitary rebellion as well as humiliation within a ‘psychogeography’ of institutional containment.

As a backdrop to her performance, Cathy Sisler appropriates the architecture of office buildings, university auditoriums, metro stations, abandoned churches and apartment buildings. In all their varying shades of industrial grey and faded white, urban architecture is transformed into a psychological mirror or inducer of social apathy, institutional rigidity and communal alienation.

Interlaced with the video footage of banal architectural imagery, are self-portraits (paintings) of the “almost falling woman.” In the context of the video, these self-portraits act as an expression for the bottled up emotions of a bureaucratic system and the annihilation of self-constructed individuality. As extensions of private portraits, Sisler’s paintings come to life as she enters into the urban landscape as both a performer and releaser of internal conflicts; the `almost-falling-woman’ passes through a series of embarrassing public accidents, as failed job interviews accumulate.

In a dual performance that plays between the solo actress in a stage of urban architecture, together with the integration of subversive paintings and urban installation-interventions, THE ALMOST FALLING WOMAN precariously balances the gravitational forces of internal identity and external reality. Cathy Sisler’s contained performance and her gesture of poised defiance, reveals an artist using her body as a medium to bend the canvas of social norms through awkward gestures that alter the complacent consistency of urban identity.

A body in motion with “almost ‘organic’ movement.”

RELEASE is a video constructed through the deconstruction of film-clippage digitally divided into thousands of fragments and re-edited at accelerated speed. Sound is created through assembling a residue of electronic noise left-behind during the editing of images. Sight and sound are synthesized into a sonic /surreal environment, where the real/imaginary-micro/macro-whole/fragment fuse together, taking one on a ten minute journey into a state of “fear and fascination with the unknown, emotions which take us back to primeval times as well as propelling us into the future.”

Visually enticing and technically adventurous RELEASE is taken from a selected segment of KING KONG transforming it into a new video short. The new version is based on a woman who spends the entire video in a state of terror, her hands tied outside of the visual frame, her body vibrating with new synthesized movement. The “almost ‘organic’ movement” of image-animation, interweaving with the absence of image of the hyper-pixilated video screen, questions notions of interpretation and representation of electronic/organic-organic/electronic relations.

bq. A LETTER TO A NUMBER

Collage images of red telephone booths and narrated documents about telephones. A beautifully ambiguous soundtrack (often variations on telephone noises) is the canvas for landscapes whose motifs are red telephone booths. The pages displayed contain stories with no beginning or end, only reoccurrences. These documents read more like maps or paintings than text.

bq. “HE BELIEVED HE HAD DEVELOPED TELEPHONING INTO A FINE ART”

The visual form of some documents in DEAR PHONE echo André Breton and Frankenthaler as the surreal text is born from watercolor, like washes. The presentation of the pages become at once a source of contrast and accompaniment to Greenaway’s voice- over narration. Limited to seeing one text, the eye tries to read along with the narration. This can be challenging, for the text is often scattered or illegible. In this way the text almost becomes an interactive tool. The viewing mind tries to create a coherence between the text and image. Empty telephone booths are contained in a catalogue of continuously pleasing compositions.

The corrosion of Zelma’s ear is discussed in terms of a dream. A health inspector loses part of his face during a telephone call. The chrestomathy of stories in DEAR PHONE range from a man who eats, sleeps, has sex, and eventually dies while on the phone, to a health inspector who severely burns his face during a telephone conversation with his wife.

DEAR PHONE is seventeen complex minutes of categorization in storytelling. A cornerstone to Greenaway’s later works and perhaps his most engaging short.

The prototype of the image is replaced by a later reflection and mixture of relationships between its present construct and its original context.

With MAJOR MOTION PICTURE Steve Reinke contorts vignettes of graphic pornography, documentary footage, a bowling tournament, home movies, etc. into a self-analytical visual diary. In adding scrolling text and/or voice-over narration, Reinke creates interpretive fragments containing disjointed associations. The revealing moments are repulsively attractive and consuming. There are hilarious situations of dissonance amongst touching recollections of childhood memories and dossiers on self identification. Reinke recontextualizes pornographic material to explore sexuality as a primal urge and allows the audience to piece things together.

The repeated study of the human psyche allows Reinke to explore his outwardly gay libido amongst seemingly disassociated texts and images. Yielding harmonious discourse, every piece works within itself and as a collective. LONELY BOY includes extracts from the classic documentary on Paul Anka along with pornography footage to elaborate the theme of isolation. LOVE LETTER TO DOUG uses only TSN bowling footage and a voice-over reading of a letter to create a comically disturbing effect. This collection is engaging, entertaining, and at points shocking. Everything is done with a certain level of earnestness, as Reinke’s cynicism cuts through every scene. At times this cynicism creates tension and frustration. Each catharsis leads us to a different understanding of the material. Reinke changes the context of stock footage in order to reinforce the dualities of meaning that are pre-eminently at work in his films. This level of association for the viewer becomes an interactive event as we try to relate the new elements to the stock images and sounds. This relationship is strengthened by Reinke’s collage of psychological commentary over what we see and hear. This technique is never overpowering and perhaps reveals Reinke’s ability to make the banal interesting, the hidden revealed.

Sarah Rooney, born in South Africa, studied at the Chelsea College of Art and Design in London England before obtaining a Bachelor of Fine Arts from Concordia University in Montreal (1997) and a Master of Fine Arts from York University in Toronto (2001). Her work, which includes painting, installation, video and audio, has been exhibited in Toronto and Montreal. Most recently she exhibited at the Fisch Haus in Wichita, USA (2006), and she has an upcoming show at Usine C in Montreal (2007). Sarah Rooney’s paintings are held in private collections in Canada, the United States and England. She currently lives and works in Montreal. Reproductions of her art can be viewed at her website, Beach Flames & Fine Lines.

Daniel Lynds wrote for Hors Champ and Offscreen for a while and loved the people he met and the things he saw. Inspired by this, he is now living in Prague where he gets to see a lot of interesting cinema. He is enjoying living in different countries and, inspired by cinema, he now plays in a rock band, Glass Pocket, makes collages, tries to make films and videos, watches Svankmajer in a downpour on a sinking island, and tries to make a living educating and learning from others in various ways.