Why do pop songs work so well in film? 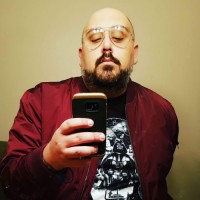 Born and raised in Montreal, Anthony Guadagnano demonstrated an early interest in visual arts and art history but eventually decided to focus his studies towards cinema. Completing a screenwriting certificate from Université du Québec à Montréal and further along, a Masters Degree in Film Studies from Concordia University, he is mainly interested with Quebec and Canadian film, Queer cinema and pop culture. He is currently pursuing a career in writing both for the screen and for the page.