Fantasia 2020 Preview: The Festival is Coming From Inside the House

A strange year begets a strange festival. For many, one of the main selling points of a festival like Fantasia is its boisterous crowd, applauding at beheadings, howling with laughter at awkward line-readings and peppering the long pre-film assault of ads and sponsors with inside jokes. Pandemic oblige, this year’s festival will have to relocate to your living room, shift to late August and drastically reduce the number of films it will unleash. And while we won’t know if the choice to present a number of its films on a fixed schedule on Festivalscope will be able to recreate the strange alchemy of the fest, we at least know that Fantasia and its capable crew of programmers have curated for us the best in the weird, the gory and the scary. Offscreen is here to try and make sense of this list of films, pick out the hidden gems and hopefully make your life easier. 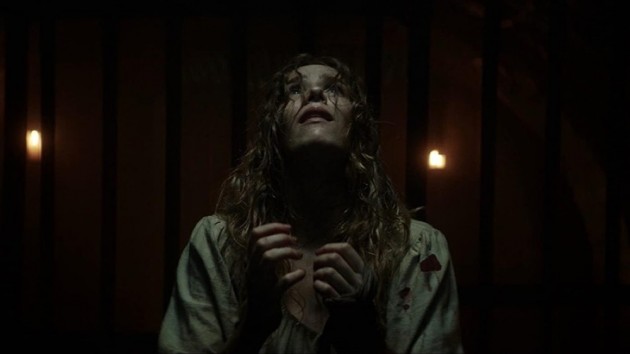 Fantasia begins strong with two hotly anticipated titles; Neil Marshall’s The Reckoning and Shinichiro Ueda’s Special Actors. The Reckoning, from Marshall, the master of intense, chiaroscuro action both on the big and small screen, will hit close to home in its story of a plague ridden England where violence and superstition reign supreme where a single mother accused of witchcraft will live to see revenge. On the opposite end of the spectrum comes a meta-comedy from Shinichiro Ueda, he of the surprise and delightful hit One Cut of the Dead, following a group of actors who infiltrate a cult. Expect meta-fun, impossible situations and if his last film is any indication an ultimately thoughtful meditation on the creative process. 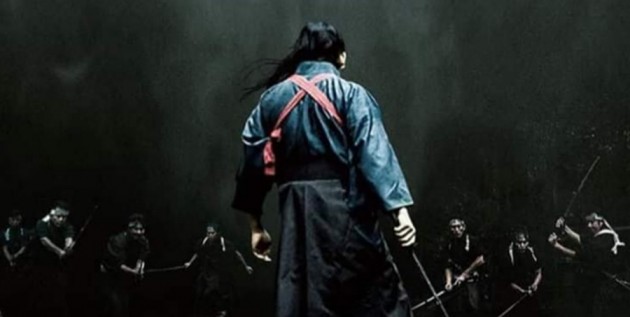 Action-heads will be rewarded this year with a new film from straight-to-video auteur John Hyams, who brings his no-nonsense action chops to the thriller genre with Alone, the tale of a woman stalked by a menacing man in the woods of Oregon. Also looking promising is one-take actioner Crazy Samurai Musashi, which distinguishes itself from other Miyamoto Musashi adaptations with a 77 minute long-take of one vs 400 samurai action goodness And the kicker, it’s scripted by fest-favourite Sion Sono. Other festival darling and action master Johnnie To is back from what was no doubt the longest pause in his illustrious and prolific career with the MMA drama Chasing Dream. Fears of a paycheck hack job over the film starring his long-time producer’s son will quickly be dispelled by To’s balletic handling of bodies and space. Did I mention it’s also a musical. Fans of Hong Kong cinema will also not want to miss A Witness Out of the Blue starring Louis Koo as a heist mastermind out to clear his name. All we know and love from Hong Kong thrillers are here with dirty cops, tense car chases and frenetic gunplay punctuating a twisty tale full of double agents and criminals. Enjoy it while you still can. People will also want to keep their eye on Rom, winner of the New Current prize at Busan and which promises tense street action, crazy camerawork and social relevance in its story of a 14-year old bookie running for his life in the seedy streets of Vietnam. 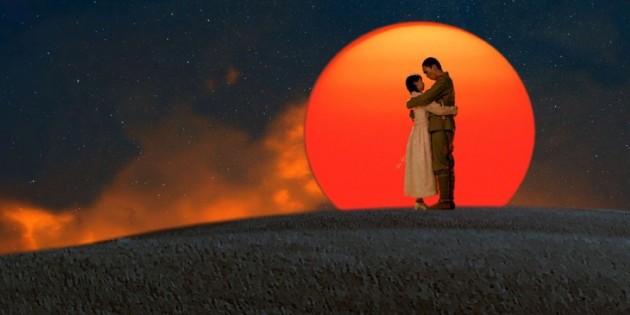 A word for the Camera Lucida section which year after year continues to bring us the most interesting out of left-field takes on genre cinema and more often than not the highlights of the festival. This year seems no exception given that it will present filmmaking legend Nobuhiko Obayashi’s last film Labyrinth of Cinema, a loving and demented homage to cinema, from one of film’s most purely creative geniuses. If you had the chance to be rocked by Hanagatami‘s wild whirlwind of visuals and emotions two years ago, you might have an inkling of the wild ride you’re in for. This is one of the must-watch of the festival.

Also of note in this section is Sanzaru, a first film that looks to bring the oppressive aesthetic of recent elevated horror to the world of migrant workers with this southern gothic tale of a Filipina nurse and the strange family she works for. Bringing a modern twist to the sub-genre of Japanese brothel films is Kana Yamada’s frank and unapologetic Life: Untitled following the life of a group of prostitutes in modern-day Japan. As with the classics of the genre (Kenji Mizoguchi’s Street of Shame), Yamada uses her setting to comment on women’s condition but also on the precarity of work in today’s Japan. The theme of late-capitalism’s silent oppressive presence is made manifest in Noah Hutton’s Lapsis, a smart sci-fi take on the absurdity of our modern system that shines through its worldbuilding. If you need to decompress after all this, My Punch-Drunk Boxer, an offbeat boxing romantic comedy from South Korea is there to remind everyone that the peninsula is still the place for genre bending good times. Also from South Korea, Bring Me Home will no doubt do the same for Korean revenge cinema, a genre that continues to live its best life in the land of the morning calm. 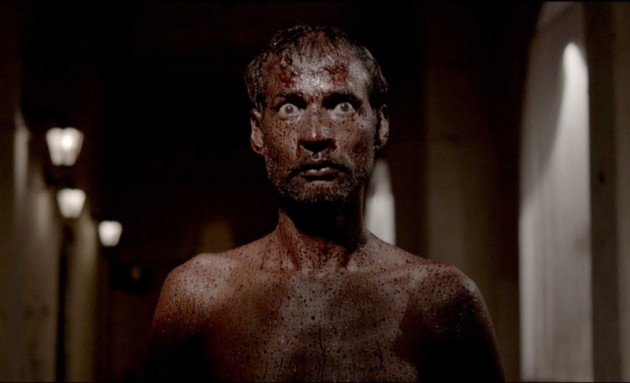 On the horror side of things, Kriya, from India, looks to smartly blend the modern and the ancestral with its story of a DJ getting enmeshed in ancient funeral rites. This one is also o-produced by Pete Tombs, who wrote one of the first book explorations of World Horror, Mondo Macabro, and spawned a vital video label of the same name which has produced some of the wildest horror and exploitation cinema from the outer reaches of the world (Asia, Turkey, Mexico, the Philippines, Indonesia, etc.) for home video. The trailer promises shocking visuals and a tense atmosphere. Closer to home, The Dark and The Wicked comes to us from Bryan Bertino, screenwriter of the modern classic The Strangers. This time he brings us a slice of rural horror still solidly anchored in an old house full of hurt and secrets. Even closer still is a first feature from Montréal-based Amelia Moses, who shined with a short in Born of Woman program, and is back at the fest with Bleed With Me, a dark and haunting tale of a woman slowly losing touch with reality at a chalet.

Not everything is doom and gloom however. A few films work double duty to put the fantasy in Fantasia like A Mermaid in Paris, a romantic comedy with a definite touch of Jeunet or Jumbo about a young woman who falls in love with an amusement ride. What’s a fest without whimsy? And humour. Those looking for a few laughs would do well to tune in for Dinner in America, a dark comedy with a punk 90s spirit and a romantic beating heart under all its layers of gore. 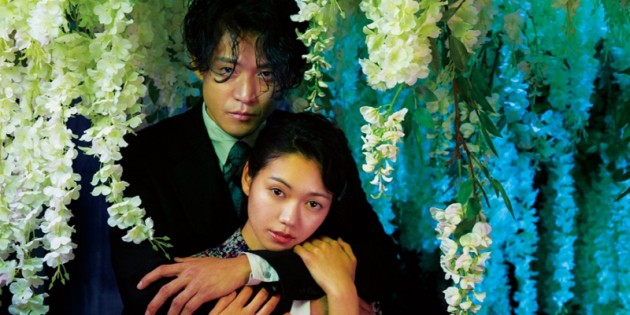 And as always Fantasia finds films that seem to exceed its mandate, sometimes dabbling in more straight-forward dramas or presenting novel takes on genres we wouldn’t expect at the fest. No Longer Human, an adaptation of Osamu Dazai’s autobiographical novel from visual stylist Mika Ninagawa applies her trademark twisted beauty to Dazai’s world of love and death. Savage State, a French western about a French family trying to return to their homeland during the Civil War, looks stately and menacing, a camembert Western for a new age. And one of the more intriguing offerings of the fest is the Osamu Tezuka adaptation Barbara lensed by none other than Christopher Doyle and brought to the screen by the God of manga’s own son, Macoto Tezuka. The original was one of the stranger works of Tezuka’s career, exploring creativity and the idea of the muse in an uniquely erotic tone, let’s hope this adaptation honours the original’s strange lunacy while forging its own unique path.

Finally a word about two new sections spotlighting the history of cinema, Fantasia Rétro which brings us restored and forgotten classics of genre (in this section you can’t go wrong with the films of José Mojica Marins, Brazil’s grand priest of gore, and Alex de Iglesia’s The Day of the Beast, a rip roaring horror-comedy from Spain’s foremost auteur of the frenetic) and Fantasia Classics, the space to revisit films that left a mark on the Festival’s history. Among those Johnnie To’s classic A Hero Never Dies is worth revisiting, as are the wonderfully bizarre Japanese comedies Fly me To Saitama, HK 1 and 2 and Milocroze – A Love Story. Discover old classics or revisit beloved favourites, this year seems as good as any to lean into the comforting.

So Fantasia is going to be different this year. It won’t have the long lines in the blazing July sun. It won’t have the cat sounds and that one guy who does the Chewy growl. It won’t have Daniel and late nights at Mckibbins. But it will have the movies and no doubt some way to discuss them online. And maybe it will still have that Nongshim commercial, and that’s what really matters