We have plenty of books on directors, genres and regional cinemas, but there is a dearth of studies on the politics of cinema. A film does not exist on some rarefied level above the sordid intrigues of society. A fundamental issue is whether government considers film to be an art as in France or an industry as in America, with the former likely to attract more state support and interest. The UK government, like Quebec, tries to have it both ways. The difficulty of this position becomes apparent in Quebec’s attempt to provide a legal framework for film: should the task be seen as a regulatory problem to resolve or an industrial challenge to engage (pp. 39-40)?

A film is made when enough money can be raised and that often depends on government policy. Administrations of all persuasions find reasons to stimulate film production, though their aims vary from attracting foreign investment to supporting an indigenous industry and enhancing national prestige. The mechanisms at their disposal include quotas, tax breaks, completion guarantees and grants. Governments can show their disapproval of films by banning them, censoring them or withdrawing financial inducements. At times of austerity the film industry is unlikely to be a priority and is at risk of being left to sink or swim. Funding in this situation has to be assembled from a variety of sources, the involvement of Qatar being notable in recent art-house productions. 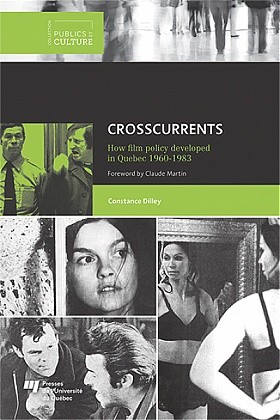 Constance Dilley boldly goes where no researcher has gone before to produce an analysis of the Quebec administration’s relationship with film over a period of twenty-three years. This might seem an esoteric topic, but there are enough similarities for the work to provide a template for studies of government involvement elsewhere. Each area has its unique features and that of Quebec is its French separatist movement. This means that promoting French culture sometimes overshadow policy towards film, notably so when the hospital in Sherbrooke removed English directions to the emergency department, despite the area’s large English-speaking population (p. 227). There are recurring tensions that anybody who has ventured into the history of the film industry will recognise. Parallels can be drawn with Britain, which has had its own battles with Hollywood with its overwhelming market dominance. A voluntary quota was intended to allow the Quebec industry to grow (p. 191), but the British experience is that a quota encourages quantity rather than quality. A Capital Cost Allowance proved more useful in stimulating film production in Quebec, but neither initiative brought in audiences (p. 191). The situation was exacerbated by the issue of language, with some films being produced in English and others in French. The desire for an indigenous French language industry was laudable, but the limited market made its viability questionable (p. 201). Welsh language films have encountered the same problem in the UK. The familiar tension between art and commerce showed in Quebec as a conflict between producers and directors (p. 201). Such internecine conflict could do little for the industry as a whole. There was also a tense relationship with television companies. Films could be sold to television, but the new medium competed for funding and audiences (pp. 63 and 219). That was an issue in all Western countries. By the 1980s the possibility of co-productions was being broached (p. 208).

The role of religion is interesting. In the 1950s the Catholic church set up ciné-clubs, creating an interest in cinema among individuals who were later to take prominent roles in the industry (p. 10). Such influence had its downside if it promoted a particular notion of cinema: censorship loomed large, holding back the industry in the changing cultural climate of the 1960s (pp. 17-18, 72 and 107). The Catholic Church wielded considerable if decreasing power over the American film industry, but had little influence in Britain.

The year 1960 is chosen as Dilley’s starting point because that was when a group of predominantly French-Canadian filmmakers looked towards establishing a private sector film industry, the paradox being that it required government support if it was to flourish (p. 3). It is no coincidence that this was also the year when a Liberal government came to power (pp. 2-8). As with any national cinemas, a reliance on state support left the industry vulnerable to the vagaries of policy. The election of the Parti Québécois in 1976 proved a further stimulus with the development of a broad notion of culture, 1983 marking the introduction of the revised law that defines the Quebec film industry as it exists to this day (pp. 4 and 187-97). There were a few cultural cul-de-sacs along the way such as the notion of extending 16-mm distribution and bypassing commercial distribution (p. 192). Where would that have led?

Dilley has produced an intriguing study, though inevitably I have a few quibbles. After several years becoming immersed in a subject and accumulating snippets of information for a thesis, there is an understandable reluctance when publishing the material in book form to let the darlings go. I should have preferred more coverage of the pre-1960 situation. Though Dilley points out that this has been examined in detail elsewhere, a newcomer to the subject might appreciate more context. A brief update of what has happened since 1983 would also be welcome. Were the hopes realised? How has the industry survived further changes of government and the vicissitudes of austerity? The films are listed in an appendix, but more details would be welcome, given that many of them are little known outside of Canada and most titles are forgotten after a generation. I should also have liked more economic detail. What was the financial state of the industry and how much financial help did the government provide? This might be a topic for somebody else to explore. Dilley was administrator of the magazine Cinema Quebec and of the Association des producteurs de films du Québec before editing Cinema Canada for over a decade. Perhaps she can be persuaded to write of her experiences, which would provide a different perspective on the period.

Philip Gillett is an independent writer on film and author of The British Working Class in Postwar Film (MUP, 2003), Movie Greats: A Critical Study of Classic Cinema (Berg, 2008), a re-examination of the film canon, Film and Morality (CSP, 2012) and Forgotten British Film: Value and the Ephemeral in Postwar Cinema (CSP, 2017), and Film and the Historian: The British Experience (CSP, 2019).