The Case of Jesús Franco

Leave it to Italy (which produces more film books than perhaps any country) and the Italians to devote such a rigorously researched, scholarly book on one of the most notorious, eclectic and free-minded of Euro-Horror giants, Jesús (or Jess) Franco. While Franco is largely overlooked by film academics, the blurb on the back of this recent study refers to Franco as “one of the most original figures in the cinematic al landscape of the last fifty years.” With the recent death of Jean Rollin, there are very few living legends from that time and period of cinema to represent euro-horror. Perhaps it is fitting for a director with a filmography as diverse and eclectic as his, that this 248 page book, written largely in Italian, with two pieces in Spanish, and a foreword in English by Robert Monell, who runs an excellent blog dedicated to Franco, “I’m in a Jess Franco State of Mind,” is so varied and eclectic itself. The book is a collection of papers presented at a one day conference on Jesus Franco at the University of Venice on December 2, 2009, with the addition of two essays from writers not present at the conference, Offscreen regular Roberto Curti and Alessio Di Rocco. The unusual make-up of the book is largely a strength, as it covers Franco’s career from many different angles. There is a filmography, which on its own is laborious, given his high film count (180 and counting from most accounts). There is an interesting listing from the Official Italian Censor board of every Franco film that played theatrically in Italy, with running time and actual rating. There is an interview (in Spanish) with actor José Antonio Mayans Hervás, who acted in several Franco films and then became his right hand man and go to guy, and his daughter Flavia Hervás, who acted in four Franco films. One of the most intriguing sections is part of an ongoing research project by Teo Mora on Lower European Productions (“Franco Galaxy: Investigation into Producers of Films from Lower Europe,” p. 119-133). Mora uses Franco’s at times convoluted multi-national filmmaking practice –Franco made not only horror, comedy, science-fiction, thrillers, etc. but hard and soft core sex films– as a testing ground for this project. 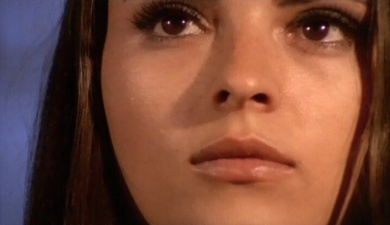 Whereas most directors have to resort to perhaps a handful of different companies, funding bodies, or individuals to secure financing for their films, Franco no doubt has an unofficial record for the number of different countries he has secured funding in (France, Spain, Italy, United States, Portugal, Germany, Bavaria, and England). Franco searched for and found funding from many countries and in the most unusual of sources, and Mora charts this out admirably, going as far as including a biographical Dictionary of ‘Franco’ Producers, which includes a filmography (the dictionary alone runs twelve pages!) and is an invaluable resource for Franco fans. The majority of Franco’s films fall into the low budget category, yet his films often looked more expensive that the budget would suggest, something that was largely a result of the producers he did seek out giving Franco a certain amount of creative liberty. This section is a fascinating way to approach Franco’s work and reveals his idiosyncratic career in an objective fashion.

As Cesari explains in the introduction, Franco’s films have had a troubled history in Italy, theatrically and on home video, for reasons of censorship (Italy’s Catholic heritage, like Spain’s, has had many problems with Franco’s liberal approach to sex, drugs, desire, violence, etc.), dubbing (films in Italy are dubbed and most Franco’s films did not have dubbed tracks or they were of inferior quality), and other market issues. Hence, comparatively, North American fans of Franco have a much better chance to see Franco’s films in their proper form (especially with the blossoming of DVD/BD and specialty labels Anchor Bay, Blue Underground, etc.). Roberto Curti deals with both the torturous history of Franco’s films in Italy and their critical reception with his usual well-researched and intelligent manner in the essay, “The Diabolical Doctor Satan versus the Topless Women: Jess Franco and the Beautiful Country”. Curti notes that the first critic in Italy to take Franco seriously was Teo Mora –who contributes the noted excellent piece to this book– in 1978. Curti charts the distribution history of Franco in Italy, with the myriad of title changes, versions, etc., but also outlines the critical legacy both in Italy and abroad that continues to grow with each new generation. Although the availability of legitimate versions of Franco films in Italy is poor, Curti notes that with the growth of the internet, where many blogs, forums, file sharing networks, and websites are dedicated to his work, “Franco is no longer just a subject to study and catalogue, he is a virus” (p. 30) [author’s translation] 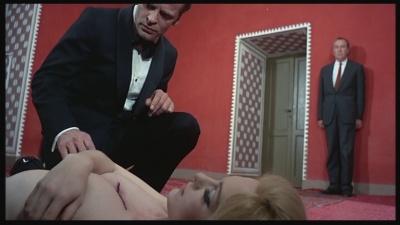 Kinski from Revenge of the House of Usher

Francesco Cesari, along with one of its contributors Roberto Curti, set the path for this book with a special edition of the Italian horror journal Nocturno #60, on Jess Franco, “Succubus: Guida al cinema di Jess Franco” in July 2007. Cesari’s contribution is the most academic of the book, discussing Franco’s status as a trickster figure. The Trickster is a figure, either god or human, sometimes with the power to shape shift, who defies convention, rule, and social decorum to amuse, make fun, entertain, or for malicious reason. A good example from a film is the Teddy Savalas character in Mario Bava’s Lisa and the Devil. Cesari notes that there is no perfect Italian equivalent for the trickster, and concludes by defining it as “a contradiction elevated to a system: in violating every social law, he can ‘touch the foundations of perversion and excesses of creativity’. Authentic luminal spirit, he is, in the final analysis, the personification of disorder and his own fertility.” [1] Cesari extends Franco’s status as a trickster into many areas. For example, his habit of secretly filming a scene destined for another film other than the one currently in production, keeping only a few close collaborators in the know. This has led to situations where an actor will find themselves in a film for which they were not under contract, since the scene or scenes in question were shot during the making of another film (as one example Cesari gives the actress Shirley Eaton who appears in a scene from The Blood of Fu Manchu, 1969, which was in fact filmed for Sumuru/aka The Girl From Rio, 1969). Cesari goes on to relate Franco to several different trickster figures (the African American Signifying Monkey) and trickster qualities: ‘syncopated cinema’ (which resolves around Franco’s habit of making and remaking the same film, such as the Dr. Orlof story, often with the same Franco signature actor, like Howard Vernon, himself a trickster figure); ‘magic and desecration’ (his ambivalent attitude to his own films, the creation of his own mythology, his at times indiscernible signifying system, his ‘arcane and fairy-tale lyricism’ which fuses nudity with metaphysics, etc.); ‘transgressions’ (the manner in which his films are difficult to pigeon-hole into a single genre); ‘el hombre loco’ ( the frequent appearance of low-life, homeless characters, the blind, the dumb, who end up “having the key to it all” (p. 104)); and ‘Carlos or Sultano’, named after the vagabond character and his dog from the Franco film The Revenge of Dr. Mabuse (1971). 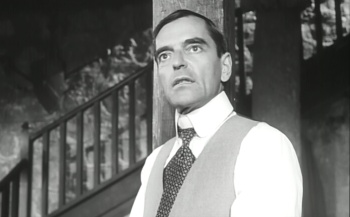 This last section begins by noting that the censorship under General Franco which prohibited Jesus Franco from making a film with a political edge led Franco to make his first horror film, The Awful Dr. Orlof, 1962). This fact in turn casts a certain progressive element to horror and the fantastic, in the sense of these being works in the spirit of a vanguard art. For reasons of either censorship, economics, time restraints, or indifference, Franco may not have always made the film that he wanted to make. Something reflected in Franco scholar Alain Petit’s breakdown (cited by Cesari) of Franco’s filmography into the “three faces of Franco”: “The films made on command,” “The quickies” and “The films of the heart.” Yet, for the knowing Franco viewer, an element of Franco the trickster can be traced across all three ‘faces.’ As Tim Lucas claimed in his seminal essay on Franco, “You can’t see one Franco film until you’ve seen them all.” In an interview cited by Cesari, Franco coyly claimed: “He [referring to himself in the third person] may be a bad auteur, but he is still an auteur. The admission is nothing but the defiant gesture of a trickster.