Back to the Future with the Age of 3D

Thanks to James Cameron, we are back to the age of knives and forks flying out of the screen into our collective laps. Avatar has opened the proverbial floodgates to this new state of affairs with its box-office takings ranging from $760 million in domestic sales and more than $2 billion in worldwide sales. 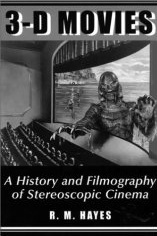 I presume many meetings –similar to the one that opens Robert Altman’s The Player– between greedy Producers are now taking place, the air filled with variations on: “How in the world can we fill our pockets with cold hard cash before there is no more cash left in this world? Quick before we run out of time.”

This type of contemptuous attitude does not seem to be too far away from the one exhibited in a scene form Francis Coppola’s The Godfather where the heads of the five families are having a meeting in which one of them suggests that “We keep sales (in this case narcotics) in the poorer neighborhoods; they’re animals anyways so let them lose their souls.”

Has the Hollywood film factory (what else should I call it?) lost all hope in the “quality” of their product and “artists”? It would appear that way, judging from the amount of new 3-D titles coming to the movie screens these days. So far, according to Paul Young’s ‘screen rant’, whose figures are taken from this MPAA press release:

I’m not referring to the challenge of wearing 3-D goggles that will likely leave you with a brain aneurysm, as you watch silly blue people playing Tarzan on a “foreign” planet, but rather the challenge of thought provoking cinema that makes one reflect on the human (not blue) condition. 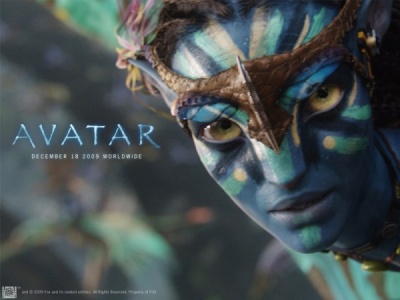 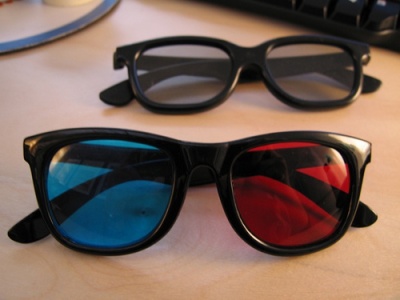 This new 3-D fever however is more than just the new “Exploitation” fad that gripped the studios in the 1950’s to get audiences off their couch and into the cinemas; Martin Scorsese (remember him?) has directed one also. Further to this, new 3-D technology for exhibition in homes is on the threshold of exploding IF —hold your breath, my prediction is that this time 3-D will become pretty mainstream— the general public buy into all the websites that are pushing it.

There are quite a few DVD/Bluray review websites that have begun reviewing them and advising readers as to release schedules of many 3-D titles. This new fad is being surreptitiously fed into today’s current movie going public to the detriment of audiences wishing to see more serious cinema on our screens (especially here in North America as foreign markets still seem to be able to generate a more astute cinema audience).

Of course one can make an argument for the use of 3-D within the context of a new way of using film as an artform, but there is a big leap of faith to sell it as something which makes the viewer feel as if they are “in the movie”. In fact, the way 3-D is used is a reversal of that dictum since most filmmakers are throwing stuff out beyond the screen (into the theatre) to underscore the 3-D impression. Cameron is very critical of these techniques which cheapen the effect; he has stated many times over in various interviews about Avatar, that he was trying to “immerse” the viewer inside the landscape of the film rather than jab or throw things out at them. I suppose it’s an arguable point in this case, never the less, it doesn’t change a thing about the fact that Avatar is simply a weak story and not a very interesting film from any standpoint outside of technological.

However honorable Cameron’s intentions may be, they seem to have been completely laid by the wayside by those who would now profit via this new technology without understanding how it can be used in a much more interesting way. Hollywood does not seem to learn from previous experience with other razzle-dazzle technique such as Cinerama or old attempts at bringing 3-D to America’s movie screens; will current 3-D tech go to the scrap heap of other Hollywood bad ideas or will it find original artists who will try to work within that framework without sacrificing the “art” of cinema?

How will a director approach a long take? or a deep focus composition? (not that there are many produced in American films these days anyways). How can we be sure of the integrity of the images we are presented with? (with the continuing evolution of CGI to points where it is increasingly difficult to discern what is real or faked in an image). Is it even relevant in today’s cinema? All these questions raise more questions of their own.

Think of neo-realist cinema made with today’s tools; could such a presentation be trusted? These types of questions could lead one to believe that propaganda filmmakers might be the ones who will most benefit from these new techniques (scary!).

Just knowing that George Lucas has bought rights to images of dead actors sends shivers down one’s spine more than the image of Baron Frankenstein robbing graves to assemble his creature from dead body parts.

Film historians of the future will have a field day examining an actor’s filmography of 30,000 films. Of course, it’s quite possible that this new 3-D fad may die a quick death also, and hopefully close the door on the potential of seeing films where knives and forks are flying towards your head every time a character (alive or dead) opens a window. It is currently difficult to get grade school students (and older in some cases) exposed to silent and black and white early cinema, imagine what it will be like when films from the 1960’s and 70’s also acquire that obscurity simply because they are not CGI clean or in 3-D.

Will film history be sacrosanct after all is said and done? Even today, some form of digital restoration is applied to old films in order to preserve them for posterity. Any title that is put out on DVD or Bluray from The Criterion Collection will have details as to what was done to the print in the digital domain to clean it up for manufacturing: “thousands of instances of dust and dirt have been removed using the DTI…….etc.” Does that type of manipulation of a film (where all creative people, from the Director to the director of photography, have passed on) destroy its intended look or texture? After all, it is being mediated by people who will ultimately impose what they think a said film should look and sound like to a contemporary audience.

Of course, even film scholars cannot help being blown away by some of these results, as anyone who has seen recent Criterion Bluray releases of The Red Shoes and Black Narcissus will attest, but I will argue here that the digital manipulation is truly a benign form of saving what are important works of art for future generations who will (I hope) still marvel at what 2-D and its constrictions could produce when handled by film directors who had a distinct artistic vision. Will the future of 3-D technology be so kind to its brethren 2-D history?