Review of Jane Sloan’s Robert Bresson: A Guide to Sources and References 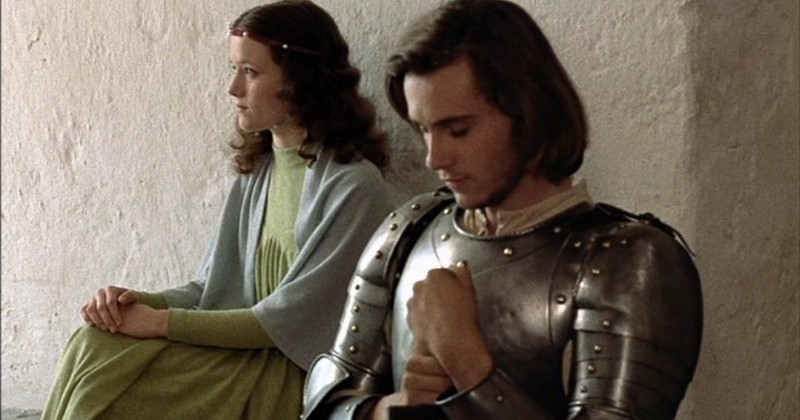 Is Jane Sloan’s Robert Bresson: A Guide to Sources and References still a useful tool over 20 years after its publication? The question might be asked of all the volumes in the series of bibliographical surveys on directors published by G.K. Hall/ Macmillan in the 80s. The short answer for Sloan’s guide is ‘yes and no.’ (I can’t speak for the others.)

Sloan, as the current Women’s Studies Librarian at Rutgers University and former Cinema Librarian at the University of Southern California, is quite obviously a researcher of the utmost rigor, assembling here a virtually exhaustive annotated bibliography of 738 works on Bresson published in at least four different languages, including English, French, Italian and German, and spanning the years running from 1934, coinciding with the release of Bresson’s first film, Affaires publiques, to 1980. (The first entry is remarkable not only for being the only piece of writing on Bresson in the 30s, but for being the lone contemporary review of the film, one which, as we now know, is no longer “lost.”)

To refresh the memory of the reader who’s familiar with the series, the layout of each entry is as follows (the number in the left margin indicates the standing of the entry based on, first, the year of publication and, second, the first letter of the author’s name):

Crowther prints here the letter that Bresson had sent him on discovering that half an hour had been cut by the New York distributor from Journal d’un curé de campagne. Bresson defends every detail as indispensable and suggests that the omission explains why Crowther did not understand the film (see entry 85). Crowther makes fun of foreigners who always think their work is butchered by “crassly commercial Americans” and dismisses Bresson’s attitude as “obvious pretension.”

Whereas the bibliography itself as the product of what must have been years of research in an era before databases and the Internet is vital and wide-ranging, the commentary that accompanies each and every entry at times does disservice to the source and, in fact, makes of some of this work a ‘misguide’ rather than a guide. I would claim that, in a project such as this that seeks to steer new researchers through the available resources on a given director, the choice of words offered in the explanations of each source requires just as much, if not more, care than the actual collection of the bibliography.

The manner in which the Crowther source is handled by the write-up that follows it is both accurate in its summary and apt in its tone. But what of this one, again, with an eye on accuracy and tone:

Interview with Burel in which he claims that Bresson misrepresented Jeanne d’Arc by presenting her as a cunning girl. He describes Bresson as a man who brooks no disagreement and never wants to recognize that he is wrong.

Sloan deserves credit for maintaining a cool distance, especially considering the apparent ‘juiciness’ of the material. However, after closely examining the source itself, I would question the accuracy of some of her description and, more importantly, how she manages to neglect some of the more significant information that the source offers. To begin with, it might have been useful to indicate that this source is an excerpt from a longer work, entitled Souvenirs de L. H. Burel (available in Montreal only on microfiche at the Cinémathèque Québecoise), in which Predal sat down with cinematographer Burel to record his career memories. This tidbit appears in bold in the article’s very first paragraph, yet is inexplicably overlooked by Sloan. (Incidentally, Souvenirs de L. H. Burel, published in full by Avant-Scène, Paris, in 1975, is shunned entirely in Sloan’s bibliography.)

But what of Sloan’s explanation of Burel’s views, that, according to the cinematographer, “Bresson misrepresented Jeanne d’Arc by presenting her as a cunning girl”? Although Burel makes mention of the fact that Jeanne “avait quand même un culot phénoménal” for going to the King and asking for horses and men to liberate Orléans, and that Bresson made of Jeanne “une fille à l’air sournois,” these statements only partially represent Burel’s take on the film, and what’s more, he seems to actually offer statements like these, in one instance at least, in support for his view of how Jeanne should actually be represented (107). Stated more precisely, Burel does not blame Bresson for representing Jeanne merely in her cunningness, but for failing to recognize that a girl as cunning as Jeanne must have been haunted by some overpowering idée fixe in order to attempt what she did. But even this falls short of what he seems to be saying, for while it might be argued that this article shows that Burel wanted to make a film that Bresson never would have made, Burel ends up making conflicting statements about Bresson’s Jeanne and her “cunning.” What he seems to be getting at is that Bresson didn’t seek to explain why she felt the need to be so cunning, or the mystery below the surface. This and the fact that Burel wanted Procès de Jeanne d’Arc (1962) to be the final, crowning achievement of his career seem to be the real reasons for Burel’s disgust with Bresson’s interpretation of Jeanne, at least as Predal’s article offers them.

To add to these discrepancies, why does Sloan fail to mention several crucial bits of information that might be of interest to future Bresson scholars? While her description of the article is loyal to Burel’s bitter solipsism, it fails to show how this piece is more than just a rant by a frustrated old man, that in fact it offers a few important points about Bresson’s and Burel’s working methods and collaborative clashes. As Burel testifies, in the tests for the film, he set up the camera in such a way that would bring out the “pureté“ of Jeanne’s/ Florence Delay’s eyes, but Bresson vetoed this manner of approach during the actually shoot, electing to frame the shot differently and to have Delay stare at the floor for a large part of her performance so that her eyes are rarely visible. Despite the fact that he didn’t get to frame or light Jeanne d’Arc as he would have liked, Burel mentions that he was often able to get the upper hand on Bresson by using the director’s “esprit de contradiction“; to his advantage (105). (As an aside, Philippe Agostini, Bresson’s first D.P., also mentions that working with him required coping with the director’s tendency toward the negative. See Sloan, entry #637). I cite Burel/ Predal at length here:

In dealing with ‘the type of person’ that Bresson was Burel seemed to develop his fair share of tricks. And while anecdotes of this kind may seem to be of only passing value, they do—if they can be trusted—give one access to Bresson’s atelier.

Burel notes further that his only career regret (aside from the Jeanne d’Arc fiasco) is not having finished developing the visual qualities of the photography of one of Bresson’s future projects, Lancelot du lac (1974). In so doing, Burel reveals that he and the director had been working on the film since the early 60s, or before Bresson had moved into color, and that what pre-occupied them most was inventing a lighting scheme that would be “très discrète, simple, sans recherche d’effets couleurs et de violence de contrastes …” (108). Burel suggests that he would have done a great deal of testing for the film, as much as with Journal d’un curé de campagne, but that he was not able to get even to that stage because Bresson lacked the financing to proceed with the project. The significance of this is manifold, particularly because it suggests that Bresson, had he had the money, would have moved into color much earlier than he did (with Une Femme douce in 1969, shot by Ghislain Cloquet). Burel claims that Bresson actually approached him in the 70s—after their falling out over Jeanne d’Arc—to shoot Lancelot, but Burel’s health would not allow it. Instead, the film was shot by Pasqualino De Santis, who ended up shooting the remainder of Bresson’s films (save L’Argent [1983], which was partially shot by Emmanuel Machuel).

There is a final point to be made about this article, particularly if it is to be framed as an important bibliographical source. Rui Nogueira wrote an article-interview for Sight and Sound in 1976, entitled “Burel and Bresson.” (It’s now available in James Quandt’s compendium on Bresson, pages 513-521.) Nogueira’s ‘interview,’ like Predal’s, gives the reader the initial impression that it had been ‘narratized’ in order to remove the interviewer’s questions from the final version. Burel, if he in fact had ever met with Nogueira, probably demanded ‘final cut’ on the interview, a common practice in such proceedings. In the alterations he was likely to have made to the transcript, Burel seems to have included large passages copied verbatim from the Predal article. A comparison between this last piece (entry # 592 in Sloan) and the Nogueira interview (entry # 638 in Sloan) shows that the latter, in its final version, borrows substantially from the former, the only major difference being that Nogueira’s piece was translated by Tom Milne into English. (Nogueira makes no reference to Predal.) Some passages from the Nogueira interview are, however, not in the Predal article, leaving one to wonder if they are fresh material or if they too originate from the Burel’s longer book of memoirs. Future research on Burel will undoubtedly have to account for the material contained in both articles by Predal and Nogueira, respectively, and their relations with one another and to Souvenirs de L. H. Burel. Needless to say, Sloan makes no reference to the way in which the article-interviews by the two authors overlap.

One might tender the objection in defense of Sloan that a reference guide simply isn’t the place or time to draw out details like these. In response, I’d only say that Sloan herself might disagree, for several of her entries, devoted to longer, more ‘important’ sources, are quite detailed and run almost a page long. I believe that it’s a question of what the author saw in the source and not one of space constraint that led to these exclusions and lapses.

I have offered only one example, dealt with in detail, of a slip-up to be found in Sloan’s book, but I do hope that it serves to show that this, and perhaps all of these reference guides, should be used with the requisite caution. While the bibliographies themselves may be comprehensive (with perhaps some omissions), new researchers should be careful not to lean too heavily on the affixed summaries, for they may mislead and, in effect, by discouraging one from accessing a source that may be of interest for reasons that exceed the perspective of the one who assembled the guide, could send a potentially valuable piece of scholarship sliding off its rails.

Colin Burnett, who holds an MA in Film Studies from Concordia University, is a PhD candidate at the University of Wisconsin-Madison. His current areas of research include Robert Bresson’s cinematographers, laboratory practice in American cinema of the 20s, and minimalist film style. He has published in Senses of Cinema, Synoptique, and Canadian Journal of Film Studies and has writings in forthcoming editions of Film Quarterly and Studies in French Cinema. Along with Dudley Andrew, he is also editing a special edition of Post Script devoted to the film and photography writing of Susan Sontag.