The following review moves into uncharted cine-buff territory: adult cinema from the 70’s —a genre that is worth closer appreciation and is receiving just that from the DVD label, Vinegar Syndrome. Thanks to this enterprising US DVD company, many adult titles from the mid to late 70’s are being rescued and preserved as cultural artefacts —and why not— as if Criterion were moonlighting on an undisclosed project. The care bestowed on some of these titles is pleasantly surprising; when one considers that many of these films probably only exist as faded, scratched 16mm prints, it is quite astonishing to see the love and care taken on the restoration process. The company is run by Joe Rubin who has a love for exploitation films of all sorts from the 70’s. 1 The Vinegar Syndrome roster is quite considerable and growing with each passing month.

Vinegar Syndrome has various sub-categories to slot their DVD releases into. In this case, it is the Peekarama-Big 2-Unit Show, which mimics the Times Square grind house experience: a double feature of hot, sweaty, and well produced films. The filmmakers who were producing such films in the 70’s had far more flair than much of the rubbish being sold as exploitation fare today, which has very little personality or sense of genre history.

The first title off a double-feature DVD is Baby Rosemary from 1976, directed by John Hayes under his nom de guerre, Howard Perkins; using a pseudonym was a common practice for filmmakers working in the adult film industry in those days since a surprising number of them also worked in mainstream film. Hayes has quite a history behind him as an exploitation filmmaker, and has the distinction of having one of his early short films, The Kiss (1959), nominated for an Academy Award. He also directed an exploitation favorite of most horror connoisseurs: Grave Of The Vampire (1974). His history as a filmmaker is well worth perusing, for the few gems that can be found apart from the titles enumerated above.

Baby Rosemary follows the story of Rosemary (a great performance by Sharon Thorpe) who has to deal with the death of her father whom she has not seen for a very long time. One man who loves and cares very much for her, John (played by John Leslie) tries hard to take her with him to San Francisco where he will start his new career as a police officer, but she turns him down. Eventually making it out there a few years later, they both meet in a park where John informs her that her father has been found dead in a rooming house, and that she should come to identify the body and retrieve his personal effects. Rosemary seems surprisingly unmoved by the news, and John tries to comfort her, but again she seems reticent to connect with him or acknowledge his love for her.

Rosemary eventually makes it to the rooming house in order to sort out her father’s belongings, but is met by a strange couple who claim to have known her father as a photographer, and they produce still images of themselves having sex to show Rosemary the evidence. Rosemary is shocked and seems to veer off into some strange trance and remains hypnotically passive as both characters molest and have sex with her. She is left in the apartment in a daze of confusion and paralysis.

She re-establishes contact with John, and he tries to get through the initial barriers that kept them separate but to no avail; although she tries to have sex with him, she cannot let him go all the way so that after he is satisfied, she tells him that she cannot deal with this situation and leaves his place. Once back in her father’s apartment, she spies the same couple as before copulating on her father’s bed. When the male lover realizes that Rosemary is in the doorway, he tells his partner who then leaves and suggests that he should invite Rosemary to join him. Rosemary does not resist but rather seems to initiate things, as she slowly removes her clothes and joins the man in bed (perhaps she sees him in her mind as her father?). Rosemary takes control and makes the sex very tender and loving which belies the viciousness initially exhibited by the man in question. This scene also points up questions as to why she will not give in to the man who seems to really love her, John. In fact, John shows up at her father’s apartment at a point in the story where this other man becomes violent with Rosemary; John breaks in and tries to save her, but is knocked unconscious only for Rosemary to pick up his gun and threaten the other man, who makes his escape, while uttering death threats on his way out. 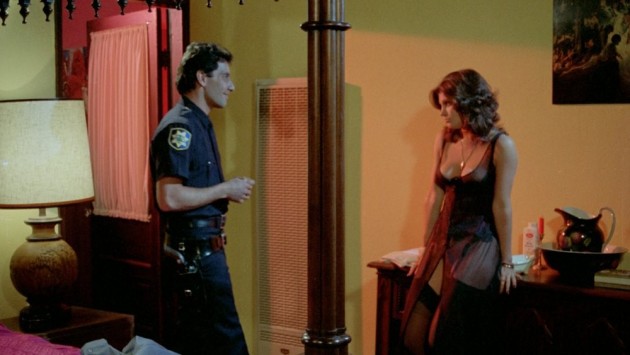 The film builds to a nightmarish dream sequence where we see Rosemary at the funeral home where her father lies in his coffin. The various characters from the story start appearing and overwhelm Rosemary as she cries out to her father for help. The camera zooms in and freezes on Rosemary’s scared and seemingly helpless expression.

The film is deftly made and has really great performances; something like this would have been considered a good little indie film were it not for its obvious moments of shock value; let’s face it, sexually explicit films —even those from the 70’s that are tamer than what you find on the internet today— are not given much time in a PC culture who seem desensitized to everything humans are doing behind closed doors. These prejudices unfortunately make it hard for people to admit enjoying the films for what they are; like science-fiction and/or horror films that can have the occasional political subtext, these films also perform in a similar fashion which the sex scenes overwhelming the story. If one takes the time to watch a 70’s adult feature in the same way you experience other genres of cinema, certain great moments will make themselves evident as well; watch the films with the same critical eye as you watch anything else (as I hope you do). 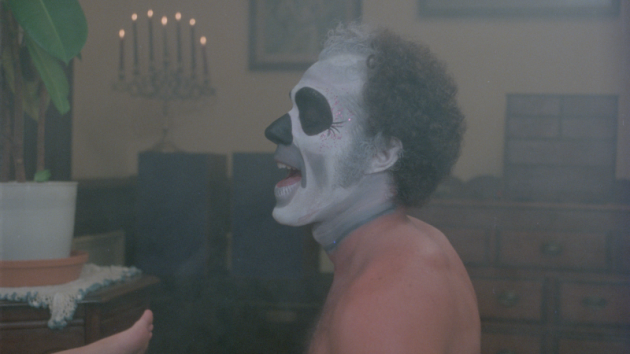 The transfer, which was scanned from a 35mm negative, is astonishing for a film like this; the colors are vibrant and the contrast perfect, which benefits the night scenes that play with shadow and light in an inventive way. There are a few glitches at the reel changes, but it adds to the whole grindhouse experience. The other feature on the disc, Hot Lunch (1978), which is also directed by Hayes, will get its own review in due course. In any case, for aficionados of exploitation cinema from the 60’s and 70’s, you could do worse than immersing yourself in these Vinegar Syndrome collections; highly recommended.

Trailer for the Double Bill