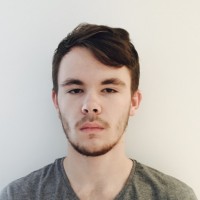 Tim Brinkhof is a Dutch-born, New York-based journalist whose writing on art and culture has appeared in PopMatters, High Times, History Today and The New York Observer among others. He studied history at New York University, and currently works as an editorial assistant for Film Comment magazine. A scholar of Russian literature, he has helped stage exhibits for the State Hermitage Museum and is greatly interested in the relationship between political ideology and popular entertainment.