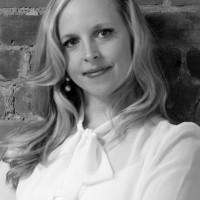 Sara Swain recently received her Ph.D. from the Joint Program in Communication and Culture at York and Ryerson Universities. She holds a B.A. in English Literature from Memorial University, and an M.A. in Film Studies from Concordia University. She has published essays on representations of virginity and sexual initiation in Joss Whedon’s TV series “Buffy the Vampire Slayer” (2010), and on the gendered critical backlash against Jenny McCarthy’s boundary-pushing gross-out comedy Dirty Love (2013). Her interests are eclectic and broad, ranging from film aesthetics, cinematic realism, film genres (horror and comedy especially), and gender and spectatorship, to communication history and theory, philosophy of technology, and the history of ideas. Her current research probes the complex theoretical, historical, and material relationships between animals and the imagination and development of media technologies.