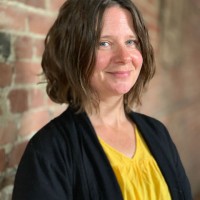 Lara Braitstein is Associate Professor of Indian and Tibetan Buddhism in the School of Religious Studies at McGill University. Her areas of research interest include Indian and Tibetan/Himalayan Buddhist literature and historiography. She is author of Saraha’s Adamantine Songs (2014), a translation and literary analysis of a set of three long esoteric poems composed in the 9th century. She is also the translator of Shamar Rinpoche’s book Path to Awakening (2009 and 2011). From 2013-18 she was Principal of the Karmapa International Buddhist Institute (New Delhi). She has been a regular visiting professor at the Rangjung Yeshe Institute (Kathmandu), and in 2018 she was the UBEF Visiting Professor of Buddhist Studies at the University of Sydney.