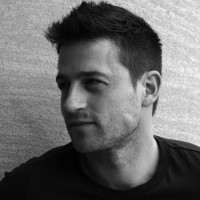 Felix Monguilot Benzal is a Spanish Art Historian with a specialization in cinema, education and 20th Century art. He completed his Ph.D program at the University of Murcia, Spain in 2015. For several years, Monguilot had been working for institutions in the Italian art world, both as researcher and art project coordinator. He has published and presented widely in a number of different countries and at a variety of institutions. He also received several fellowships and awards, including the Samuel H. Kress Interpretive Fellowship at the National Gallery of Art in Washington, DC (2012-2013).