Lost Hearts (Lawrence Gordon Clark, 1973)/We Always Find Ourselves in the Sea (Sean Hogan, 2017)/Too Many Christmas Trees, an episode of The Avengers (Roy Ward Baker, 1965)

A fun night of spooky Christmas treats, presented affably and informatively by film festival programmer, organizer, author and overall genre film smarty-pants (as well as friend for what must be approaching twenty years) Kier-La Janisse as a tie-in with her latest small press publisher Spectacular Optical release, Yuletide Terrors, a beautifully illustrated book of essays on the wonderful tradition of Christmas terrors in both film and television (of which I picked up a copy and, as with each new tome from Kier-La’s increasingly prodigious output, look forward to burrowing into). 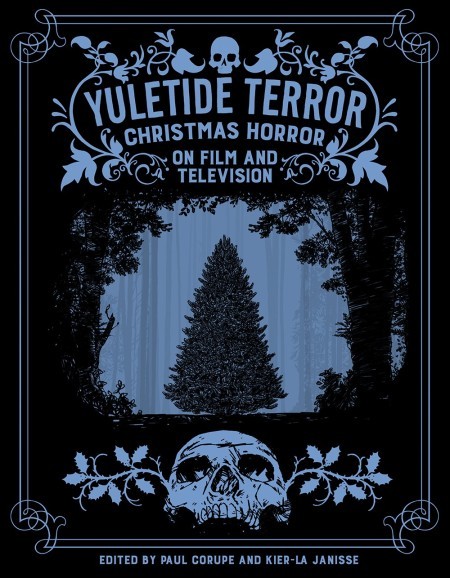 The chilly night of viewings, helped along by sipping at bar drinks, only hindered by those always uncomfortable folding chairs (something I consistently forget about at this venue until I arrive, go to sit and think ‘Oh, shit, these chairs again’), began with the opening 30 minute plus Lost Hearts, the 1973 instalment of the “A Ghost Story for Christmas” annual BBC show presented each winter Holiday season throughout the 70’s (as Janisse informed us) and it got the evening off to fine and fascinatingly creepy form. Adapted from a story by seminal ghost story author M.R. James, the tale follows a young orphan boy, sent to stay with his eccentric much older cousin in the country, who finds himself visited by the haunting apparitions of a young boy and girl who lead him to begin to uncover some troubling, and darkly dangerous, secret ambitions of his reclusive alchemist relation. Filled with supremely eerie imagery (including the ghostly children with expressionistically long finger nails moving in deliberately stiff manners, and the boy inexplicably plucking at a hurdy-gurdy, all of which plays deftly and poetically right on the border of the absurd, capable of causing a momentarily laugh of uncertainty, yet never for a moment slipping into silliness – except for viewers of limited imagination and/or desperately looking to laugh at anything they don’t get), with an evocatively creepy and misty rural environment, a few punctuations of extreme violence (including the after-effects of hearts having been ripped out) and those ever-present, always appreciated hints within these British antiquarian ghost stories of incestual sexual perversity, this was a wonderfully crafted bit of ghostly tradition I would have absolutely loved to have seen as a child… and can still deeply appreciate as an adult (and also wonder if the late, occasionally great terror filmmaker Tobe Hooper hadn’t seen, and wasn’t channelling, the haunting moments of the two ghostly children tapping in the night at the young boy’s window when six years later he would find himself creating something very similar – and equally indelible — with a vampire boy outside his friend’s bedroom for 1979’s television mini-series Salem’s Lot). Now that I’ve experienced the creepy delights of this one, I’m gonna have to seek out those other seven annual episodes that were produced for the show. 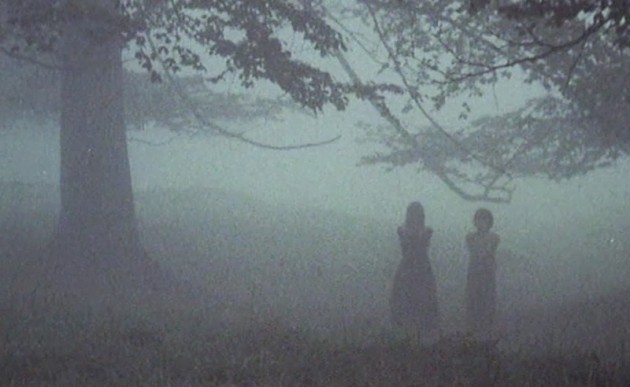 Next up was the 20-minute We Always Find Ourselves in the Sea, a 2017 offering, apparently produced especially for the book release, about a grizzled, lonely recluse surprised on Christmas Day by the sudden arrival of what appears to be his red raincoat wearing estranged daughter… or is she just a figment of his painfully traumatic memories? The film does it’s best to evoke the memories of those traditional English ghost tales and captures some nice imagery of the overcast, wind- and rain-swept coastal location it was shot in (as well as some potent ghostly apparitions in the water itself), but I can’t say I’m fond of drone shots, used in (way over-)abundance here, as cool as they may be (and as easy to achieve as they are now) as being a particularly effective way to capture the intimacy and tension this kind of tale requires. The super-crisp video imagery also works against the tale, and while there is a certain intriguing mood achieved, the deliberate narrative ambiguity didn’t leave me with that resonate feeling afterwards that the good ones achieve, that feeling of trying to understand what I had just witnessed.

We Always Find Ourselves in the Sea

Last, but far from least, was a surprisingly surreal and charmingly warped nightmarish Christmas episode from a classic 60’s show I’ve only really heard about (always good things, mind you); that being the intelligent and stylish British spy series, The Avengers. And while I’ve always had the impression the show had a somewhat dark tongue in cheek attitude, I’m quite sure in general the narrative formula of the show had its feet much more firmly on terra firma (if fanciful in certain James Bond ways) than the hallucinatory wonkiness of “Too Many Christmas Trees”, which has things such as our main hero John Steed (Patrick Macnee) having nightmares of an oddly deformed Santa Claus, telepathic spies, lots of Charles Dickens’ references, premonitions coming true at a holiday weekend party Steed attends with his seriously able female assistant Emma Peel (played by Diana Rigg, that stunning paradigm of female beauty, intelligence and power who oddly has every outfit change, which is at least three, providing a surprisingly ample viewing of her camel toe, leading me to ponder, was it possible that every outfit she wore on the show accented this?), with it all ending in a physical confrontation in a house of mirrors.

I can only imagine the success of the show allowed the makers the necessary leeway to have some spooky, playful fun with this Christmas episode and I’m glad they did. Beyond the specific amusing craziness of this hour-long effort, it was also a real pleasure discovering the clever, sophisticated banter between the two leads, which I imagine was a mainstay (and one of the highlights) of the show in general. Steed may have had the upper hand as far as job titles (she’s his assistant, after all), but Peel had no trouble matching his quick wits, that’s for sure. And while Steed plays her a bit by withholding some information from her, it’s Peel (with Steed rendered helplessly knocked out on the floor) who ultimately kicks some bad-guy ass in the fun house. And the hint of sexual tension between them (as they end up snuggling under some mistletoe at the conclusion) leaves some intriguing fun on whether there is some hanky panky going on between them (of course, a serious no-no in today’s climate, but back then… why not?). Not sure I’ll ever get around to it (those old shows just had way too many episodes), but I imagine it could be fun to catch up with one day. I also felt a warming shot of nostalgic pleasure upon realizing that old British vet of many a classic Hammer and Amicus horror production, Roy Ward Baker, had directed the episode.