Romantic stories have always attracted audiences throughout filmic history with the boy-meets-girl scenario being present in almost every cinematic genre, from thrillers to avant garde or experimental films. However there is a burning question permeating the current landscape of cinematic theory. Can this romance narrative be subverted? Can it be re-scripted? And if yes, how and where can we find traces of even the slightest change?

While we often read texts (filmic or literary) which deviate from the norm we still “only occasionally find texts/productions which rock the foundations of this most enduring of ‘grand narratives.’” [1] In our effort to find alterations in the romantic narrative we really need to examine not only “the extent to which (these changes) alter the codes and conventions of traditional romance …. but whether or not they actively interrogate and destabilise the institutions in which those conventions have become embedded (eg. heterosexuality, marriage, monogamy, the family or the prescription for same-race relationships).” [2]

Every filmic narrative can be structurally analysed as it is made up of discernible elements. [3] The science of narratology is based on an analogy: a narration is like a phrase and for this reason it can be analysed with the aid of a narrative grammar. Each narrative comprises a subject that acts and an action, with the possibility that objects, around which the action turns, exist. According to Algirdas Greimas, the “grammatical” roles that can exist in a narrative are six: the subject and object of action (sujet/objet according to the French terminology), the sender and receiver (destinateur/destinataire), and the helper and the enemy (adjuvant/opposant). [4] Each character in the narrative can assume more than one role. Consequently, there can be varied narrative combinations in proportion to the roles and actions. The above mentioned roles were originally applied to tales and aided the analysis of simple and short texts such as myths, folk songs, etc. They can, however, be applied to more complex narratives since the narrative grammar proves that even the most complex forms of syntax result from transformations in the deep narrative structure. [5] Greimas’ theory can also be used in cinematic narratives since he supports that narrative structures can be also identified in film language. [6]

In this essay I will apply Greimas’ theory to see how the evolution or the change of a character’s narrative program can also define a subversion in the romance narrative, one that is largely a by-product of socio-political changes. [7] For this reason I have chosen to analyse the narrative programs of the female protagonists of The Shop Around the Corner and You’ve Got Mail, since the latter is a version of the first.

The Shop Around the Corner Has Got Mail

In 1940, Ernst Lubitsch, the “master of the romantic comedy” according to film historian and critic Leonard Maltin [8], decided to direct the first film version of the play The Parfumerie, written in 1937 by the Hungarian playwright Miklós László. [9]

The theme is as old as time. Two co-workers fall in love after having despised each other and without knowing they were made for each other. In a small Hungarian department store Alfred Kralik (James Stewart) works as the top clerk and trusted friend of the owner, Hugo Matuschek (Frank Morgan). Alfred is secretly corresponding with a young lady through a lonely hearts ad. He has never seen her and all he knows is her box number, 237. Nevertheless, he confides in his closest friend and eldest employee in the shop, Mr. Pirovitch (Felix Bressart), that he is in love with this young lady and is soon going to propose marriage. A few days before Christmas a young new shop assistant is hired to help. Klara Novak (Margaret Sullavan) is of course the mysterious woman Alfred is corresponding with, but the two start their relationship on the wrong foot, completely unaware of their true identities. As one may easily conclude, the happy ending arrives just before the end credits and after a number of misunderstandings.

In 1998, Nora Ephron resolved to update the story and the result was You’ve Got Mail. This time however things were different. The Beatles-like song during the opening credits is accompanied by the distinctive sound of a computer logging into the internet, thus making the spectator understand that the title of the film is a direct reference to electronic mail which has replaced almost entirely conventional letter writing. Moreover, the images we watch are depictions of a virtual and colourful New York until the camera penetrates into an apartment where we find our protagonist Kathleen Kelly (Meg Ryan). She has just awaken and is listening to her boyfriend’s nagging against technology. The moment he leaves she logs on and we find out that she maintains a secret correspondence with an unknown man. She calls herself shopgirl while he is NY152. The voice-over that we listen to belongs to Joe Fox (Tom Hanks) and we witness their conversation about every day things, while we see him in his luxurious apartment with his high-powered girlfriend. With the help of parallel montage we witness them leaving for work. She owns a little children’s bookstore which she inherited from her mother, conveniently called The Shop Around the Corner, while he is a third generation businessman about to open a new Super Bookstore just a few blocks away from her bookstore.

From the first scenes of the two films we can already establish the following: in the 1940 film the first protagonist we encounter is the man, whereas in the second the first protagonist we encounter is the woman. However insignificant this observation may seem, at first it comes with the added connotation that women are not to be immediately placed second. Furthermore, the position Klara and Kathleen hold in their historical time is quite different. Klara’s first narrative program finds her as the subject of action aided only by her desire to seek for an object, which is a new post as a shop assistant. Secondly, she lives in a simple room with her old aunts. On the other hand, Kathleen is the proprietor of her own business and employs three other people. Her narrative program is at first vague and she seems to wander about in life without a definite purpose. She enjoys flirting with her unknown friend on the internet without seeking desperately to meet him; she goes to work without any new ideas to improve or alter anything in the shop; and she is involved romantically with an ardent journalist without any immediate plans for the future. Only when her business is in jeopardy from Joe Fox and after consultation with her cyber friend (who is in fact Joe Fox) do the wheels of her first narrative program get in motion. As the subject of action and aided by her boyfriend, employees, and friends, Kathleen fights to keep her bookstore open and decides to campaign for this, even if that means becoming mean and ruthless, qualities which she does not at first seem to possess.

We observe that Klara possesses innate determination to get what she wants, whereas Kathleen lacks this attribute. Nonetheless, as the plot progresses both women find themselves loathing the man they actually care about. Klara is constantly at loggerheads with Alfred, since the latter is her boss, and Kathleen tries to sabotage the opening of Joe’s new Superstore.

Another point worth discussing is the fact that Klara is single and has tender feelings only for her secret friend, whereas Kathleen is involved with Frank and still corresponds with her NY152 man, without feeling particularly guilty about her conduct. While infidelity is never actually realised, she is in a way drifting away from her relationship because of another man. The story is thus becoming more complicated than in the 1940’s version where Klara sets two goals, a job and a man, with only the obstacle of her obnoxious boss, Alfred. Kathleen’s case is more complex in that she has to strive to keep her business afloat, decide what she wants to do if her plan fails, and also make a decision concerning her relationship. Both women’s narrative programs reflect the social changes that occurred from the 40’s to the end of the second millennium. In the intervening decades women became financially independent and held positions that men used to occupy. As a result relationships with the male sex underwent significant changes as well. When Alfred asks his friend at the shop the exact monthly expenses of a married couple we observe that in those days the man had to be the breadwinner, and that even when the woman worked the man had to earn more money. The feminist and post-feminist movements of the 60s and 70’s helped put a closure to this condition. Kathleen’s second object is not marriage but companionship. She does not care (at least not openly) about having babies and doing the housework, but wants to first seek out her true self and what she wants to do in life. At the beginning of the film she wonders about her job, asking “What is it that I do exactly?” While towards the end of the film, after having sold all of her stock and closed up her shop, her beloved elderly accountant congratulates her on her brave decision and tells her that “she’s marching into the unknown with… nothing.” Yet, Kathleen is finally free to seek for what she truly wants in life, as the years that have passed her by were filled with someone else’s dreams and hopes (probably her mother’s). That is why she comes out victorious at the end, complete with the companion she was longing for.

Klara on the other hand, leads a much simpler existence, yet not one without hindrances. Her narrative program has two objects: a job and a husband. The ending of the 1940’s film heavily suggests that a marriage proposal will ensue within hours of the first kiss, whereas the 1998’s final parting kiss suggests only the beginning of a healthy relationship and nothing more.

Whereas Ephron does not alter the basic structures of the romance narrative she does, however, put things in a different perspective, following an era when women were financially independent and did not expect a husband to solve their problems for them. A more detailed analysis of the way men act and think in both films could also reveal small but significant changes in the way the romance narrative is evolving, even in mainstream Hollywood films.

3 According to Robert Stam [1992: 69], “the conventional elements of narrative structure – characters, plot patterning, setting, point-of-view and temporality – can be regarded as systems of signs which are structured and organised….”

7 A key-term in Greimas’ grammar is the personal narrative program. Greimas defines it as a model of change of state and is considered as the starting point of the formation of an operational theory of forms of action in a specific spatio-temporal universe [1993: 177]. In other words the narrative program is the personal plan of action each character possesses in a narrative. Of course, it goes without saying that different characters have different narrative programs and the plot is created through the mixture of the characters’ actions in their effort to realise their objectives. 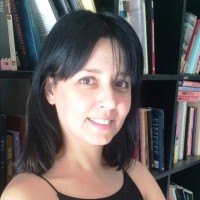