Yes, There Is a Montreal Film Festival (Sort of) – and Here Are Some Recommendations

It is hard to conceive of a film festival receiving worse publicity than the 40th edition of the Montreal World Film Festival, but even though the loss of the Cineplex Forum has forced organizers to drop over 70 films from the schedule and limit the remaining films to a single screening each, there is still a festival going on. And some of the films on offer look interesting. While the programming can be notoriously spotty, there are almost always gems to be found if you’re willing to roll the dice.

With that in mind, and remembering there are no guarantees in this life, here are some of the films that look like they’re worth taking a chance on: 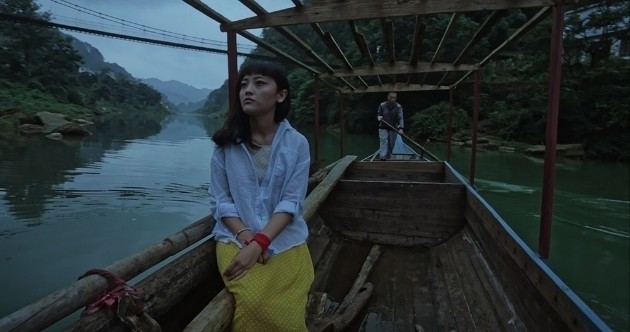 1. Kaili Blues (Bi Gan, China) This is probably the must-see film of the festival, having won numerous awards on the festival circuit and received rave reviews from around the world. It has been specifically praised for its spectacular photography, as well as for a 40-minute long take in the middle of the film. Intriguing, to say the least.

2. As Far As the Eye Can See (David Franklin, USA) A gently observed slice of life from small town Texas, involving a former piano prodigy looking to reinvent his life. The director, who has accompanied his film to Montreal, assured me the film is worth watching. He may be biased, but, based on the trailer, I think he may well be right.

3. Everybody Happy (Nic Balthazar, Belgium) The premise, about a standup comedian who hears voices, doesn’t necessarily sound promising, but it’s in the hands of Nic Balthazar, the Belgian director who had such a huge success at the 2007 festival, winning festival and audience awards, and a 20 minute ovation from the audience.

4. The 4th Company (Amir Galván Cervera and Mitzi Vanessa Arreola) Amazingly, this story of inmates in a high security prison who are members of a jailhouse football team who also happen to rob banks and act as a death squad in the employ of Mexico City’s chief of police, is based on fact. Not for the squeamish (“the body count is horrendous,” according to the review in Variety), but if you’re feeling like taking a break from art films . . . The film is apparently very popular in Mexico, where it has won several awards. 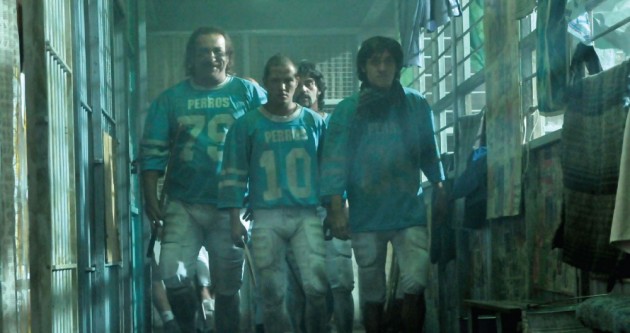 5. Kasaba (Nuri Bilge Ceylan, Turkey) The first feature film by Nuri Bilge Ceylan, director of the remarkable films Distant and Once Upon a Time in Anatolia. As he is currently one of the most prominent filmmakers in the world, I’m more than a little curious about his early work. Preceded by Ceylan’s first film, the 20 minute long Koza. This was intended to be part of a salute to Turkish cinema. Although this section has been slimmed down, other Turkish films that look interesting are The Coop (Ufuk Bayraktar), Dust (Gözde Kural), and We Were Dining and I Decided (Görkem Yeltan).

6. The End of a Beautiful Era (Stanislav Govurukhin, Russia) An award-winning period piece that, unusually, seems to take a critical look at the Soviet-era occupation of Estonia. Shot in beautiful black and white. 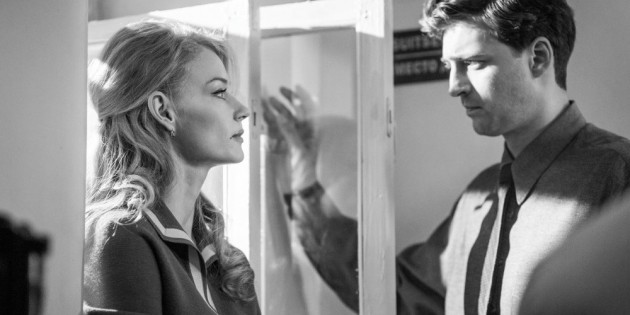 End of a Beautiful Era

7. Tiger Theory (Radek Bajgar, Czech Republic) Drama laced with dark comedy about a veterinarian in his 60s who decides he needs some drastic changes in his life. The star, Jiri Bartosky, is one of the Czech Republic’s best known actors.

8. Dyamper (Mes De Guzman, Philippines) Three average joes get tangled up with mobsters. This one is billed as a “quirky tale” that uses thriller and social realist drama tropes to comment on millennial attitudes. Okay, they have my attention.

9. My Hindu Friend (Hector Babenco, Brazil) The travails of a dying film director, presumably made by a dying film director. Hector Babenco is probably most remembered for the Oscar-winning Kiss of the Spider Woman (1985), but he’s had a long filmmaking career. At his best, as with Pixote (1981) and Carandiru (2003), he was a truly impressive director, and that’s good enough for me to be curious about his final film, particularly as he seems to have directed his own testament. Willem Dafoe is expected to be on hand to introduce the film.

11. Rabidity (Amir Ahmad Ansari, Iran) Thriller concerning a dangerous game of cat and mouse between a couple of small time crooks and a powerful gangster. Although most of the Iranian films that make the festival circuit tend to be austere dramas (and often very good ones), it’s always intriguing when something resembling a genre film sneaks through.

As it looks increasingly likely that this will be the last version of the Montreal World Film Festival (at least in this guise), I thought I would offer a partial explanation of why I have always had a soft spot for it and, despite the severe criticism he has deservedly received for this year’s problems, even for Serge Losique himself. For one thing, I must have seen nearly 1500 films at this festival over the past 30 plus years, and many of them great. Before the Festival de Nouveau Cinema became a major presence and long before Fantasia had even been thought of, the World Film Festival was there, and it inevitably had a major influence on my taste. Just to give an idea of what I’m talking about, here is my tip of the hat, in the form of a sliver of the films I saw at this festival: