It’s back to my many-years-in-the-making comprehensive Fritz Lang retrospective (which I had been doing in tandem with a retro on the decades-long, crazily sidewinding cinematic adventures of that iconic German figure, Dr Mabuse, the ubiquitous identity-shifting megalomaniac with endless plans to rule the world, usually through a Hitler-like control of the proletariat, that Lang first brought to the cinemas and returned to throughout his film career… however, I’ve been having trouble finding a way to see the avant-garde experimental quasi-Mabuse film that I’m currently up to, The Image of Dorian Gray in the Yellow Press, which has – temporarily at least – hampered that retro from continuing). 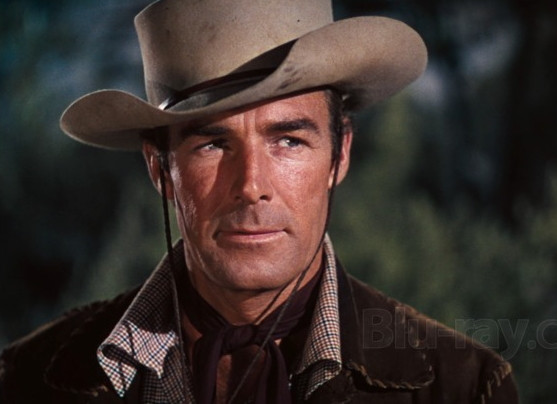 Western Union is the second of the great director’s two-film fling with that Hollywood A-list oater genre (a genre that, hard to believe, was once a huge staple of Tinsel Town), with the notoriously temperamental filmmaker (considering ‘sadistic’ and ‘insane’ were descriptors often associated with him, is it any wonder he was the guy to breath everlasting life into Dr Mabuse? I think not) doing his best, after the disappointing results of his first Hollywood efforts (which, alas, included inarguably two of his greatest films from his American career, the unbelievably powerful and boldly quasi-expressionistic 30’s social-cause dramas Fury and You Only Live Once), to show all those now-wary LA producers that he was capable of playing nice (at least in the short term), mend all the bridges he had torched to the ground upon his initial stampede into Hollywood, when he thought he was gonna come in and be able to strike the same misanthropic Germanic pose as he did back in his European days (only, without the breathtaking record of achievements, both artistic and commercial, to follow him like he had back in Germany, nobody in Hollywood gave a shit), and prove he could actually work in an audience-friendly format, in a non-disruptive way, and actually make a decent dent at the box office (because, let’s face it, cinephiles, and any of those in the know about the great injustice that oft comes with the great auteur filmmakers, Lang’s greatest American films – I’m talking powerfully resonant, personal masterpieces like The Big Heat, Scarlett Street and the two aforementioned early Hollywood bits of astoundingly dark brilliance – were never fated to be the audience favorites in his filmography).

As with The Return of Frank James, the Western Lang directed the year before (which turned out to be a solid remake to Henry King nevertheless superior Jesse James), Western Union is shot in beautiful scope technicolor, with those strung up phone lines seemingly going on forever into the evocative rural landscapes and the impressively constructed Western towns looking even that much more impressive under the rich magical hues. Unlike “Return”, however, which was surprisingly low-key in its approach to action (though very effective, mind you), this time Lang’s film provides a sensational action set-piece, arising unexpectedly near the end, with the workers and our heroes fighting to survive the deliberately set fire raging through the encampment, with the rich technology bringing the massive fires all around in the surrounding forest to overwhelmingly vibrant red —and orange— life. 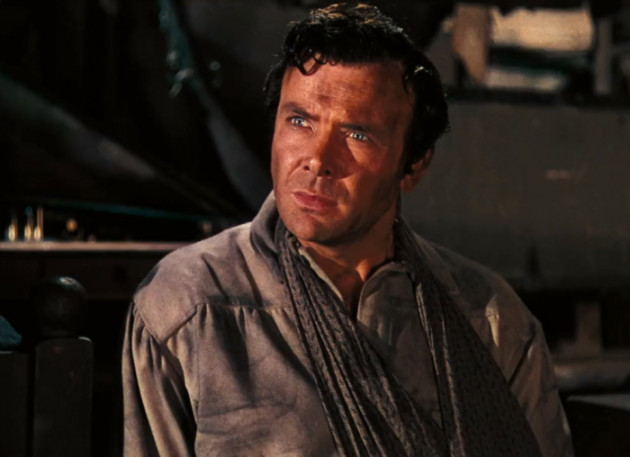 While I would far from argue Western Union as a revisionist Western, with its celebration of upstanding company man Edward Creighton (played by a very young Dean Jagger… man, I grew up with the recurring image of him as an old balding coot inevitably playing some shifty, if not outright evil, character, in some favored 70’s exploitation film, like Alligator or Game of Death, it’s hard for me to wrap my brain around him with all that youth, hair… and do-gooder morality!) heroically rallying those rough-and-tumble men on the near-impossible task of running pole-mounted telephone lines across the country, risking their lives against bad weather, hunger, suspicious injuns and greedy white men thieves (I mean, we don’t exactly see any vicious bodyguard Pinkerton folk around, like in, say, to name one brilliant example, McCabe and Mrs. Miller, intimidating and killing anyone who got in the way of their business suit wearing bosses’ interests, which is how, along with the complete exploitation of desperate immigrant labor, the railroad and phone lines were really built), but, I will say, it does give somewhat of a fair shake as far as the Native Americans go, who are still narratively treated as mysterious ‘outsiders’, but at least shown as honest negotiators and not mindlessly violent savages (the only reason they attack the workers at all is they’re tricked by the much less honorable white man cattle rustlers).

While the traditional Western Union (or the previous Frank James) might not be a riveting representation of auteur Lang at his finest, it does reveal Lang capable of some quality Hollywood entertainment (with “Frank” having the additional add of offering critical perspectives on those greedy elite railroad men claiming to bring ‘civilization’ in those first opportunistic beginnings of society-controlling big business wealth), and some good character drama (with setting up near iconic levels of narrative tensions being one of the most impressive traits of the old studio systems… I mean, you gotta say this about those studio moguls of yesteryear, they might not have treated them right, or even well, but they certainly recognized great writers) with Randolph Scott (a venerable old school actor I’m always happy to see) playing cool-hand cowpoke Vance Shaw, caught between doing the right thing in the company job given to him by Creighton, and dealing with his own spotty past that keeps returning in the form of his petty criminal brother Jack (Barton Maclane) trying to constantly undermine Western Union (of course, by the 70’s, Jack would have evolved into the character in the film we’re rooting for).

There’s even some pathos to be had in the somewhat surprising result of the final shoot-out; while, of course, the prerequisite male heroism is on display, it brings about the death of a character we weren’t necessarily expecting.

Western Union and The Return of Frank James were proof to the studio execs and producers that, push come to shove, Lang was capable of putting together an audience-pleasing film or two… even if just as a means to an end for the director to allow him back to his more personal, far darker and more profoundly critical and challenging visions of what mankind was…