Living in the financially destitute coal farming regions of Eastern Pennsylvania, Wanda, after losing custody of her child to her estranged husband, with the judge reprimanding her for her rampant alcoholism, general irresponsibility (she’s been late to every hearing, when she shows up at all) and lack of financial stability (she’s living on her sister’s couch) and finding herself unable to find work earning even meagre wages at the local sewing factory, Wanda (played by director/screenwriter Loden herself) drifts off on a path of inebriation and emotional emptiness, first running away with a man she has an awkward one night stand with, then, after the john casually walks off and disappears, leaving her alone at an ice cream stand, joining up with a bank robber (who she first mistakes for the bartender at the dive she drunkenly stumbles into), staying with him on his short-lived spree even as he begins physically and emotionally abusing her. 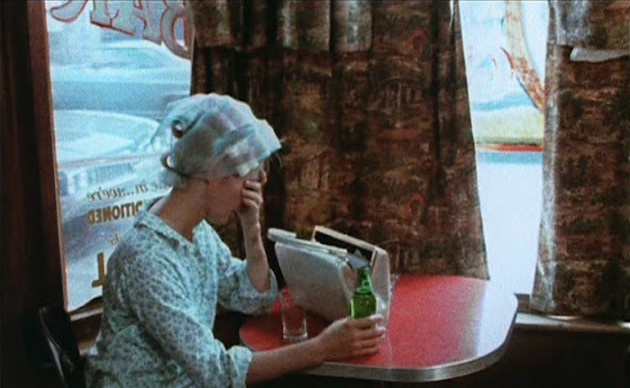 One of the distinct cinematic pleasures of this current mainstream trend in celebrating all things female has been the discovery of criminally neglected gems like Wanda, a film I’d never even heard of up until a year or so ago when I noticed it suddenly popping up consistently in rep houses. The Cinematheque’s current Femmes, Femmes series (which has already provided a whole slew of female-directed viewing pleasures, both of ones I’d never heard of, like Wanda and others I’d always wanted to see, such as Lizzie Borden’s Born in Flames) finally provided the opportunity to catch up to it. And, wow, was it worth it.

Capturing a brutally unflinching look at a woman rapidly being destroyed – and destroying herself – due to a lack of any hope for a future or life to look forward to, one-time feature director Loden (that she claims the film as partially ‘auto-biographical’ is that much more profound) provides what independent cinema was meant to be all about. This is no springboard effort by a filmmaker desperate for Hollywood acceptance or a calling card for an invitation into big budget studio filmmaking. To the contrary, it’s ultra-low budget, shot on 16mm, John Cassavetes-style anti-mainstream cinema. With many of the actors feeling more like real locals than actual performers, it’s an uncompromising look at a neglected (and a still massively growing) section of America that’s had the American dream stripped completely from them. You’ll find no sentimentality here, no attempts by Loden to warm up her character (or any of the characters for that matter). Wanda is presented as the kind of alcoholic train wreck stumbling about on the street asking for change that most people would likely avoid if they crossed paths with.

Considering Loden was a one time pin-up model and Hollywood actress, long married to celebrated and successful filmmaker Elia Kazan (who also often revealed a political conscience in his work, albeit on a more comforting Hollywood level – while also eventually turning off almost his entire generation of cinematic peers who felt betrayed when he buckled under overwhelming pressure and began ‘naming names’ before the notorious House of Un-American Activities commission during the infamous 1950’s red-scare led by the reprehensible Senator Joe McCarthy), what a startling eye opener of a first (and unfortunately only) film this is. 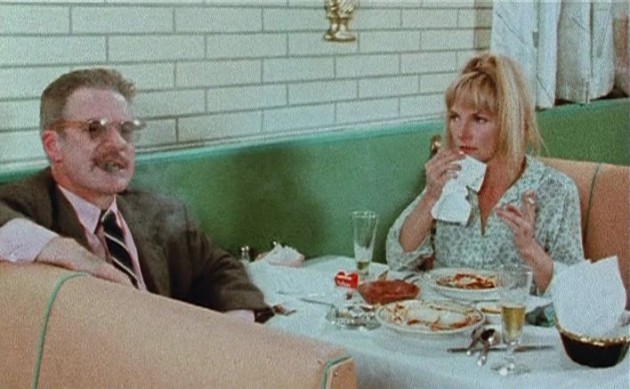 While I’m not in general the greatest fan of films going with a primarily handheld camera, this was still the 70’s, when that choice represented an admirable and direct political challenge to the status quo, and also spoke to an adherence to a ‘French New Wave’ alternative aesthetic (unlike by the 80’s to today, where filmmakers use it, more and more, whether they know it or not, in an effort to get around a lack of understanding of the formal nature of filmmaking, relying on the false notion that they can simply catch a sense of documentary verisimilitude through the ‘shaky cam’). And the instances where Loden does place the camera on a tripod to present powerfully evocative long still shots, such as characters walking across the endless, barren and dead coal fields, reveals she knew exactly what she was doing.

Wanda is a despairing film, following a damaged and even unlikeable character through a real world with little hope, yet it paradoxically remains a thrill to experience such an admirable artistic achievement by Loden.