Virgil Bliss once again demonstrates that engrossing cinema does not need multiple mega-trucks and trailers lined along closed off streets, with dozens of people milling about with cell phone in one hand and cigarette in the other. The digitally shot Virgil Bliss was made with a crew of three, in 10 days and on a budget that would not meet the craft expense on a big budget film, $7,000.00. It is not surprising that the touchstones for first time writer-director Joe Maggio are John Cassavetes, Ken Loach, and the Dogma 95 collective. The strength of this film is in the honest performances from the three principals, Clint Jordan in the title role of career criminal Virgil Bliss, Kirsten Russell as his prostitute lover Ruby, and Anthony Gorman as Bliss’ violent ex-con roommate Manny Alvarez. Maggio works within the confines of the low budget world by aping his mentor Cassavetes’ method of spending ample rehearsal time with his actors to allow them to grow into their characters and working through the dialogue with a process of improvisation which is then scripted and reworked. The result is that the film achieves an emotional depth above what would normally hold for its standard narrative and cliché characters. In keeping with the low-budget ethos, actors Jordan and Gorman perform double duties (along with singer Greta Gaines) as musical composers of the film’s effective original score of roots-based country-folk pop. 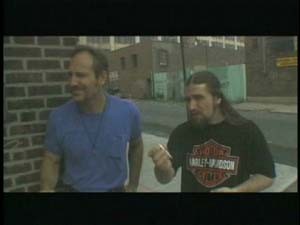 The plot concerns 39 year-old career criminal Virgil Bliss, who is released on parole after a twelve year sentence and who makes a genuine attempt to put his past behind him and lead a crime-free life. His resolve is immediately tested when he meets his half-way house room-mate Manny Alvarez, a volatile near sociopath who has no intention of ‘earning’ a living and becomes Virgil’s proverbial ‘bad influence’. Manny introduces Virgil to waif-like, heroin-addicted street hooker Ruby, whom the virgin Virgil immediately falls in love with. Bliss finds work as a janitor at a high school, but caught between the walking time bomb Manny, and the responsive yet conniving Ruby, it is only a matter of time before fate catches up with the tragic anti-hero, Virgil his-life-is-anything-but Bliss. 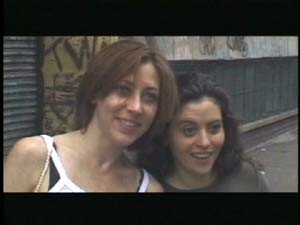 Clint Jordan is especially good as the muscular, soft-spoken Southerner who must adjust to the city trappings of Brooklyn (shot around the Williamsburg waterfront area of Brooklyn). The lumbering Virgil is a gentle giant harboring his own dark side. About halfway into the film we find out that Virgil was imprisoned for the near-death beating of a grocery store clerk who shot his cousin dead during a hold-up. In an intimate exchange with Ruby, Bliss describes the moment before the vicious beating that left the clerk comatose as ‘seeing white’ and losing himself in a momentary violent rage. The violent incident plants the seed of fate which the narrative inexorably mounts toward. The relationship between the naive Bliss and the street-wise Manny, along with Bliss’ Southern origins, recalls the great Midnight Cowboy, which Maggio acknowledges during the commentary track. But whereas Joe Buck (Jon Voigt) learns his lesson at the end of Midnight Cowboy, Bliss succumbs to the negative forces surrounding him and, emotionally, ends up where he started. 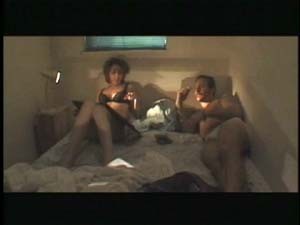 One of the ways that Maggio gets us to sympathize with anti-heroes Bliss and Ruby is by surrounding them with a host of unsavory characters, which is also a trademark of old-school Naturalism. Virgil’s burden is the unredeemable Manny, while Ruby is shackled by her emotionally and physically abusive pimp, who confronts Virgil at gunpoint and tells him that he must come up with $10,000 if he wants him to ‘free’ Ruby (shades of Taxi Driver no doubt). And both Virgil and Manny must contend with the bitter, hard-assed owner of their half-way home, who delights in bullying and goading the downtrodden parolees with cruel ‘talk therapies’. The price of $10,000 that the pimp sets for Ruby’s freedom functions as the plot point that forces Virgil into the position of having to accept Manny’s offer to hold-up a bank deposit. Virgil wants nothing to do with Manny, who has already sabotaged Virgil’s employment by telling his boss about his criminal past. But the robbery is the only possible way Virgil can come up with the necessary money to save Ruby. The robbery goes off well, and Virgil brusquely renounces Manny’s offer of criminal ‘partnership’, punching him in the face to underscore his intent. Virgil now has the money he needs to pay off Ruby’s pimp, but overlooks the mean-spirited vindictiveness of the jilted Manny. While Virgil pays off Ruby’s pimp and leaves to return home with the good news, Manny is already at Ruby’s trying to entice her with his hold-up money so that Virgil will find her in an uncompromising sexual position when he returns home. While Virgil nears the apartment, Manny keeps increasing his offer, and finally breaks Ruby’s resolve with $7,000. (Oddly enough, the exact amount of the film’s budget. Is it a coincidence or is Maggio making a crafty analogy between prostitution and what a filmmaker must do to get a film made?) 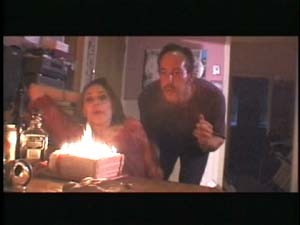 The film begins with no credits, in medias res, with a quickly cut montage scene of Virgil playing basketball in a prison court. The abrupt beginning sets up the film’s naturalist visual style of hand-held camera shots punctuated with zoom shots and jump cuts. This naturalist style holds forth for a good portion of the film, but oddly enough gives way to a more conventional shooting style as the film progresses. This more dramatically motivated shooting style culminates in the film’s final scene, where Maggio crosscuts between Virgil making his way home with good news about Ruby’s ‘freedom’ and the jealous, vengeful Manny about to sabotage Virgil and Ruby’s relationship. Director-writer Maggio initiates the crosscut scene with a clever edit from Virgil leaving the pimp, to a knock on Ruby’s door. We assume the person on the other side of Ruby’s apartment door to be Virgil, but are instead surprised by the unsettling appearance of Manny. The climactic beating of Manny is handled in a particularly expressive and ‘non-naturalistic’ manner, with quick cuts that rhythmically match the thrust of Virgil’s punches, and low, wide-angle deep focus shots that position Manny just below the frame line, Virgil in the right foreground and Ruby in the extreme left background. With these scenes what the film gains in drama, it loses in realism. 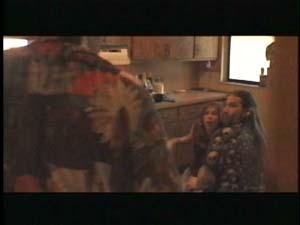 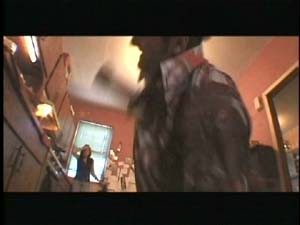 First Run Features DVD release is letterboxed at 1.85 and looks about as good as can be expected given the limitations of the quick shooting schedule and miniscule budget. Director-writer Maggio is the first to admit the film’s technical defects on the commentary track, pointing out the many continuity and lighting errors (flares, hot spots, etc.) which were accepted given the impossibility for reshoots and multiple takes. As he reiterates throughout the commentary track, the performances took precedence over such technical imperfections. And for the most part the viewer is not drawn to these errors. In fact one could easily argue that they add to the film’s rawness and grittiness. Special features on the DVD include a five page text outlining the film’s production history, a brief interview with Joe Maggio, a director biography, and the aforementioned director commentary track. Given that Maggio worked as an entertainment journalist before directing this first feature, one would have hoped for a more analytical commentary track. Maggio’s insights on characterisation, theme, or style are few and far between. Instead he prefers a breezy, anecdotal tone which concentrates exclusively on acting and production notes. Which is fine, only there is a limit to how many times one can listen to “how great” an actor was during such and such a scene, without any critical elaboration. On a minor (though annoying) note, throughout the commentary track we hear the sound of swallowing, most likely Maggio taking a swig of a drink in-between comments, and probably caused by bad microphone positioning. All in all, First Run Features should be congratulated for releasing this engrossing ‘loser’ character study, and for its continuing support of low budget features, documentaries, and other less commercially marketable niche products. 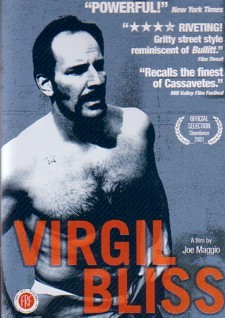