The Tragic Hero as Drifter in Yoji Yamada’s Films

Yoji Yamada is a Japanese film director known outside his country mainly for his “Samurai trilogy”: The Twilight Samurai ( Tasogare Seibei , 2002), The Hidden Blade ( Kakushi ken oni no tsume , 2004), and Love and Honour ( Bushi no ichibun , 2006). The Twilight Samurai , his biggest international success,was nominated for the Academy Award for Best Foreign Language Film. He has also made other popular films like A Distant Cry from Spring ( Haruka naru yama no yobigoe , 1980) and Yellow Handkerchief ( Shiawase no kiiroi hankachi , 1977). But the main source of his popularity in Japan may be attributed to the film series called Otoko wa Tsurai yo (“It is hard to be a man”). The series is centred on the character of a likeable itinerant ne’er-do-well called Tora-san. Produced between 1969 and 1995, there are 48 films in total, and the Tora-san series holds the record for the longest running film series starring the same actor (Kiyoshi Atsumi). 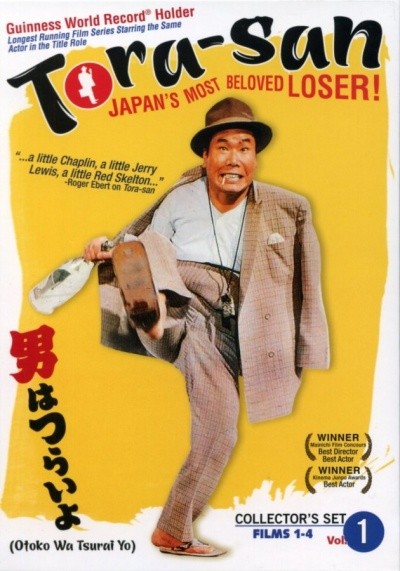 Yamada features a tragic heroic drifter in several of his films. In Japan, this type of character is not typically a negative character. Traditional Japanese mythical tales often feature such heroes. Taking his cue from this, Yamada also employs the drifter character in A Distant Cry from Spring and Yellow Handkerchief . This serves to critique the mechanical application of social norms and the mindless acceptance of a workaholic culture in contemporary Japan, where there is hardly any room for individuality. The foregrounding of individual characters’ whimsicality in Yamada’s films underscores the importance of the strong sense of personal independence that is impeded by “modern” work culture. Such characters therefore resist the mindless nature of a new culture that is devoid of nostalgia and only values success. In Yellow Handkerchief , veteran star Ken Takakura plays a mysterious figure. He talks sparingly, offers no proper introduction and carries almost no luggage. We later discover that he is an ex-convict, just freed from prison. He takes a road trip to Hokkaido with the other characters of the film. Depicted as a man out of tune with social norms and of a gruff disposition, he has essentially become a drifter. He is afraid that society will reject him because of his past, and therefore wanders aimlessly in search of stability. During the journey that follows, he is revealed to be a man of stern and honest character, misunderstood and feared. Ashamed of his past, he ultimately redeems himself by helping others selflessly. In A Distant Cry from Spring , Takakura returns in the similar role of a man with a dark past. Once again, he is a drifter, never settling down in one place for long, but this time he is an escaped convict. He is shown to be a hardworking man ashamed of his past and uncertain of his future. He eventually finds love and gives himself up to the law, redeeming himself and being offered a sliver of hope. He is loved, and forgiven. In both films, the central character is a man who had committed a crime in a fit of passion resulting from righteous anger. On both occasions, he is deeply ashamed and guilt-ridden and performs selfless heroic acts to gain redemption, even at the cost of his own freedom.

Yamada’s hugely popular film series Otoko wa Tsurai yo is also centred upon the character of a drifter, in this case Tora-san (or Torajiro Kuruma), a drifter with a heart of gold. He is haunted by the fact that he was born out of his father’s illicit relationship with a geisha . Yamada’s drifter characters are usually lonely men, misunderstood by their friends, neighbours and strangers. Tora-san conforms to this pattern. It is no wonder that Charlie Chaplin’s tramp is adored in Japan. Not unlike Chaplin, Tora-san manages to find joy through sadness. Both are stuck in an “eternal childhood.” They are sometimes childish and illogical in their behaviour, yet immensely kind-hearted and loving. Chaplin’s tramp, like Tora-san, gets into silly fights and arguments quite regularly with those around him. Yet, when it matters, both Chaplin and Tora-san can act with the purest of hearts, untainted by dishonesty and pettiness. It is this quality that film critic Roger Ebert noted in his review of The Twilight Samurai , describing Tora-san “a little Chaplin, a little Jerry Lewis, a little Red Skelton” (Ebert). 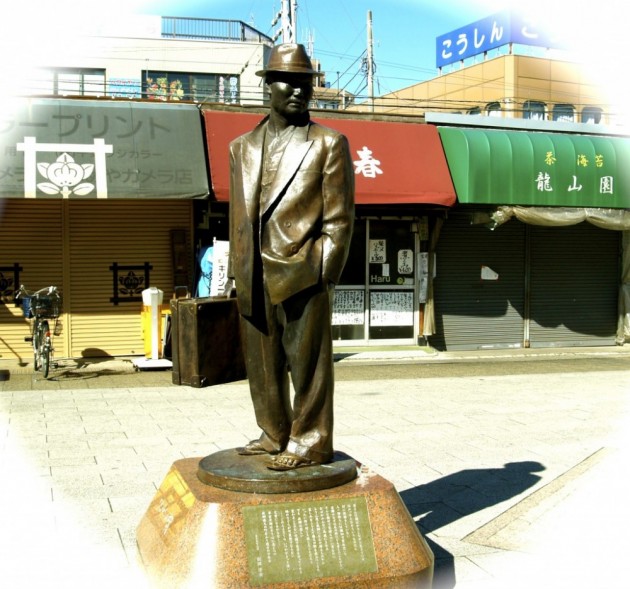 Statue of Kiyoshi Atsumi as Tora-San outside Shibamata station.

Tora-san comes from Shibamata, a temple town located in a Tokyo suburb. Traditional family values still exist there. He has an uncle, an aunt and a sister, all of whom love him unconditionally. Wherever he may be drifting, he has this family and hometown as constant reference points. Even when he is away from home for a long time, he keeps himself informed of what is happening there. In the first film, Tora-san, Our Lovable Tramp ( Otoko wa tsurai yo , 1969), he returns to Shibamata after twenty years. The onset of spring, as he observes, reminds him of his roots. On his return, he nostalgically visits his childhood haunts. He meets familiar figures, like the priest, and easily revives the warmth of the old days. He quickly joins a passing ritual procession. This is the culture he grew up with and the film suggests that he remains very much in conformity with Japanese tradition.

This is where he is different from Chaplin. Unlike Tora-san, Chaplin’s tramp has no roots, no family. Tora-san, on the contrary, loves his family, yet refuses to be bound by familial or societal expectations or norms. Tora-san returns home in each film, even if only for a short while. He longs to belong, yet seeks escape once the shackles of social expectations threaten his freedom. He has no more than a perfunctory education and often gets into drunken brawls. Yet he is honest to a fault, and selfless in helping others even though, more often than not, his acts of sacrifice go unrewarded. He usually ends up alone, doomed to roam the streets of Japan with a broken heart. 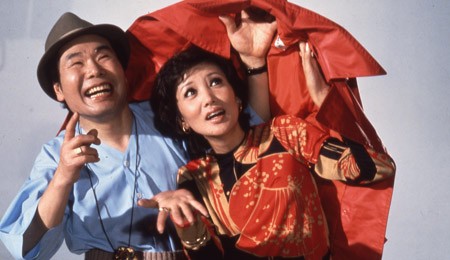 Tora-San with Ruriko Asaoka, one of the most popular “madonnas” in Tora-San Meets the Songstress Again (1975).

He is the quintessential Japanese tragic hero. In The Nobility of Failure: Tragic Heroes in the History of Japan , Ivan Morris offers the examples of tragic heroes like Yorozu, Arima no Miko, Sugawara no Michizane, and Minamoto no Yoshitsune as figures who, typically, fail to accomplish their goals, but not for want of sincerity and selflessness. Above all else, they remain true to their ideals in the face of unavoidable defeat. Tora-san pursues love in every film, knowing well that it will almost certainly end in disappointment. He helps others fully aware that it will cause him only grief. He gives away without hesitation what little money he has to people in need of help. He is often thoughtful, and appreciates the fleeting nature of life. He is a hopeless romantic, doomed to be jilted throughout his life. Always traveling, always helping others, he is a hero who fails to fit into society. He is funny in an unusually unassuming way – his humour underscoring the freedom human society has lost touch with.

In Tora-san, Our Lovable Tramp , Tora-san single-handedly ruins the prospect of his sister’s marriage with a “desirable” boy. This, however, turns out to be for the best, as his sister now finds a proper match in a boy who works in a factory, but really loves her. Yamada’s satire of class hierarchy and the constructed nature of “propriety” is gentle, but scathing. Tora-san’s complete lack of pretention and dishonesty is contrasted with the artificial behaviour of the intended groom’s family, who prefer to arrange meetings over lunch in an expensive hotel. This societal trend of deciding personal or social issues in an impersonal space like a hotel instead of in the intensely social/domestic space of a home was clearly intended as a reflection, and critique, of the gradual replacement of traditional Japanese culture with a modern, corporate one.

Tora-san has experienced sorrow and suffering, and therefore immediately recognizes when a person is in pain. He travels throughout the country (each episode takes place in a different region of Japan), and wherever he goes, he makes friends. He even visits Vienna and Arizona in two of the later films. Particularly in the early years of the series, this contrasted with the lives of the Japanese middle and working classes, who rarely had the time, money or freedom to travel or fulfill their dreams. He symbolizes the desire of the Japanese middle class “salaryman” to be freed from the shackles of societal expectations and responsibilities. He is not an “everyman,” but he is perhaps what every Japanese man secretly longed to be in the increasingly modern, fast paced and unrelenting world. The director of the Tora-san series, Yoji Yamada commented:

Tora-san arrived on the screen when anything was possible if you worked hard enough, and people were forward-thinking and full of energy… A penniless, comic anti-hero, Tora-san lacked good looks and smarts (sic) and remained oblivious to the country’s modernization, living solely to bring happiness to those he loved (Yamada).

Yoji Yamada always manages to maintain the balance of comedy and drama in his work. Most of his films fall into the Japanese genre known as shomingeki , or “tales of everyday folk”. The editing is cleverly done to extract the most emotional response from the viewer, yet never crossing into the territory of cheap melodrama. Music is also used moderately to achieve this effect. His protagonists typically have an immense respect for nature, which is reflected in the long, sweeping shots of beautiful panoramas that are common in his films. There are lush green valleys or beautiful mountainside villages in almost all of the Tora-san movies. These nature scenes are slow and languid, giving the viewer time to appreciate the places. The Japanese aesthetic quality of mono no aware (an awareness of the pathos of things) permeate Yamada’s films, most noticeably in the Tora-san series, where this sadness brings out a sweet longing. Tora-san never manages to marry. He is bound to live a drifter’s life to the end, always travelling and carrying a burden of loneliness and longing for love and family. Because of this drifter’s path of loneliness he comes to appreciate the value of family and love, allowing stay-at-home Japanese viewers to enjoy the fantasy of the rootless life, but end up reassured they were right not to become a drifter like Tora-san. This aesthetic value of mono no aware, this bittersweet experience portrayed in the films, is perhaps common in all cultures. Dave Kehr writes that “Tora-san is the man who upholds tradition by living outside of it, who celebrates home by remaining homeless.” 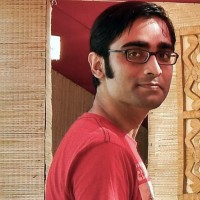 Hiranmoy Lahiri is an independent scholar who studied video editing at Kolkata Film and Television Institute, West Bengal, India. He is a Postgraduate in English Literature. He has published articles in Indian national daily The Statesman, Women Exclusive, The Asia-Pacific Journal: Japan Focus, Offscreen, Flickside, Publiknama and Asiatic: IIUM Journal of English Language and Literature.