“I’m cold. What’s the matter with that sun. There’s no heat in it.”

While I’ve known for a long time that this film existed, with the main selling point Burt Lancaster in tight swim trunks, his impressive physique on display (certainly for a dude deep into his 50’s), I always had the idea it was some star vehicle for an aging star, playing a fading Olympic swimmer in his last competition or some such thing, the kind of film that I wasn’t particularly driven to check out… so after finally catching up with it under the recommendation of Monsieur Spurrell (I missed the actual Cinéclub screening night for the film, so he was kind enough to set up a second one at the film headquarters for loyal members such as moi)… I stand humbled and corrected. 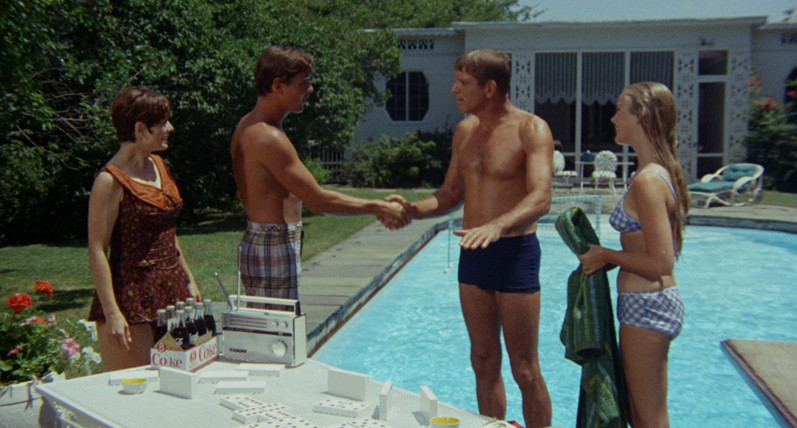 Ned Tannen (Lancaster), fit and tan, appears unexpectedly at the affluent property of a well-to-do couple (acquaintances of his) to dive majestically into their swimming pool, then, in discussion with the pair lounging about on the deck enjoying cocktails, he concocts his plan — to swim a series of the backyard pools of each of his rich neighbors, with the journey allowing a kind of ‘river’ back to his own house (and the awaiting tennis courts, he insists, where his daughters are playing), allowing Tannen, as he states, ‘to swim his way home’… however, as he moves along on his self-created odyssey, dropping in at each home, a slow harshening turn takes over the balmy sunny day, and cracks begin to emerge in Tannen’s armor of odd euphoria, with darker realities – of resentment, distrust, lies – poking their way through… 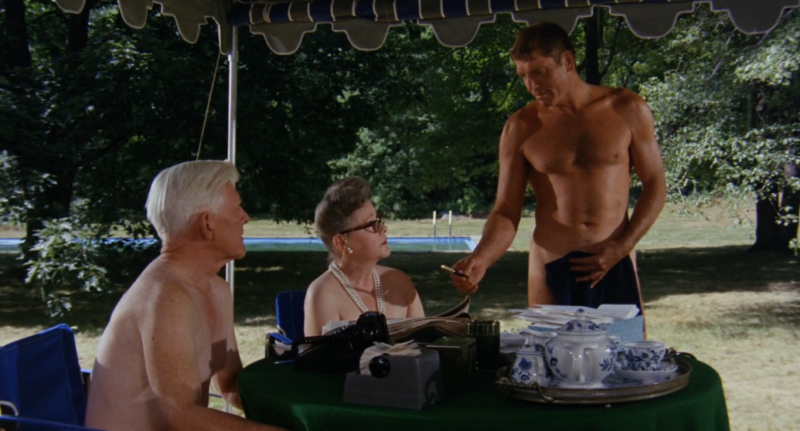 With Tannen’s travels between the built-in pools of the manicured estates filled with all sorts of oddly angled and quasi-surreal shots of the natural beauty of the dense woods around him (when not capturing him racing horses and jumping competition log fences in slow motion, that is), the oddness of the film reveals itself as parable, one shot in a most daring experimental style. It not only provides a scathing critique of the rich elites, exposing their hypocrisy and desperate desire to live behind illusion, at the same time, by incongruously mixing in much of the glossier elements familiar to traditional Hollywood (a bombastically full orchestral score, the focus on a Hollywood superstar), it also acts as a sly commentary on how the epic myth-building of big-time studio filmmaking enables delusion and conceals reality, as much as Tannen himself will be revealed to have been doing (the difference being that Tannen crumbles under the weight of his lies).

With our introduction to Tannen, emerging as if born from nature itself (in fact, we’ll learn it’s more he’s desperately attempting to be re-born), barefoot and barely dressed, I can only imagine that if director Frank Perry had his druthers, he’s have had him materialize in the purity of full nakedness, like something out of another even more surreal (also deliberately Christian) parable, Theodore Sturgeon’s “Godbody”. Of course, feature-length frontal male nudity has never been in the Hollywood cards, so Perry did what he could, including a scene of shooting Tannen naked from behind, evoking as much as possible the idea of Tannen doing his entire swimming voyage donned in merely his birthday suit. 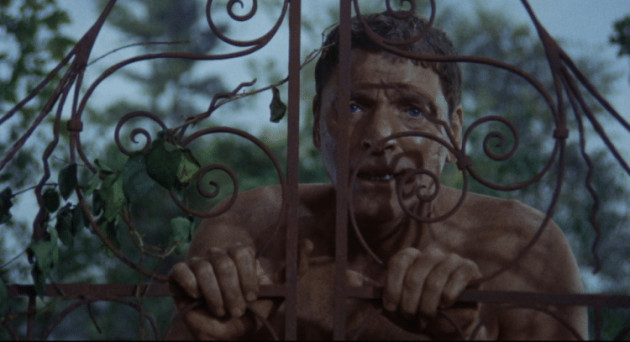 Tannen, we will discover, is a recently ‘fallen’ ad exec (props to Phil for using that term ‘fallen’ which I’m stealing herein as it works so well), now shunned and unwanted by those who were once acquaintances, with them seeing him now as a far too uncomfortable display of the fragility of their affluent stations (and yet still beneficial if just as someone who they can project their own sins of privileged behaviour upon). He swims the ‘cleansing waters’ of the constructed pools, while ironically surrounded by natural non-chlorinated rivers just outside the manicured lawns and rich estate. By the end (SPOILER ALERT! SPOILER ALERT!), with his tumble from grace complete, Tannen a broken man, lying defeated before the reality of his abandoned home and the disrepair of his tennis courts, as the fierce, deliberately overtly theatrical thunder and rain crash down upon him (as someone pointed out as I wasn’t quick enough to catch it on my own, the image of a cross is carved in the front door that no longer grants him entrance), he is revealed; cast out, his tragic flaw of continuing to attempt spiritual elevation through materialism, he is destroyed. He is an absurdist Christ figure for the spiritually shallow rich (unlike Sturgeon’s Godbody, who really is a saviour, one who teaches spiritual advancement through unfettered carnal freedom and true intimacy).

The Swimmer turned out to be a hell of a lot more exciting than the traditional sports movie I was expecting, that’s for sure. I clearly should have known better though — if I had bothered to check the credits I would have noted it was a collaboration between filmmaking power couple Eleanor and Frank Perry, who managed six noted films together, including Diary of a Mad Housewife, none of which I’ve seen but sound right up my alley (now even more so after seeing this film). It might have been a box office failure at the time (it tickles me to imagine the audiences settling in to find their expectations entirely confused with Lancaster playing an unlikable man going mental amongst the petty rich… I mean, let’s put it this way, this ain’t no audience-pleasing Lubitsch-era sophisticated romp amongst the charming elite from the Depression era, that’s for sure! – and major props to Lancaster for taking on the role… though I do wonder if he quite knew what he was getting into, as he was famously temperamental during the making of the film), yet it reminded me again of what a turning point the year 1968 was in cinema.

While the huge critical and box office success of Arthur Penn’s Bonnie and Clyde (1967) is traditionally credited for propelling Hollywood into the daring and auteur-driven decade to come (that one we all know as the last Golden Age of Hollywood), take a gander over at what those rebelliously-natured intellectual Perrys were doing with films like The Swimmer, or at John Boorman’s color-laden experiment in brutal neo-noir Point Blank (1967) to understand that something pretty great was crystallizing all around the movie-making scene; it was a shift in the zeitgeist, one that would eventually lead to, for a brief decade anyway, the inmates (i.e., the eccentric artists) running the asylum (i.e., the Hollywood studios). And the bold The Swimmer, while not as celebrated, stands right there at the forefront of that movement. 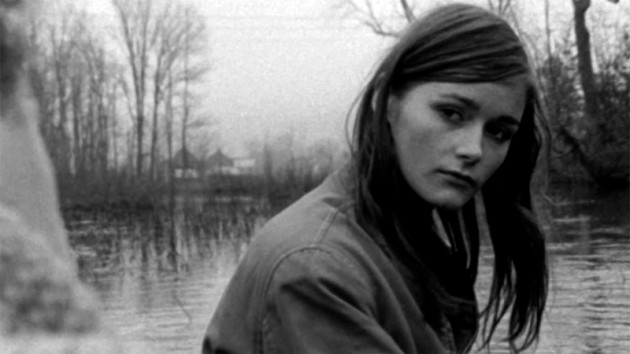 As per usual for screening nights chez Cinéclub, a surprise cinematic appetizer preceded the feature, with this one a weightier one than usual (chiming in at 49 minutes). The Canadian-created The Best Damn Fiddler from Calabogie to Kaladar focuses on the family of an itinerant bush worker (Chris Wiggins), living deep in the woods, struggling to make ends meet, with the patriarch, a caring yet taciturn family man, deeply stubborn, refusing to admit he has some serious health issue going on no matter how his family and few friends push him to have it checked, while also having too much pride to accept the government handouts that would be a big help to him and his family.

Shot in black and white, in verité style, capturing a sense of realism amongst a struggling working class poor milieu, The Best Damn Fiddler might have come out the same year as The Swimmer, its setting (and aesthetic) take us to the complete opposite side of the tracks. For a film shot in the middle of not particularly beautiful woods, the filmmakers manage some quietly resonant imagery. The story itself is full of nicely captured truthful moments, revealing an understanding of the subjects, such as when the town dance hall evening descends, after lots of drinking (the main sport amongst the town’s men), into an expression of the hidden frustrations the town struggles with daily… namely, mindless brawls break out amongst the men, many who are friends, with the reactions of the inhabitants giving the sense that this isn’t exactly a rare occurrence at these kinds of get togethers. 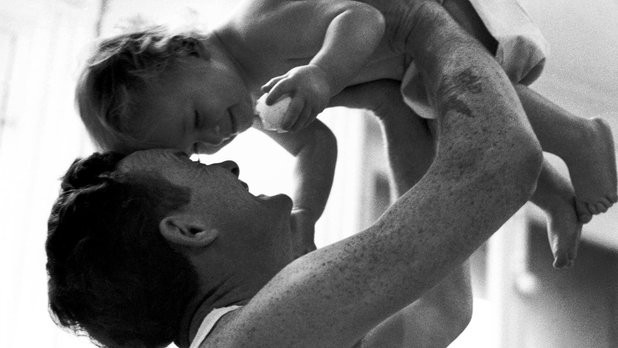 A very young and natural Margot Kidder makes a welcome debut as an eldest child in the family, clandestinely sleeping with her father’s drunken best friend (a man much older and without much charm, but, what the hell, she’s a horny kid and her choices are extremely limited, to say the least), one who not only pines for an existence outside of a small cabin so overstuffed with family there is barely room to breathe (a desire for escape her father can’t quite understand, beautifully realized in a conversation between the emotionally distant two as they fish on their small pond together) but who we watch as one of the rare ones to actually escape, moving to the nearby city getting a job as a telephone operator (yep, one of those fascinating jobs that existed a long time ago). 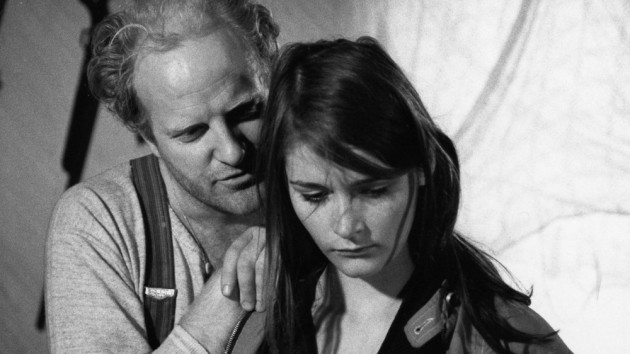 The impossible title of the film clearly wasn’t the most commercial of choices, yet in a story that casually presents, at a random moment, the fiddle-playing of the main character, it works perfect artistically, as not just tongue-in-cheek undercut (you can almost hear Kidder’s rebellious daughter sarcastically describing her father in just those terms to her city friends) but as poignant reminder of the potential and abilities of so many that the world will never know, or see, except when movies like this brought them to our attention.

Presented in a way that never (over)states, yet instead simply shows, The Best Damn Fiddler is an evocative portrait of an ignored underclass, one that it used to be much more common for films to explore. It felt extremely fresh to see it, especially in these deeply propagandized times in which the working class and the poor have become stigmatized and demonized, almost en masse, as deplorables (why, there was even a leading presidential candidate who referred to them a few years back as a ‘basket’ of that very thing) by the leading establishment.