“There was a freshness and innocence about her. An almost disconcerting blend of sexual maturity and childish naivety that touched my world weary heart and effaced the age difference between us.”

-dialogue from Bitter Moon (why, you can just feel that imp Polanski, devilish mockery glinting in his eyes, winking at us from just off-screen)

Well, that worked out nicely. Another of those completely unplanned quasi-double features during my latest sojourn to the Big Apple, with the two films seen in a row, in separate rep venues on the same day, ringing with all sorts of thematic similarities, in this case, both rich with cruel sexual perversities and cheekily sadistic attitudes towards the destruction of the rich (though, to be fair, the poor don’t fare so well either), making them a more than interesting pairing to contemplate together (I went on to see a midnight movie that night -– a brilliant French animated one, deservedly much-celebrated, that I’d been meaning to catch up with for a very long time -– but more on that one in a later post).

It’s two exiled filmmakers, both having fled the States (one director for reasons horribly unjust, a victim of the rancid Hollywood blacklist, that fascistic censorial agenda that stemmed directly from a red-baiting Cold War propaganda scam that alas has found new traction, with hysterical claims of ‘evil Russia’ becoming all the rage yet again of today’s military complex and the easy sheep populace that lap up whatever is told to them, the other director for reasons –- well -– a tad less justified, especially so if you’ve ever read the transcript of his crime… and, eeghads, it ain’t pretty), presenting the pitchest of black tales (though with each vastly different in flavor and tone, and hue, as well, with The Servant entirely lacking any, having been shot in black and white, which was still popular in Britain at the time, especially for those cool-io modster films, of which The Servant definitely fits the bill) of the lower classes, with all the shame and resentment that comes with their station (at least as presented so deeply and evil-ly in The Servant, less so in Bitter Moon, in which Peter Coyote’s unpublished frustrated American writer and his out-of-work dancer girlfriend, played by Polanski’s long time muse Emmanuelle Seigner, still manage an absolutely phantastical existence in Paris, living in one of those purely romantic rooftop style apartments that very few mere mortals can afford, certainly not the gainfully unemployed – then again, the whole ‘Paris’ story might be bullshit anyway, mere exaggeration by which the wheelchair-bound, repulsively decrepit Coyote character can hold the upper-stationed Hugh Grant character enthralled with his tale of absolute train wreck lust and love) inculcating, toying with and decimating the lives of the idle rich they so despise (yet desire). 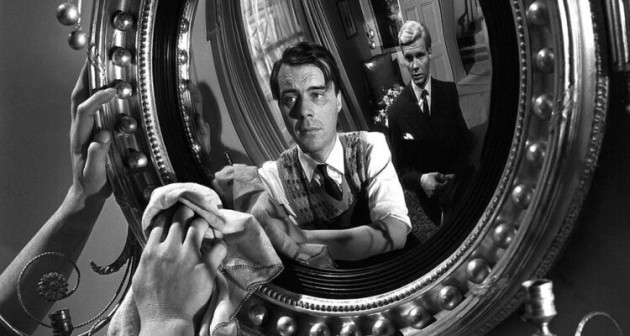 I’d call them both perverse and darkly comic films… yet I wouldn’t say there’s a single laugh to be had watching the Losey film (his cold vision of the class penetration is so dark and despairingly repressed, told in such uptight English ‘Pinter’-fashion, I only really registered it as in any way comedic after the screening, on my walk over to the Metrograph on the way to Bitter Moon, in which the overwhelming bile dripping from the characters in the film had dried up a bit and I could recognize the cheeky quality to the whole enterprise)… while it’s almost impossible not to laugh, somewhat aghast, during the Polanski film, with the director’s cheerfully in-your-face imagery so absurdly sexually perverse and over-the-top nuts, it’s simply infectious, even when he’s delivering Woody Allen-like lines like the one I started this whole thing off with, a bit of narration so determined to offend, yet so resonant to this fellow aging white man, I couldn’t help but find it endearing; while I do not forgive his terrible crime, I gladly and freely follow the musings of this giant artist to his highest (or lowest, depending on how you look at it, this film in particular) heights, no matter — or perhaps directly because of how unrepentantly shameless he allows his artistic musings to go. 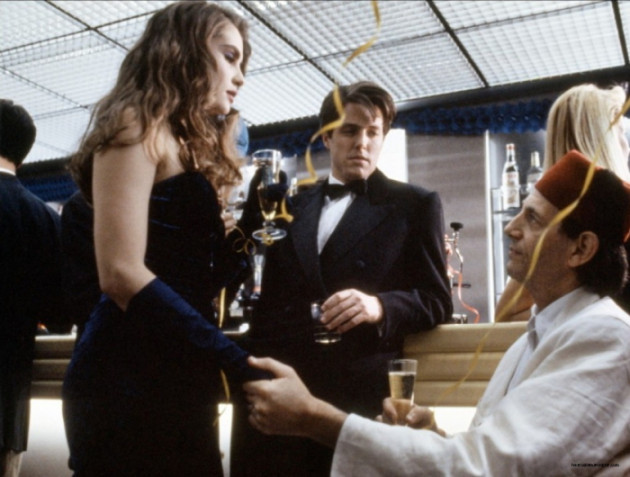 The Servant is (Brit) cold, yet fascinating; psychodrama, through and through. Bitter Moon, on the other hand, is indulgent spectacle, sensual and wildly erotic… in other words, it’s gonzo. While it feels like Losey is distantly observing (in that very Pinter-esque, and eventually Dirk Bogarde-esque, style) what he’s shooting (in a perfect alignment of director/author/actor by the way), we get the sense that Polanski is living (or has lived) his vision of erotic shame, sadism and masochism (which, in his case, actually led to a crime). Polanski’s film feels much more personal, both in the ways of the main relationship presented (the younger woman/older man dynamic feels a lot like a Woody Allen relationship, only boosted way up on methamphetamines) and in his attitude towards degrading the bourgeoise ‘safe’ —and judgmental — pair (I mean, Grant and Kristin Scott Thomas’ couple might remain intact at the end —in fact they’re presented as the only real survivors out of the entire double feature— but can they ever really overcome all they’ve learned about each other on this little holiday cruise together — I mean, they’re likely either gonna open up to a whole new liberated way of approaching their relationship, or they’re over as soon as they touch coast). 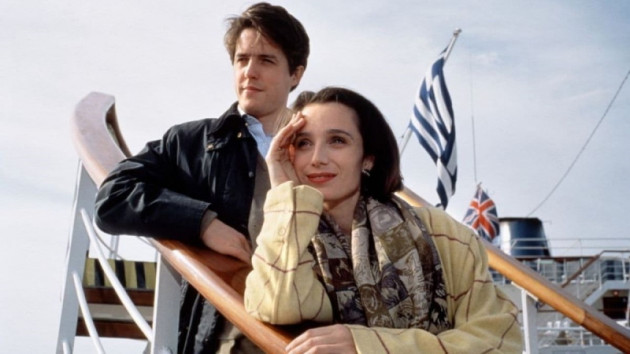 Both films take place in relatively confined quarters (The Servant in the rich quarters of a posh London townhouse, Bitter Moon on a holiday cruise), with a wide plethora of exceptional actors and two fine filmmakers helming (Polanski being inarguably one of the greatest filmmakers ever, and Losey a truly exceptional one as well, one of my absolute favorites in fact, whose career only grew better after his exile —who knows, getting kicked out of the States might have been the best thing to ever happen to him, professionally anyway).

A simply wonderful, cheeky, disturbing, hilarious, grotesque, perverse and dark double feature. Just like I like ‘em. Like I love ‘em, in fact. And, kudos to the usually uptight and over-privileged Metrograph film student crowd, as they actually laughed along with Bitter Moon, at the correct moments, without the usual wild derision reserved by them for any films made more than a decade ago that doesn’t fit their rigid cultural norms. For once, they got it right. Yep, that devilish dialogue from Woody above (I mean, Roman) is very revealing… and very amusing.