While the name of Toshiro Mifune is closely linked to that of Akira Kurosawa, one often forgets that it was with Hiroshi Inagaki that Mifune enjoyed the longest collaboration. Mifune appeared in 20 of Inagaki’s films, and it would be no exaggeration to say that Inagaki contributed as much as Kurosawa to Mifune’s superstar image.

Stephen Prince calls Inagaki one of the inventors of the samurai film and gives him primary credit for building Mifune’s samurai persona (Prince). Eighteen of Mifune’s films with Inagaki were jidaigeki (period films), filled with action, drama, and a good dose of chanbara (swordplay). These films are good entertainers and some, such as the Academy Award winning Samurai I: Musashi Miyamoto (1954), are visual treats. In Japan, Inagaki’s films were often blockbusters and he was considered by the studios as a bankable director. Yet, I would say that Inagaki is a metteur en scène as he rarely leaves his directorial imprint in his films. The usual Inagaki film is a formulaic jidaigeki, with predictable characterizations, relations and sequences. His approach to history is, to use a Nietzschean term, ‘monumental’, that is, it tries to be a loyal cinematic reproduction of great personalities (Miyamoto Musashi) or events (the plot of the 47 ronin), while auteurs like Kurosawa and Masaki Kobayashi take a ‘critical’ approach to history that even probes the subjective narrating of history itself. But this should be no reason for dismissing Inagaki’s oeuvre.

Mifune usually is a single warrior in Inagaki’s films, often with no family, on a quest for physical and mental self-perfection. Undefeatable in single combat, Mifune as samurai embodies bushidō, the code of the Japanese warrior. Though Inagaki does not aestheticize violence, his jidaigekis with Mifune are homages to the Zen martial tradition and convey a simple nostalgia for the values of the ideal samurai.

Rickshaw Man (1958) was an unusual Inagaki-Mifune collaboration. The film was not a jidaigeki but a gendaigeki, a film set in ‘contemporary’ Japan. Released in Japan as Muhomatsu No Issho (Life of Wild Matsu), the film would go on to win the Golden Lion in 1958. Rickshaw Man is a compelling family drama with elements of social critique that is usually absent in Inagaki’s staple fare. Without chanbara and without any racy action sequences, Rickshaw Man is still an engrossing film from the first shot onwards.

The film is set in the town of Kokura, Kyushu in early 20th century Japan. The opening shot is of a crowded street, indicating that this film will not be about heroes but common people. A downward diagonal crane shot brings us to the inn where the lead character played by Mifune will be introduced. A Japanese police officer comes in search of Muhomatsu, or Matsu the Wild. Matsu has returned to the inn after a brawl in a nearby town, injured and hot tempered. The inn-keeper lies to the officer that he is sick. The officer informs her that Matsu had a fight with a swordsman and lost badly. Considering that in most other films of Inagaki, Mifune is shown as a masterful swordsman, in about five minutes into Rickshaw Man, we know that this is not the usual Inagaki-Mifune affair.

Matsu is a rokosha (rickshaw man) with a rebellious streak. Inagaki uses almost the first 20 minutes of the film to establish Matsu as an affable rowdyish character – something like Kikuchiyo from Kurosawa’s Seven Samurai (1954), but without the sword. In a humorous sequence, Matsu trashes up several men for not being let into a theatre for free. However, he also immediately repents when an elder gentleman chides him for his behavior. Matsu is thus an immensely likeable and tamable creature.

In the wake of Japan’s 1905 victory over Russia, Matsu meets Toshio Yoshioka, son of army officer Kotaro Yoshioka and Yoshiko Yoshioka, played by Mikio Naruse favorite Hideko Takamine. Toshio is injured during play and Matsu takes him to his mother. On her request, Matsu takes Toshio to a doctor, but refuses to take his fare. Admiring his good nature, Kotaro invites Matsu for dinner. When Matsu steps into the house, Kotaro falls ill and dies a few days later. At Kotaro’s funeral, Yoshiko appeals to Matsu to be a guardian for her son and ‘teach him how to be a man.’ Matsu steps into the role and replaces Kotaro as father. One might be excused for attempting a Lacanian reading of the paternal function here, where Matsu as the second father fulfills the role of the Name of the Father in helping Toshio to socialize and ‘be a man.’ But Matsu can only go so far. The social law that Matsu helps Toshio socialize into also limits Matsu’s own influence.

Rickshaws are a common mode of public transport in Asia. In the Tamil region of South India, the word ‘rickshaw’ is considered part of the Tamil vocabulary, though it has its origins in Japanese. Hand-drawn rickshaws, like the one used by Matsu, and cycle-rickshaws used to be a common sight until recently when they were replaced by the motorized autorickshaws. One of the most popular superstars of Tamil cinema also played the role of a rickshaw man – M.G. Ramachandran in Rickshawkaaran (1971). But in this film, the rickshaw man-hero fights villains, defends the law, and courts a woman from an affluent family. Contrary to reality, where rickshaw men are part of the working class with little hopes for social progress, one of the illusions crafted in Tamil cinema is this idea of the heroic individual subaltern male being able to successfully integrate himself within society and the system of capitalism. Inagaki’s film on the other hand is almost social realist in nature. The rickshaw man takes his passengers from one place to another, but he remains in the same location. Matsu helps Toshio move in society, helps him become a man, but remains an outsider. As he matures, Toshio resents being called ‘kiddo’ by Matsu in front of his friends. As Toshio leaves for his graduation, Yoshiko instructs Matsu to not call him a kid and to refer to him as Yoshioka san (Mr. Yoshioka). Matsu is embarrassed, but accepts since he knows his position.

Like his samurai roles in the other Inagaki films, Mifune’s character has no family here. In fact, Matsu has no other woman in his life, and is wholly dedicated to the interests of the Yoshioka family. A drunk at the inn where Matsu frequents wonders if Matsu is attracted to the widow Yoshiko, but the innkeeper chides him. But Matsu has such thoughts, which prove fatal for him later. After Toshio leaves, a friend suggests that the aged Matsu marry at least now. At an inn, he sees a poster of a woman that reminds him of Yoshiko. He takes it and keeps it at home, hiding it from the real Yoshiko when she visits. Toshio returns to the town an eligible bachelor who is to be married. Matsu, in a display of skill, plays a special drum beat to entertain Toshio and his friend at a carnival. Drumming is announcing in public. But the scene that follows takes place in private. That night, an old Matsu confesses to Yoshiko, who has not aged at all, that he has ‘impure thoughts’ and runs away. Years later, a lonely Matsu gets drunk and dies in the snow, reflecting on his memories with Toshio and Yoshiko. It is later revealed to Yoshiko that Matsu has treasured the little gifts given by the family and has saved a sum of money for Yoshiko and Toshio. Matsu stepped in as a father, acted as a father, and even sacrificed as a father. But he cannot actually be Toshio’s father. He is only a rickshaw man.

The wheels of a vehicle are the tools that assist movement in space. In the film, Inagaki uses close shots of moving rickshaw wheels to show transition of time as well as memory. Wheels are used to show the movement of years between Toshio’s growth, Matsu’s aging, and his eventual self-imposed loneliness after his confession to Yoshiko. As he lies dying in the snow, shots of his memories with the Yoshioka family are juxtaposed with shots of moving wheels. When the wheel stops, so does Matsu’s life. The wheel with spokes also has significance in Buddhist tradition, which can mean the cycle of life. The wheel can indicate a higher wisdom that understands becoming and dharma, the universal law. In some perspectives on the meaning of the wheel, there can be a deterministic, perhaps even a fatalistic approach to life, in that the wheels set in motion will lead only to a certain destination. From the point where Matsu first picked up Toshio in his rickshaw, the wheels of time led him to his lonely death in the snow. 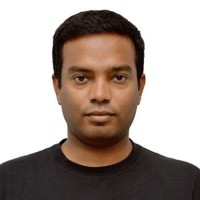 Karthick Ram Manoharan is Marie Sklodowska-Curie Research Fellow at the University of Wolverhampton. He is the author of Frantz Fanon (2019) and co-editor of Rethinking Social Justice (2020). He has written several movie reviews but is always awed by the new things he learns from cinema.