Four shorts covering twenty-five years of the not-particularly prolific animator (not that I blame her, a ton of painstaking effort must go into the creation of each of these garish and bold cels), with most of it being, I guess you could say, oft-erotic odysseys into swirling surreal landscapes; a large cucumber floats over a couple making love in bed, a cartoon mouse ashtray comes alive, travels through a blazingly colorful rainforest of tripped-out flora and fauna, only to return and save the soul of the despairing woman who keeps putting out cigarettes in it (moving from the colorful jungle-scape back to an evocatively shadow-filled noirish urban setting), asparagus acts (in the most wildly tripped out and sexually explicit of the shorts) as both literalizations of defecation and the phallus (with a woman taking it all the way in her mouth – only to have it re-form each time it goes in and out to things such as an accordion-flopping something-or-other, then to an endless variety of pills), with the woman putting on a mask before she leaves her home. 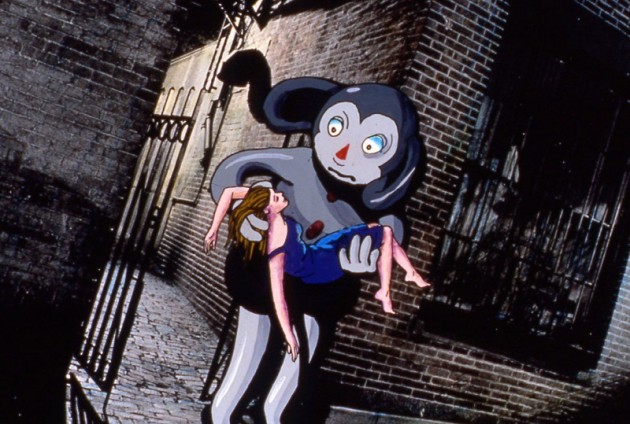 Another entry in the DeuXX film series and another introduction to a film and/or female filmmaker I had no idea about. Pitt’s work (I guess following I’m assuming a mandate of the series) comes across to me as definitely feminist in nature, brilliantly constructing a whimsical (and beautiful) approach to dealing with the most difficult of emotional terrains (sex, depression, death).

The imagery all throughout is appropriately hallucinatory (it was making me wish I had gotten stoned before I went to see it) but I did find, a little more than halfway through the third short “Joy Street”, my mind wandering a bit, with me wishing for a bit more narrative structure to hold the little ashtray mousketeer’s journeys into the absurd together a bit more. 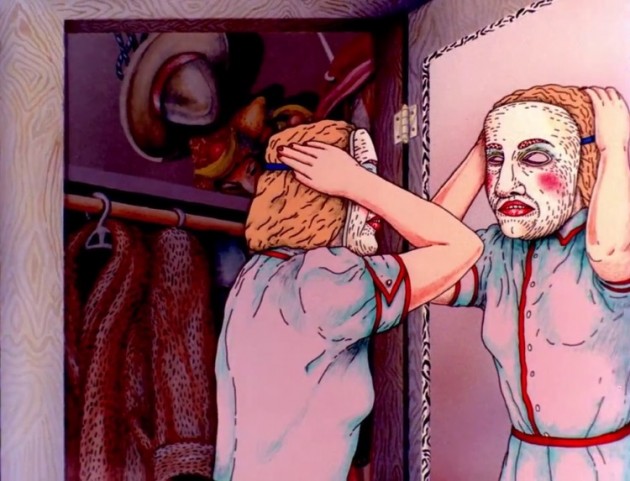 And what do you know? Perfect timing for the last piece, “El Doctor” to start up. The only one with (very amusing at that) dialogue, the tale follows the bizarre night of a lonely doctor in a backwater town in Mexico, who wishes only to stay in his drunken fantasy world that includes imagining himself riding off on horseback with a beautiful maiden into the countryside, but is reluctantly forced back into the hospital to deal with, amongst other absurdities, a gunshot victim (the animation of this many-hole filled guy is hysterical) and a young miracle child who seems to be growing flowers out of all over her skin. With its final twist ending, it’s perhaps the most conventional (and also the one seemingly least openly concerned with matters of the feminine) of the four tales, yet ultimately it’s the one I found the most poignant and emotional, with a blackly humorous streak (might have something to do with the fact that I’m, God forbid, an aging white man myself, of a few regrets here and there – so shoot me why don’t you). 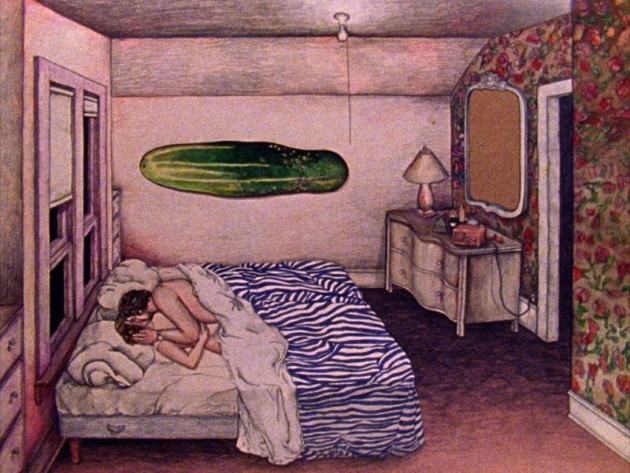 Anyway, an impressive ride for sure, a nice dip of the toe into Pitt’s candy-coated (with a touch of the bitter) surrealistic animated output; while not that much (maybe 90 minutes) more left to catch up on in her oeuvre, I’ll definitely make sure I have some weed on hand when I do.