Eight short collage films from various decades (the 20’s, 30’s, 50’s & 60’s) from six different celebrated photographers and/or filmmakers (some working together) impressionistically focus around the denizens, landscapes and impressive structures of the Big Apple, ultimately revealing, from varying perspectives, that while clothing and attitudes may change, the life forms and the city they inhabit remain eternal (well, the program ends in the 60’s before the realities of looming climate change had yet kicked into gear).

Providing another example of how thoughtfully creative the programming has gotten over there at the CQ, I can almost imagine somebody rummaging through the massive amounts of film prints they have stacked up in their archives, when a lightbulb suddenly flashed alive with the realization that they could cull together a nice little shorts program on New York City, including some silent pieces accompanied by live music from their steadiest of pianist, Gabriel Thibaudeau. And, it turns out, the various works fit together so nicely there’s almost a feeling of a single commissioned work, of various artists over a fifty-year period. 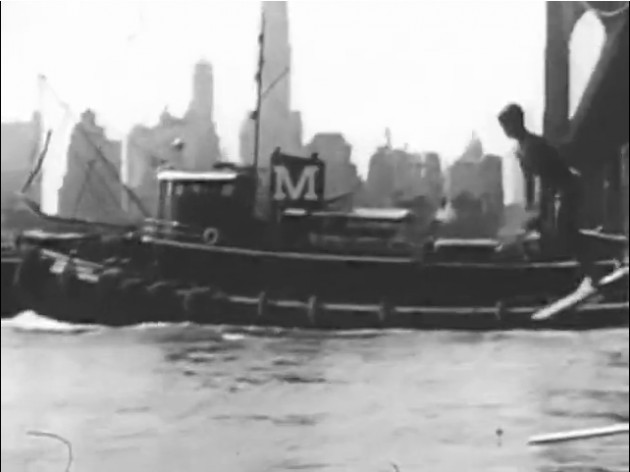 The first silent piece (Manhatta) presents the overwhelming faceless throng of daily commuters hurrying through the impressive ‘iron structures reaching to the sky’ staring down at the them, while the second, A Bronx Morning provides various casual glimpses of inhabitants (from mothers and children, to sidewalk vendors setting up) on a Bronx city street preparing for the day to start (with an electrical trolley car going by, soon to be killed off by the monopolistic desires of the oil companies, of course).

The next two works, shared by Burckhardt and Cornell, change directions from humanity’s relationship with the concrete jungle to other species, with the first one (Aviary) centering around the barely noticed yet omnipresent co-inhabitant flocks of birds in Union Square, and the second (Mulberry Street), revealing the surprising number of cats roaming about in the morning on that titular street (and artery of Little Italy), with the wild buggers interacting amusingly with the neighbourhood children (as the omni-present bust of Mozart in a shop window silently looks on).

The night turned color (with pianist Thibaudeau taking his bow and making his exit) and added a soundtrack (the soothing piano playing of Thelonius Monk, no less) as the Swiss filmmaker (and apparently famous bill-board painter from the 40’s) Burkhardt flew solo on this filmmaking/photographic effort presenting a bird’s eye, easy strolling portrait along the East Side of Manhattan. Burkhardt then brought us back to black and white with Under the Brooklyn Bridge, providing perhaps the most fascinating moments from a captivating night’s worth of experiences, as a bunch of boys skinny dip in the Hudson River beneath the Brooklyn Bridge. Putting aside the fact that, as innocent as the footage is, there would likely be some kind of outrage at the public display of adolescent boys frolicking around naked, I was wondering how these kids weren’t getting hurt amongst all the rocks and, I can only imagine, glass and debris. With the boys giggling in (silent, as there is no live sound with any of the films) glee, the landscape plays out as a dirty, slightly dangerous oasis in a tough city. 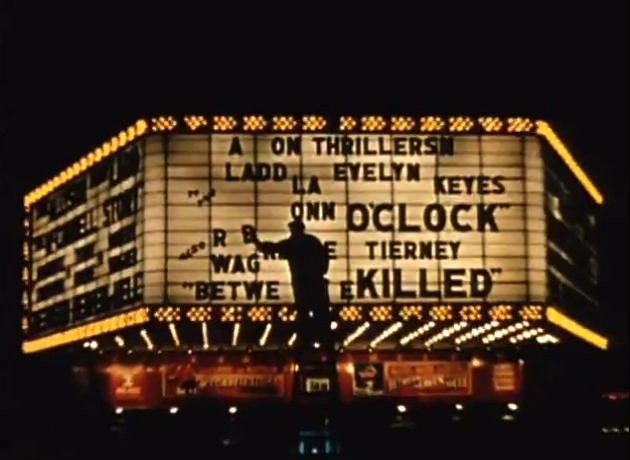 As intrigued as I am to see them, I keep missing the films of radical photographer and filmmaker William Klein, so the next short finally afforded me an opportunity to catch one of them, with Broadway by Light being Klein’s very first cinematic offering. A study of Broadway by night, it starts on a massive Pepsi-Cola display high above that, as night descends, acts a flaming neon beacon of consumerism over Times Square and soon becomes a 10 minute overlapping collage of the dazzling advertisements and glittering billboards overwhelming Times Square. It’s the most pointed of the shorts, with a decidedly anti-corporate, anti-nostalgic perspective that, based on what I’ve heard about Klein, didn’t disappoint and confirmed my desire to see his works.

Last up was Square Times, a later Buckhardt joint, giving a colourful and even occasionally poignant stroll along the Deuce, pre-grindhouse 70’s, but already beginning to show signs of the urban decay – and the Great White Exodus — that would lead there. A mixture of old school and new school, black and white, straight and gay give an invigorating texture to the streets, providing a warmly nostalgic conclusion to the evening.