An all-female band, rockin’ some serious 80’s style (in other words, completely un-radical, no matter how bitchin’ they think they look), galivant off with their opportunist producer to record a video for a secretive score said to be created by legendary violinist Paganini (he, who it has been claimed, sold his soul to the devil in exchange for the beautiful music he channelled), right in his ancient mansion home… only to discover playing the music manages to not only awaken the dead musician himself – and hearing some lame 80’s rockers playing his music understandably pisses him off — but unlocks a portal directly to hell!

The goofy blue flashy lighting effects attempting to simulate destructive supernatural attacks. The unfortunately light presence of gore (that could have been really helpful to seriously spice up the proceedings) and uninspired death set-pieces. The absurd overreacting hysteria by the girls at every supernatural occurrence (no matter how relatively benign). The oddly unthreatening mask of the Paganini ghost. The endless walking through the mansion’s hallways, with lots of badly written chatter amongst them (and not a lot of exciting things happening). As this relatively underwhelming experience unspooled on screen before me, I couldn’t help but wonder a few things. 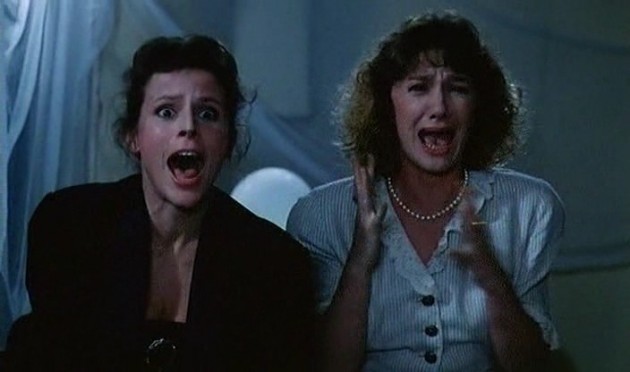 Did I over-praise Cozzi in my last write-up for his charmingly gory and fun “Alien” rip-off Contamination from a decade previous (okay, I slagged his flat directing skills a bit in that piece… but at least the film wasn’t a bore!)? Or is Argento muse Daria Nicolodi, listed as co-writer on the script with Cozzi, an actual satanic force, seducing the unwitting filmmaker into a collaboration that destroyed his vision? (After all, it would align with the final reveal of the film – a scene that also happens to be the best crafted in the entire movie – even if that isn’t saying much). Or maybe something in-between?

To be fair to Cozzi (and Nicolodi), looking back at the film’s production history, it appears to have been a nightmarish period of producers making ridiculous demands (then falling out, to be replaced by other equally problematic ones), as well as the simple reality of the film being made heading into the 90’s, when the morally righteous had arisen yet again and managed to stamp out any evidence of extreme cinematic gore (that is, until, as Rob Zombie-apologist David Gregory likes to go on about whenever I post my latest negative Zombie film review, that long-haired metal-God-turned-filmmaker ‘brought back the gore’ with his cruel and empty minded House of 1,000 Corpses in the early aughts). 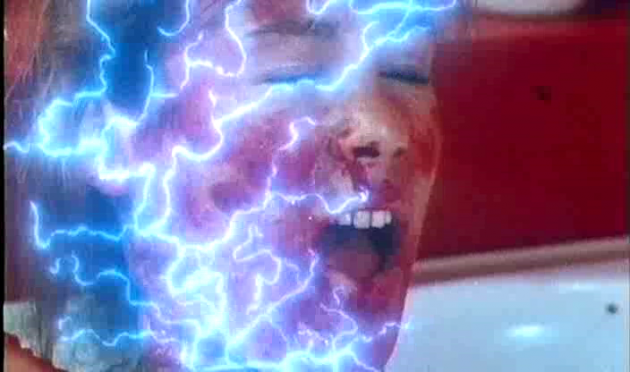 To be clear, this is far from a waste, as there is some amusement to be found in the overtly clunky and bad filmmaking playing out on screen (not the least being just the wonderment at the fact that the thing got made in the first place)… and what Cozzi lacks in cinematic skills, he (almost) makes up for with heart. When it comes to re-watching a Cozzi film, however, I’ll stick to Contamination, which stands as a legitimate masterpiece of pure cinematic craftsmanship in comparison.

Ah… who am I kidding? When the Severin bluray arrives at my doorstep, likely in a few months, I’ll assuredly be watching again (perhaps even showing it to someone) — like slowing down before an accident to glimpse the carnage, seeing if the wreckage is really as bad as I remember it. 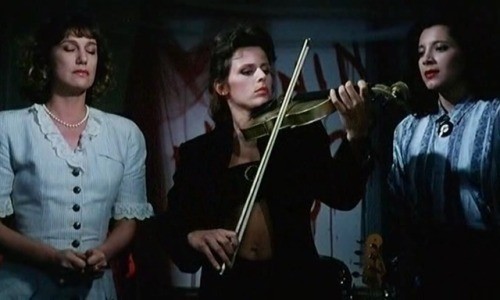 And, finally, no film can be truly bad with the late great Dr Loomis himself, Donald Pleasance, on hand playing, no less, a servant of the devil… and doing (I think anyway), his own dubbing, even though his voice is electronically distorted (though how the rock star kid buying the Paganini parcel from him isn’t a tad suspicious about why the shifty old man sounds so unnaturally ‘evil’ is anyone’s guess).