Having recently delved into a couple of filmmaker Sean Baker’s engaging slices of seedy life on opposite coasts of America, namely, Tangerine (set in LA) and The Florida Project (you can guess where), I found myself considering the much bleaker presentations of one filmmaker extraordinaire Buddy Giovinazzo (who not only holds the name but is an actual buddy), headed down similar gritty streets with his cinematic offerings, who displays an equally adept insight into the workings of human relationships on the lower tiers of the economic ladder, and yet, though clearly worthy of it, has never been crowned with the same critical darling hood that Baker has been.

Going in reverse order, I popped in the recent Severin bluray release for Buddy G’s No Way Home, the film that, with its superlative indie-hot (at a time in the 90’s when ‘indie’ practically meant the big leagues… like Angelica Film Center level) up-and-coming cast and a filmmaker given an opportunity to rock it on the next level, seemed destined to make a splash on the scene… a splash, alas, that sadly never came (with the film remaining tragically neglected, until now, in fact, with this release of Severin’s absolutely stunning new transfer). Finding the experience of re-watching (for the second time) this grim, yet deeply sensitive and thoughtful, character study amongst the struggling and dysfunctional working class on my home projector system (finally got that thing up and running) so satisfying, the very next night I decided to plunge back a decade in time in Buddy G’s filmography to revisit (in this case, for what must be the 100th time – honestly, the sheer uncompromisingly harrowing madness of this one is like returning to my favorite fine wine) the surprisingly mild-mannered director’s far-more openly bonkers (yet no less aware and insightful, if you can see beyond the operatically grotesque, near darkly comic, visions of despair, and the oozing squalor… though I say why would anyone wanna do that?) initial cinematic feature film salvo, also set in Staten Island (with its characters at even a further rung down the ladder than No Way Home) known to extreme cinema-lovers forevermore as Combat Shock (even if it was originally called American Nightmares – a title which I will always hold a special something for, especially as I attempted a similar overtly condemning reference to ‘America’ in the title of my own film trilogy… though, saying that… the title Combat Shock not only is a great title, it connects creatively to Buddy’s vision, evoking both its gaudily street-guignol style, as well as the more socially-relevant underlying themes related to war, both abroad and within the economically-hollowed out streets at home). 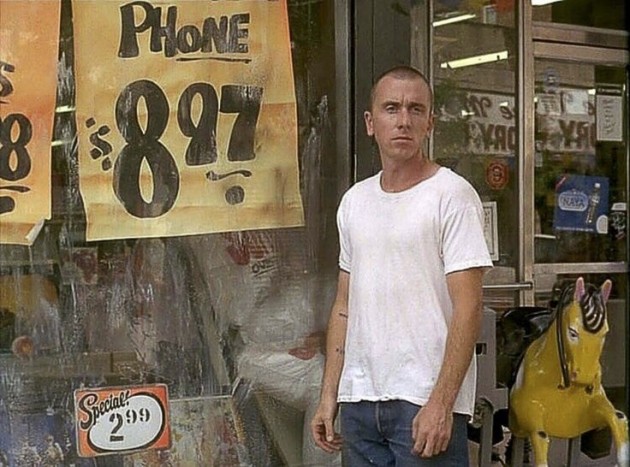 With its quieter, more intimate storytelling approach, based around performance (a smart idea when you manage to wrangle together Tim Roth, Deborah Kara Unger and James Russo to head the cast) in comparison with the unrelentingly harrowing and hysterical street vignettes of Combat Shock, I guess you could argue No Way Home as a more mature piece, a progression in Buddy G’s filmmaking, but I don’t see it that way…. or perhaps, considering how pure and brilliant of a film I believe Combat Shock to be, I simply prefer not to. I see an auteur filmmaker simply flexing different cinematic and storytelling muscles, no more or less vital and meaningful.

The contrasts between the films are obvious. For example, the simple, elegant and emotional score composed by Buddy’s brother Ricky for No Way Home representing the quiet introspection of Tim Roth’s mentally damaged Joey, just released from prison and trying to put his life back together between his irresponsible hustling and drug dealing brother (played by James Russo, always reliable for frightening intensity) and his bro’s enigmatic new girl Lorraine (man, is the camera smitten with this most gorgeous and photogenic of creatures, Deborah Kara Unger… the fact that she was ignored here only to explode on the scene the same year in David Cronenberg’s brilliant erotic oddity Crash being just another of those near-misses-that-shoulda-been that Buddy G has faced) against the far more audacious soundscapes Ricky put together for the more emotionally-outwardly-projecting Combat Shock. And the more subtle – and, again, more elegant – 35mm camerawork for “Home” as compared to the experimental and early-filmmaking 16mm visions of Combat Shock. 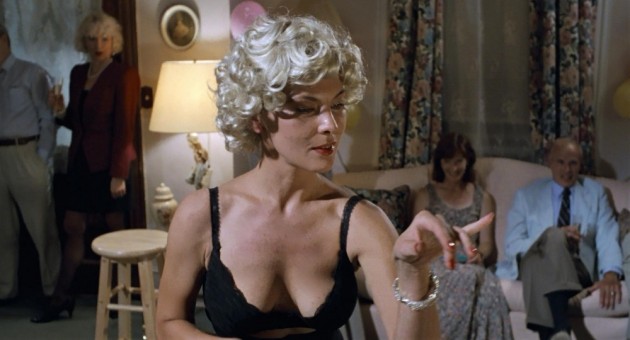 Combat Shock wallows (triumphantly) in gore and grime (and Lynchian images of a distorted Agent Orange-created monster baby, straight out of – and just as brilliantly handled, in its own way – Lynch’s iconic Eraserhead), with Buddy presenting a view of Staten Island as a drug-infested, poverty-ridden hellscape filled with the forgotten and the unwanted, and murder-suicide an almost logical conclusion to the madness. With No Way Home, Buddy’s view of his hometown of Staten Island might be a tad less bleak (the landscape shots almost act as a kind of ode, rather than as portraits of despair), it remains a tough world of struggle. Like “Shock”, “Home” also descends in its final act into a similarly brazen bloodbath (with the lurid lingering on Taxi Driver-like gore shots reminding us how, sure, Buddy might be classy-ing up with “Home”, but he sure hasn’t forgot his love of the horror film … perhaps a telling sign why he never hit the big time… after all, those respectable NY-indie cinema folk never did think much of those yuckie gore movies… sniff, sniff), yet, in this case, the brutal violence comes with a note of character redemption (along with its act of suicide – geez, Buddy sure wasn’t kidding when he called the band Suicide’s brilliant 10 minute epic quasi-performance piece “Frankie Teardrop” as a major influence).

These two films (along with his later equally important – and just as criminally ignored – urban ensemble piece from the mid-aughts, Life is Hot in Cracktown) show Buddy G as a major voice for the struggling American underclasses. Unlike the mainstream establishment, determined to dehumanize and demonize the expanding lower classes, Buddy G wants to tell their tales, flaws and all. He’s like the film world’s version of Bruce Springsteen (well, if Bruce loved horror films, that is), who, with his pared-down “Nebraska” album created a haunting elegy for the swath of the country now known as Trump’s America, doing it without dismissing its people as merely racist animals not worthy of understanding, but as humans struggling to make ends meet in landscapes defined by crime, lack of education and brutality.

And, just like Springsteen, Buddy G is a national treasure… and that’s whether the critical intelligentsia ever figures that out or not.